This genetic freak of a competitor is going to do some damage at the Olympia this year. There’s no ifs, ands, or buts about it, Keone Pearson has the kind of physique Arnold used to talk about. The kind that kids and adults look to in amazement with some envy on the side. The kind that is necessary for this sport to continue to thrive in all honesty.

Whether certain people want to admit it or not, the classic physique and physique divisions have brought new life into the physique sports. An average group of men and women across the world can look at the top competitors in amazement and jealousy with the range of size and consistently ripped conditioning displayed from physique to open bodybuilding. Men like Keone, Shawn Rhoden, and Brandon Hendrickson are and will be idols for generations of athletes to come.

Hailing from Georgia, Keone just recently took his talents to the stage in 2016 in the middleweight bodybuilding division. Quickly transitioning to classic physique, he became a hit. He attained near instant IFBB Pro status at only 22 years old in the Classic Physique division. And now, he’s won the 2019 NY Pro securing a Mr. Olympia 2019 qualification and place on the stage with the likes of Breon Ansley, Chris Bumstead, and George Peterson. It’s apparent that Keone’s shape, conditioning, and mass are exactly what’s being favored by judges. On top of that, his posing is sharp and as classic as can be.

How do you think he’ll do stacked up against the giants of this division? Only time will tell, but I’m looking forward to seeing more of the crisp, clean lines of Keone Pearson on the Olympia stage. I’d put money on top 5 myself if he can add more mass and even more conditioned. The unfortunate reality of this sport is that the judges follow it as well, are human, and of course subjective. They’ve seen Keone’s physique. If he brings the same package or even slightly worse, it will affect him greatly.

There has been a lot of hype around Keone’s hormonal status. Someone with as impressive a physique as his has got to be abusing androgens like some other more vocal bodybuilders, right? Not the case with this man. He has been clean as a whistle when it comes to performance enhancing drugs. To be 100% transparent, I’ve been privy to the exclusive information, that for the 2019 NY Pro, Keone was introduced to the world of performance enhancing drugs with a very, very mild protocol, even less than what’s considered a “starter” protocol for amateurs for open bodybuilders these days honestly.

With his willingness to explore this aspect of the sport, his true potential is limitless. Could we be seeing a longtime Mr. Classic Physique Olympia in the making? There’s a strong chance. He has been continuously improving, he’s still very young, and he’s as genetically endowed as it gets looking at his full muscle bellies and shape. With Flex Wheeler in his corner, the whole world will be watching as he preps for and, potentially, wipes the floor with the Mr. Olympia competition in 4 short months from now.

Disclaimer: This article is the sole opinion of Nick Trigili. Generation Iron Brands LLC does not condone, support, or advocate any form of illegal drug use. 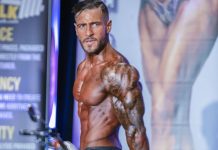 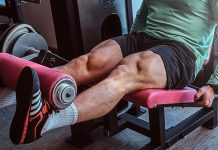