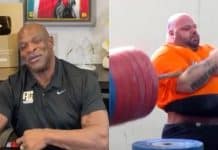 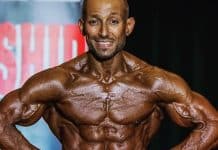 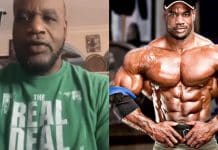 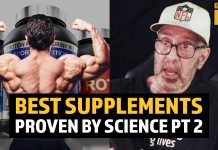 King Kamali explains why fasted cardio specifically in the morning is an extremely important part of bodybuilding and shouldn’t be overlooked.

King Kamali wears many hats in the bodybuilding industry. In his prime, he was a threatening pro bodybuilder on the stage. Since retiring, he has made a name for himself with his blunt and often charismatic bodybuilding commentary. He is also an extremely effective trainer and coach. That’s why during our most recent GI Exclusive interview, we asked King Kamali to explain the importance of fasted cardio in bodybuilding.

For many, cardio is the worst part about fitness. In bodybuilding, it’s something that is far too often ignored. That’s due to the fact that going too hard into cardio could lead to loss of muscle. But if you swing too far in the other direction and avoid it all together, you also lose out on tightening up your conditioning to near-perfection.

Kevin Levrone previously told us in an interview that the current generation of bodybuilders don’t suffer enough. It seems like King Kamali agrees – and part of that falls into cardio. In our most recent interview segment, Kamali details just how important fasted cardio is for a bodybuilding lifestyle. Specifically, it’s important to do fasted cardio in the morning for the best effect.

According to King Kamali, there are a few reasons that doing fasted cardio in the morning is best. One is that it gives you a kickstart to your day. It wakes you up and brings you into focus for the tasks you need to complete elsewhere in the gym. It prevents lazy workouts – or at least helps prevent them.

Secondly, King Kamali thinks that it kick starts your metabolism and provides calorie burning throughout the entire day. It makes it so that your other work outs bring in more fat burning and help really bring in some spectacular conditioning.

This is where the suffering comes in. King Kamali details his prime years and how he would push himself through 60 minutes of cardio on top of the usual contest prep routine. He describes it feeling like he was in hell – but it helped him earn some exceptional conditioning in the long run. Kamali doesn’t think that younger bodybuilders do this anymore. At least not most of them.

King Kamali states that he thinks there are too many other drugs and supplements that bodybuilders look towards instead. Why do cardio when you can take a powerful fat burner? Why suffer when you can take a drug that makes you grow bigger faster? While drugs have always been a part of bodybuilding, Kamali thinks we’ve tipped over the edge with the new younger generation of athletes.

You can watch King Kamali’s full comments breaking down everything you need to know about fasted cardio in our latest GI Exclusive interview segment above.