Mark Wahlberg is The King of Transformations

Mark Wahlberg fans buy the tickets to see his giant shoulders, ripped abs, and big guns. Not to mention, his great acting skills and comic timing also do help. Wahlberg has done it again, and this time it’s not what we usually expect from him.

It’s not uncommon to see celebrities undergoing a physique transformation for their films but the speed at which Wahlberg has put on weight is quite remarkable. While we don’t have the specifics of the diet he followed for his weight gain, we can imagine it involves Wahl-burgers and cold coffees.

Before starting his bulking phase, the two-time Oscar-nominated actor made an appearance on the late-night talk show Jimmy Kimmel Live. Mark told Jimmy about his new movie and the boxing training he had been doing for his role.

“After we do the boxing scenes, I get to put on as much weight as possible. I’m challenging myself to put on 30 pounds in the next six weeks.”

Ta-Da! Mark Whalberg has put on 20 pounds of the said 30 lbs in almost 20 days since he made the guest appearance on the late-night show. That’s almost a pound per day since that interview.

Mark Wahlberg is packing on the weight for his upcoming movie Father Stu (tentatively titled) where he is playing the part of a boxer-turned-priest. Wahlberg looks dapper in the ‘before’ picture with his washboard abs, handlebar mustaches, and sweat-doused hair.

If you are to believe Rhea Wahlberg (Mark’s wife), he looks just as hot in person with his dad-bod.

But just when we thought the menace is over, Mark posted another video on Instagram where he says he’ll be putting on an additional 20 pounds over the already gained 20 lbs. The craziest part about the video? Wahlberg still has abs.

We are waiting to see the final ‘after’ photo once his bulking phase is complete and he switches to the maintenance phase. If the performance of ‘The Fighter’ is to be considered, Mark’s new movie is going to be a box office hit since his fans love watching him play a boxer.

It’d be safe to say Mark Wahlberg knows a thing or two (maybe more) about fitness. He owns a supplement brand and a gym chain. Mark’s Instagram feed is full of training videos and motivational posts.

Before you decide to comment on Mark’s body, know that he’ll be back in no time and you’ll be forced into face-saving.

We love how Wahlberg made himself accountable to his fans by announcing his transformation goals on national TV. We encourage everyone serious about their transformation to add some form of accountability to the mix. 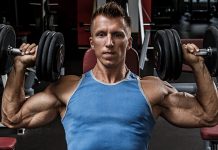 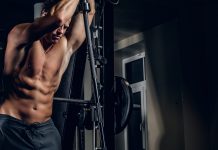 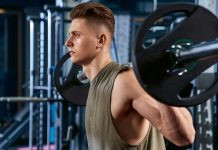 What Is The Steinborn Squat & Is It Worth It?