Friday, December 17th held the Mr. Olympia 2020 pre-judging and comparison rounds. It was a stunning display of individual posing routines and callouts. After a crazy year of ups and downs – it was amazing to finally see the result of these pro bodybuilders’ hard work.

And despite a large number of changes to the lineup, this might be one of the most exciting Mr. Olympia competitions we’ve seen in recent years. As it stands now, it appears that we have four competitors all neck and neck for the Sandow trophy.

It was so close that it’s hard to exactly predict what will happen. With a whole 24 hours between the Mr. Olympia 2020 pre-judging and the finals – anything can happen.

IFBB Head Judge Steve Weinberger really put the pros through some paces during the Mr. Olympia 2020 pre-judging. He held multiple callouts, switched around the order often, and kept the top picks on stage for a long time. That’s why we’re breaking down a play-by-play of exactly what happened.

At first, the callouts went pretty much as expected. The expected heavy hitters showed up in first callout. One small surprise came in the form of Akim Williams, who made it into the first callout alongside Phil Heath, Brandon Curry, and others. 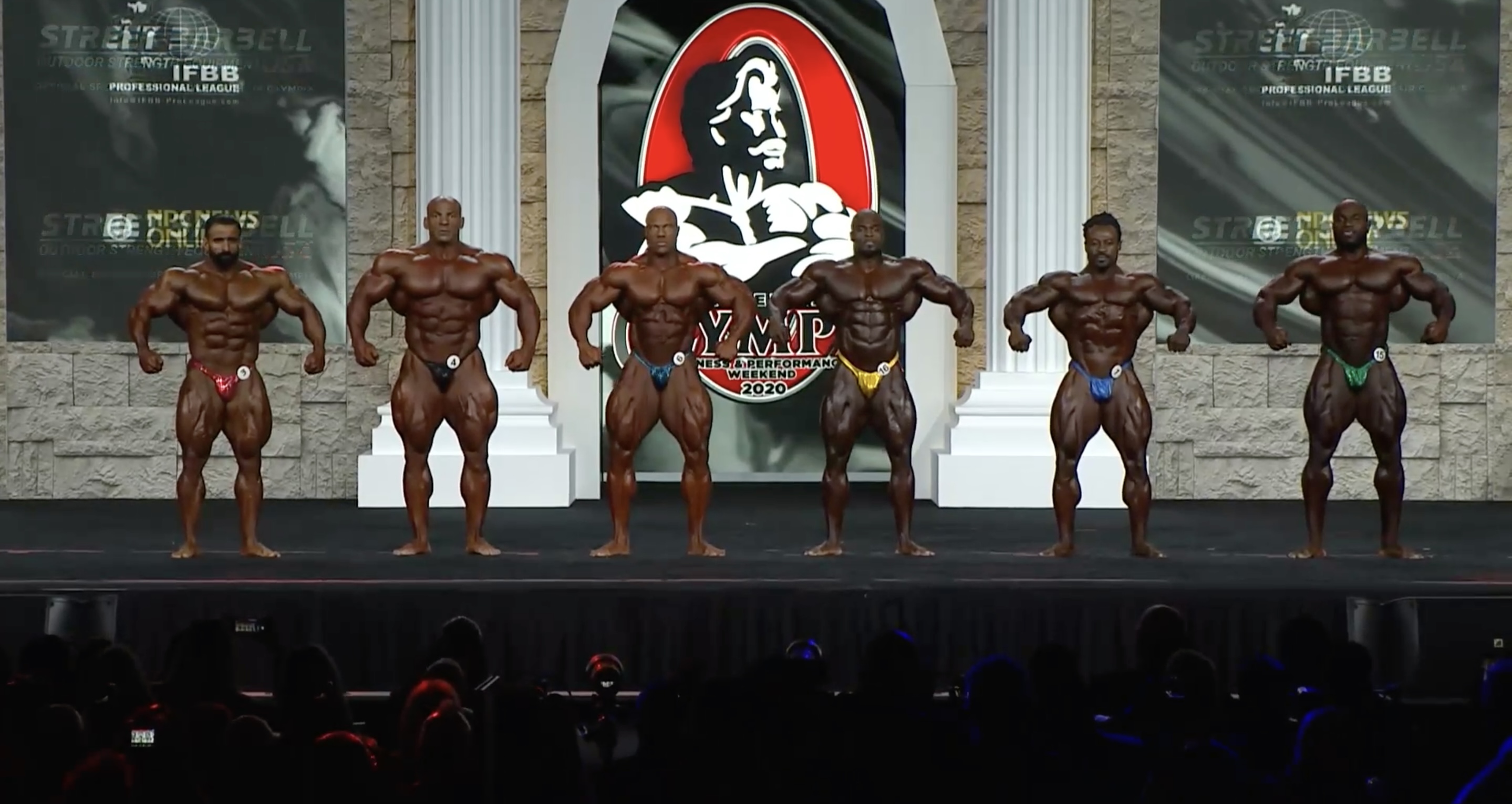 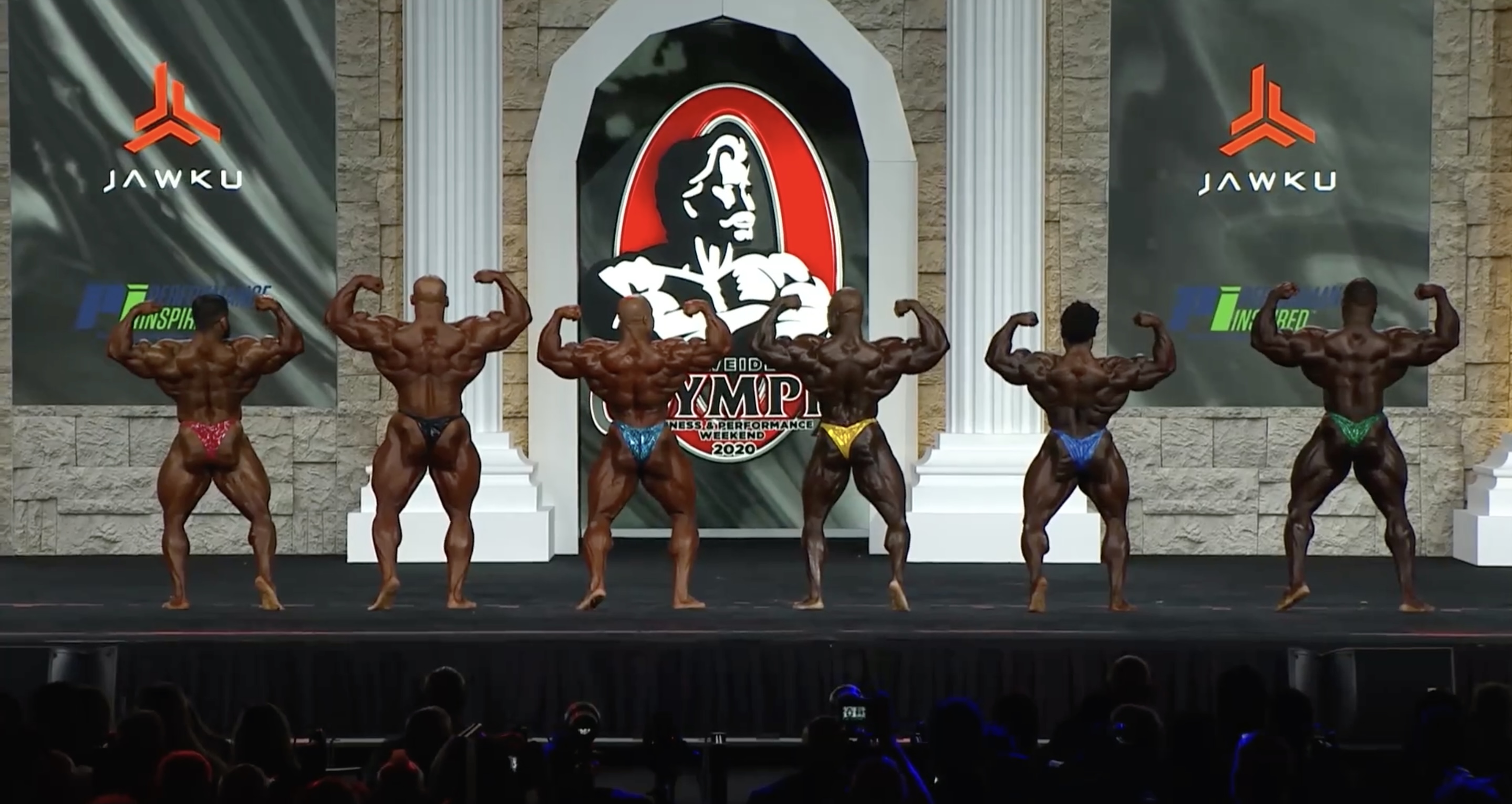 Interestingly, Akim Williams was then brought into the second callout as well. Typically the competitors initially considered to be the second tier of results – possibly 7-12 placings. The fact that Akim was brought into both the first and second callouts show he was teetering on the edge of the top 6. 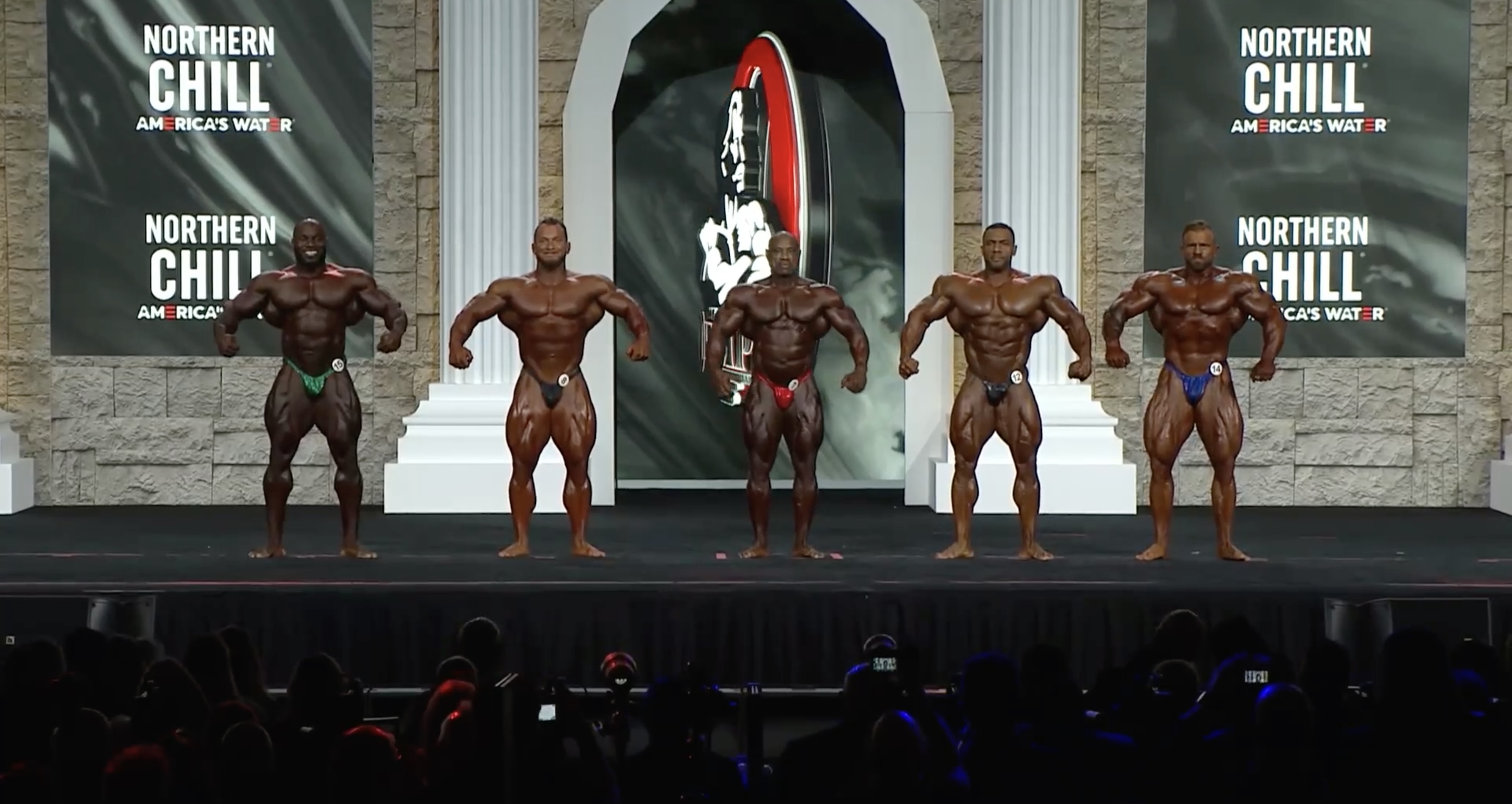 The third callout was more standard, showcasing the next tier of bodybuilders. While these competitors are truly talented and exceptional for making it into the Mr. Olympia at all – it’s clear they will likely not make it into the top 6 finals announcement later tonight. 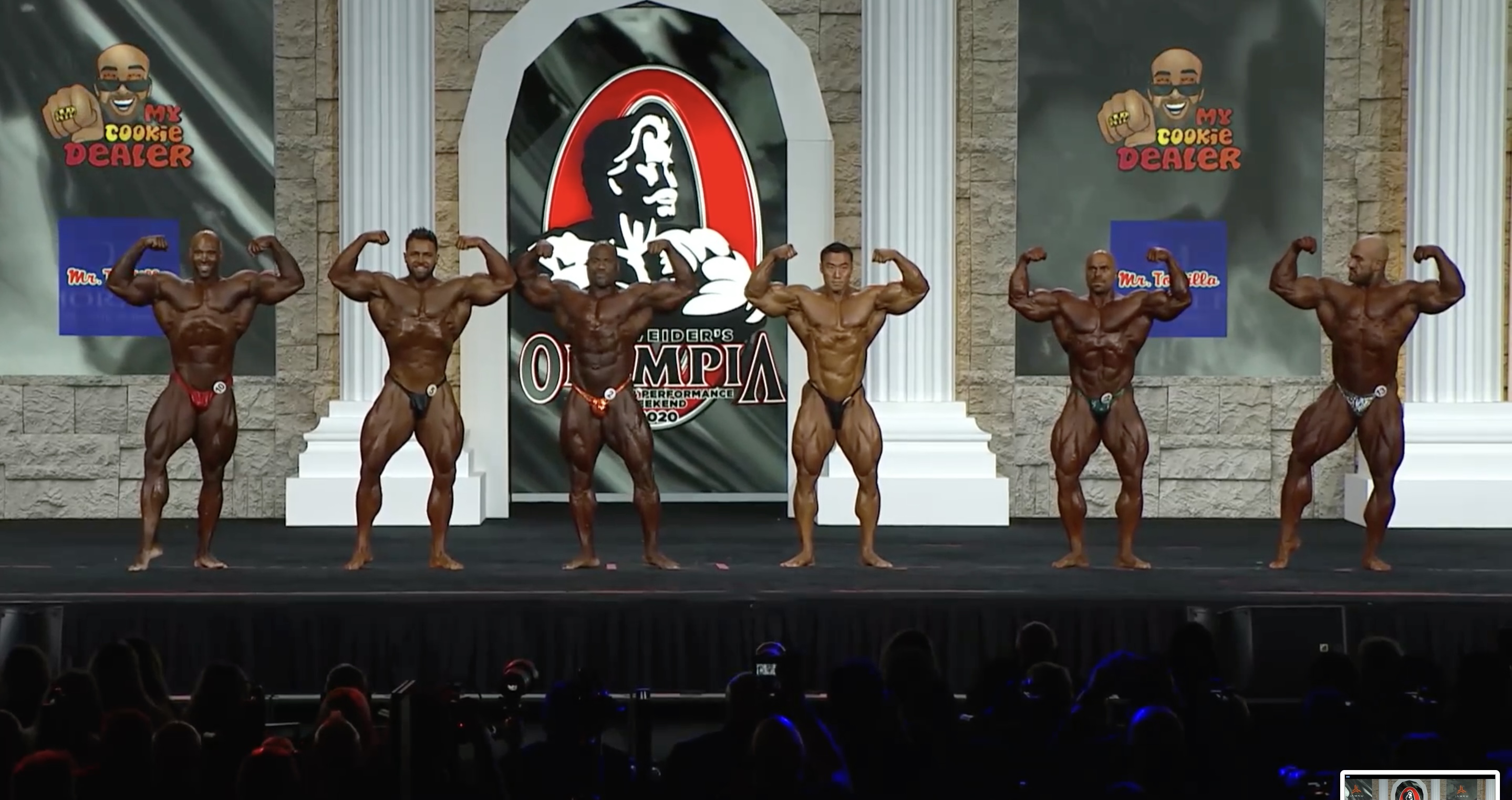 The fourth callout is where things got interesting. In what appeared initially to be a top 4, Weinberger called out William Bonac, Big Ramy, Phil Heath, and Brandon Curry. One of the great things about the way Weinberger handles the callouts, is that he likes to psych out the crowd and keep excitement. While he is certainly bringing out these competitors for a scoring reason – he’s also trying to throw off expectations for fans who know how the callouts usually are handled. 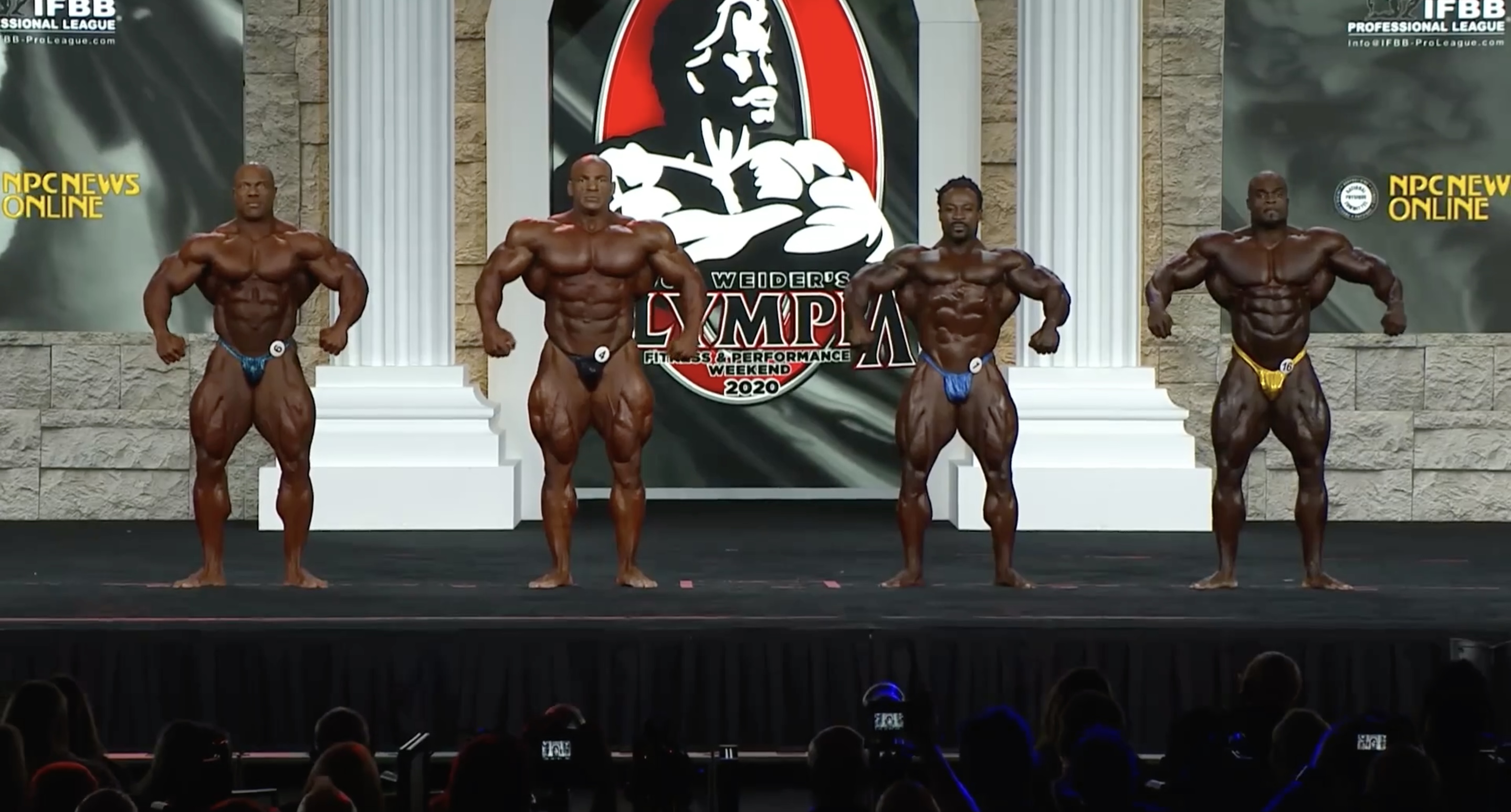 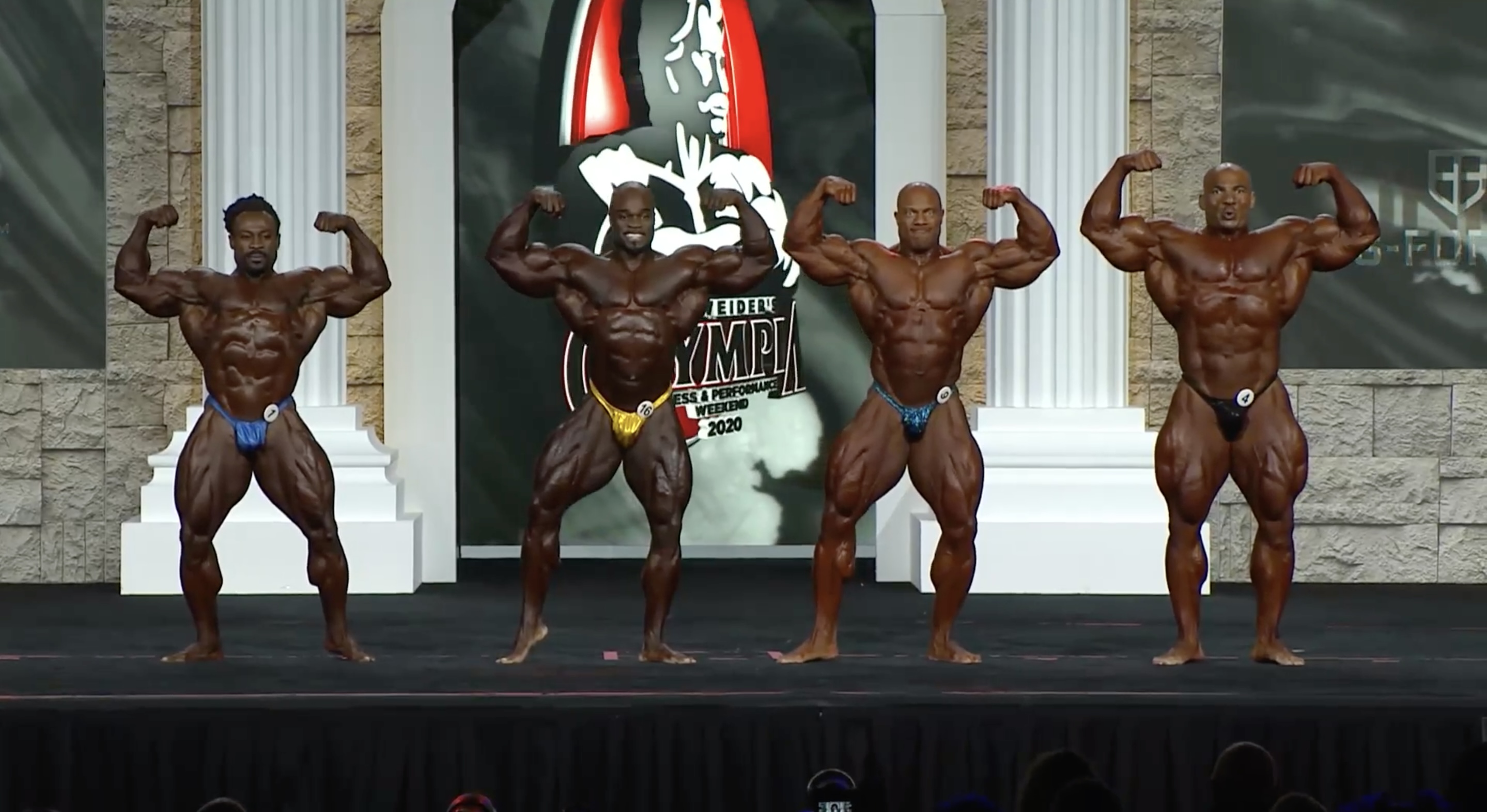 The fifth callout seemed to bring out a second round of potential second tier placings. After reviewing the first few rounds of callouts, the judges wanted to compare a slightly different selection of athletes. Most notable was the fact that Hadi Choopan was included in this lineup.

All in one simple bundle for any athlete who takes their progress seriously. 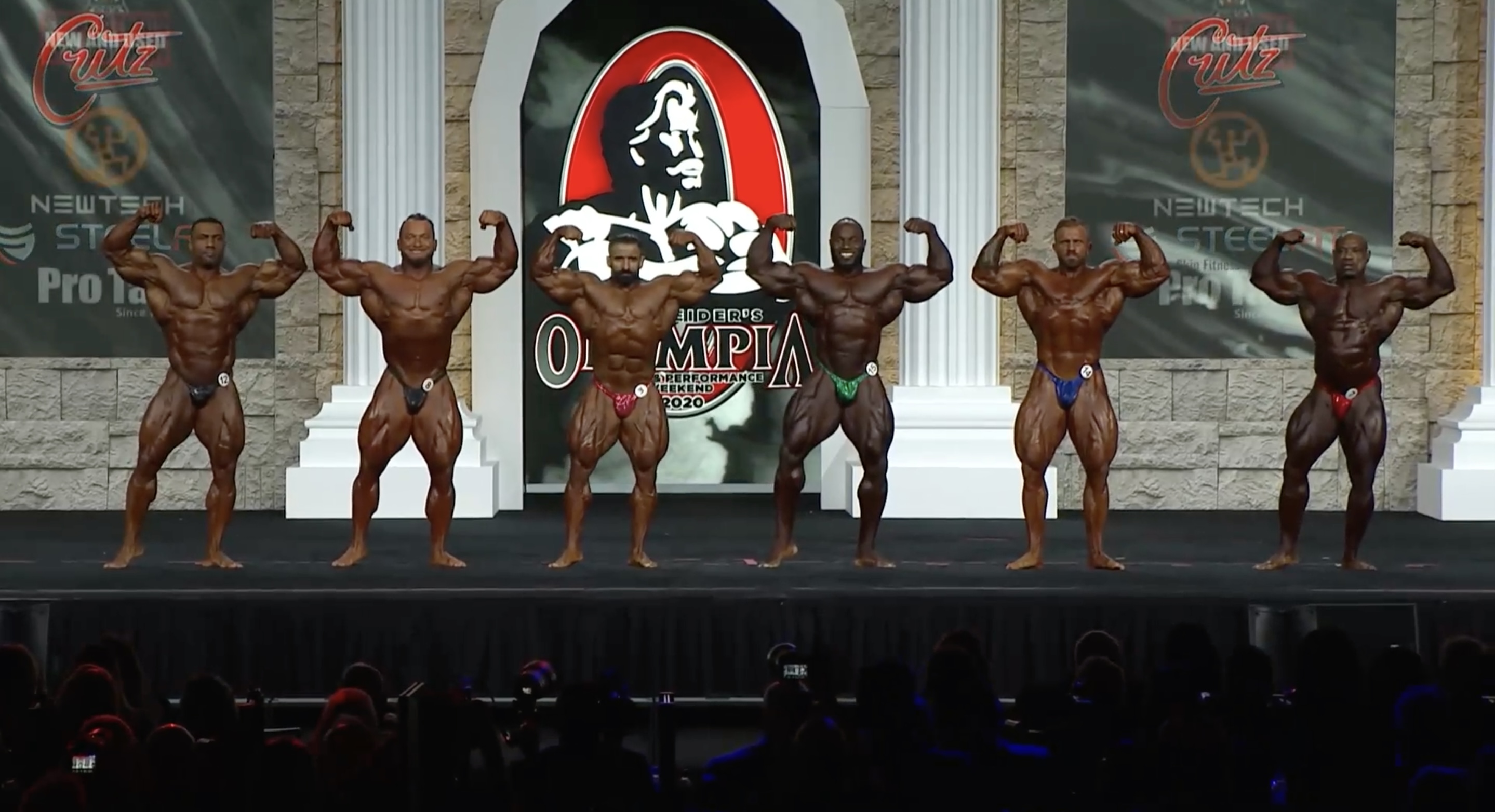 But for those who were worried about Hadi Choopan due to the fifth callout – there was immediate relief. In what appeared to be a top 6 callout, Steve Weinberger called Hadi’s name to be included. Whatever concern they had moments before seemed to be alleviated.

During this 6th callout, Weinberger switched around a lot of athletes. Typically the two or three in the center are the ones in consideration for the trophy. The one constant was Big Ramy, who stayed in the middle the entire time. At first Phil Heath was also in the center by Big Ramy’s side. This was switched bring in Brandon to the center.

But just as it seemed Brandon was going to edge out Phil, things switched again. Brandon Curry was moved out of the center and Phil Heath was brought back into the fold next to Big Ramy. 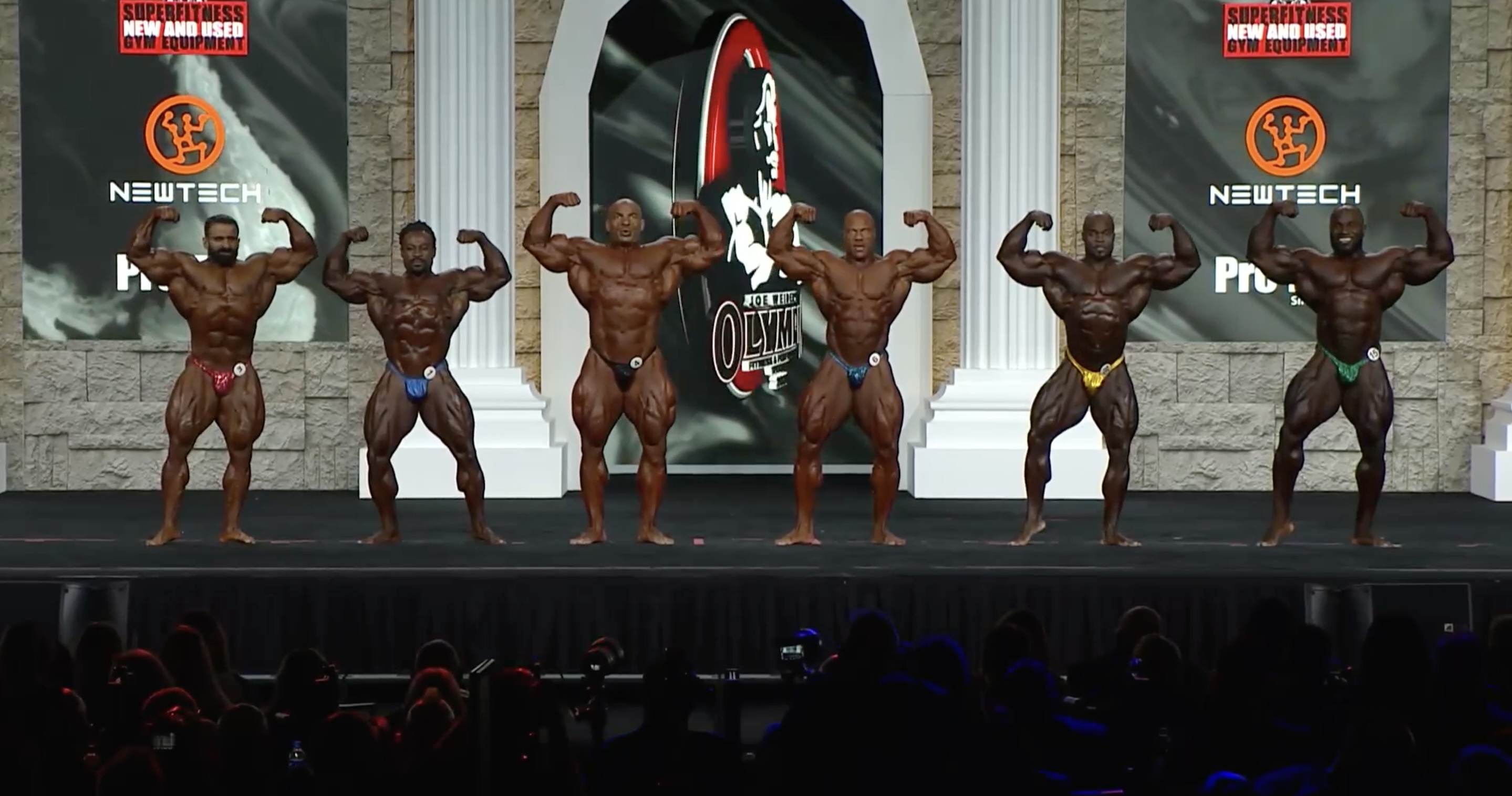 And then the big moment came. The seventh and final callout was clearly a more cut down top 4. This included Hadi Choopan, Big Ramy, Phil Heath, and Brandon Curry. Not only was this the top 4 callout, but Weinberber really started putting these four through some serious paces. 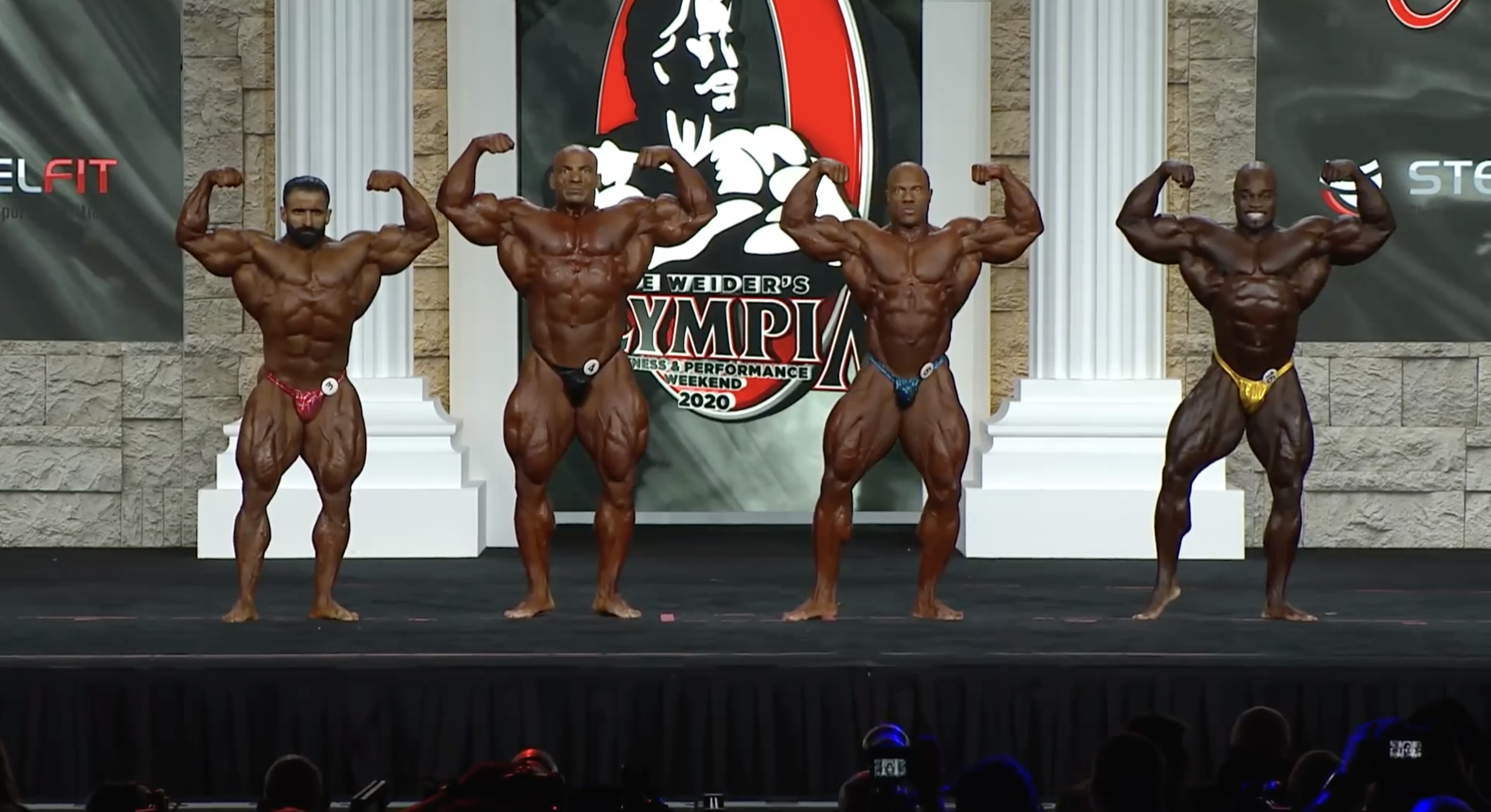 During this final top 4 callout, Phil Heath and Big Ramy stayed in the double-center. They weren’t moved around and instead simply put through a lot of poses. After this long series of callouts, one thing of note was that Hadi Choopan was actually appearing harder as the night went on. While many competitors seem to fade in conditioning – Choopan improved. This is good news for Choopan and might explain why he was moved from earlier comparisons into the top 4.

But here’s the thing – this is still all just the pre-judging. Tonight we will have another round of comparisons and a lot can change between the first and second day. Phil Heath has often been called “Mr. Saturday Night” due to his ability to improve on the second night. Will this happen again and clinch another victory?

As it stands right now, it seems that Phil Heath and Big Ramy are the two top contenders for first place. But honestly, this is so close that anything can happen. Brandon Curry looks better than he did last year and really brought an improved physique. As stated before, Hadi Choopan improved throughout the night. If he can pull that off again tonight it can be a powerful tool.

If we had to make a prediction right now – based on the Mr. Olympia 2020 pre-judging here are our picks:

As mentioned, while this might be our initial predictions, it’s so close that we are open to anything happening. We’ll just have to wait until the finals later tonight.

Until then, stick around the Generation Iron Fitness Network for our continued updates and coverage of the Olympia 2020.