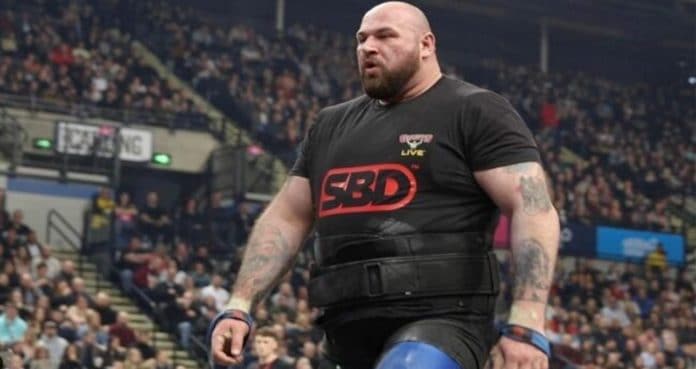 Pa O’Dwyer is a late scratch in the event due to an injury.

The lineup for the 2022 World’s Strongest Man competition has seen plenty of overhaul since it was originally announced. With the event set to kick off today, there is still some turnover. Pa O’Dwyer announced on Monday night that he will not compete due to an injury. Andy Black is prepared to step in and act as his replacement.

O’Dwyer shared the information on social media in the form of an Instagram post. He did not speak on his injury but expressed that he would not be competing and thanked his supporters for the messages.

“Unfortunately had to withdraw from this years @theworldsstrongestman due to an injury which il address at a later time.
Absolutely gutted is an understatement..

Thanks everyone for the messages and support💚
Il be back for that top 10 spot again.”

Andy Black is set to make his debut in the World’s Strongest Man. The Scottish strongman is a two-time Scotland’s Strongest Man winner so he will bring plenty of strength to the competition.

Black will enter the event at 6-foot-7 and 430 pounds. He is extremely athletic and can move well despite his size. We have seen this over the course of his career competing in six major competitions. Black finished third at the 2021 UK’s Strongest Man competition. Black has competed once this year placing sixth at the Britain’s Strongest Man.

Over the course of his career, Black has excelled at the Atlas Stones. He has raw strength and this allows him to handle the stones in an impressive manner.

Pa O’Dwyer becomes the latest strongman to pull out of the show. Mateusz Kieliszkowski was one of the favorites to win the entire thing before pulling his name out. Grzegorz Szymanski was named his replacement. Rauna Heinla was another name that will not compete while Mitchell Hooper steps in. Most recently, Peiman Maheripourhir had to bow out with visa issues.

There were a handful of athletes decline to compete in this competition including Iron Biby, J.F. Caron, and Zydrunas Savickas. This will still be an exciting event with some of the world’s best prepared to make an appearance.