Ronnie Coleman spoke out about the issue in a recent interview.

Ronnie Coleman is a legendary name in the spot of bodybuilding. He is considered to be one of the best to ever step on stage so he draws much attention when he speaks on certain topics. In a recent interview, Coleman took a stand on the issue of diuretics in bodybuilding.

The use of diuretics is common in bodybuilding. This is a tactic used to dehydrate the body and allow muscles to pop more on stage. However, it could have some serious side effects and that is what Coleman explain in his interview. He highlighted his process prior to the 2001 Olympia, where he thought he was going to die.

“The one that stands out the most to me is ’01, where I was totally dehydrated the day of the show, and I was thinking I was going to die. That stands out to me more than any other show because I was on my way to the hospital and Chad (Nicholls) called me and said ‘Don’t do that,” Coleman said.

Ronnie Coleman won eight-straight Olympia’s from 1998-2005. He was dethroned in 2006 when he finished second to Jay Cutler. The 2001 competition sticks out the most because of how he felt physically before. Coleman was told to hydrate before the competition — even if it would impact his performance on stage.

This helped Coleman feel better physically. Because of this experience, Coleman believes that competitors should be tested for different diuretics and they should be banned from the sport all together.

“Those diuretics are dangerous. They will kill you, as we’ve seen in the past. I think it’s mostly all about the diuretics, so I think if they brought diuretic testing back, that would solve the problem.”

Coleman knows a thing or two about Olympia’s so he gave some insight on the upcoming event. Big Ramy took home the title in the 2020 Olympia and will look to make it two in a row this year. Coleman is one of the believers that says Big Ramy will be difficult to defeat.

“He figured out how to manipulate the water, that’s what it’s all about… I think Ramy’s a shoe-in.”

Ronnie Coleman is the latest to speak out on the controversial issue of diuretics in bodybuilding. There has been a string of recent deaths in the bodybuilding world and while there have not been many causes revealed, diuretics has been a discussion. Coleman believes that the sport can benefit from getting rid of them all together. 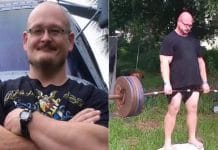 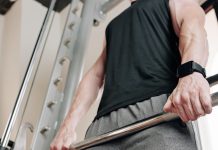