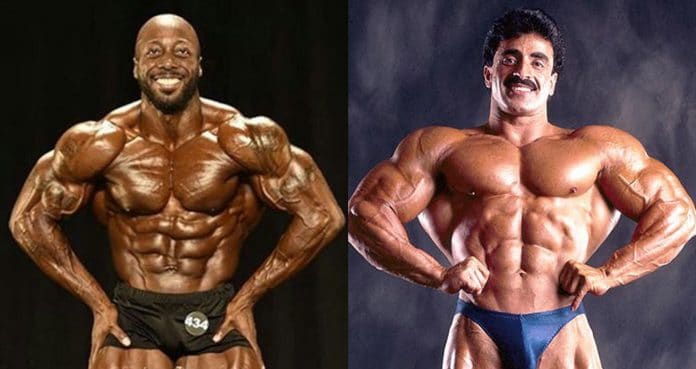 The bodybuilding world is still trying to process the untimely and tragic death of pro bodybuilder George Peterson. The Men’s 212 competitor passed away suddenly in his hotel room just days before being set to compete at the Olympia 2021. Now it seems former Olympia champion Samir Bannout has taken to Instagram with his reaction to the death. In a controversial post, Samir Bannout claimed that the “new coaching system” is to blame for Peterson’s passing at such a young age.

This year has been a hard one for the bodybuilding community with many athlete and iconic experts passing away. While there is no official connection between these deaths – and some even being conclusively due to separate causes – some have raised alarms about an increasing health issue in pro bodybuilding.

Mr. Olympia owner Jake Wood had previously gone online to state he wanted to see changes made to systems in pro bodybuilding to make the sport healthier. This came after the death of a competitive bodybuilder hours before competing in a show.

That being said, at this point we have no official cause of death for George Peterson. While many have speculated, the reason for his passing can be due to a wide variety of possibilities. Many of which could have nothing to do with bodybuilding and the lifestyle behind it.

Regardless, Samir Bannout took to Instagram to make an emotional statement – connecting Peterson’s death with the methods that athletes and coaches take in modern bodybuilding.

Here’s a transcript of what Samir Bannout posted on his official Instagram:

“Truly sad to see George Peterson leave us so soon… @ only 37 years ..may he R.I.P.
I blame his passing on the new coaching system… we really need to stop those unqualified coaches… that’s completely unacceptable. George was one wonderful human being n losing him just like that, upsets me 100x more!!“

Samir Bannout’s comments led to immediate backlash by bodybuilding fans in the comments. Many believed that he was jumping to quick to conclusions at a time when little to no information is available regarding the cause of death. It’s clear that this is an emotional time for everyone – and with it only being days after George Peterson’s death – many in the comments lashed out angrily at Bannout.

Bannout then took to the comments to make an official response – in hopes of clearing up some of the anger and confusion about his original statement:

“My dear friends. My message here is not to be directed to any one person,” he wrote. “It is not about the coach itself, it is about the level of extreme METHODS being used these days and taken as normal both from the sport, it’s coaches and of course the athletes who after all are the ones taking the decision to execute these methods.”

Bannout then further apologized for his initial comments and the way on which he decided to respond:

“I truly care about all of you who are involved in this beautiful game of bodybuilding. & I sincerely believe that we can having amazing results without harming ourselves and enjoying the victory living happily ever after. I apologize to you all and Justin if I have reacted & spoken too early.”

“I am passionate & simply care so much after being around so long. My message was not to be taken derogatory to towards anyone in particular, but rather the state of the system itself today. George was and is a wonderful person. It breaks my heart. So I have to speak from my ♥️ and with decades of experience. God bless all.”

Samir Bannout has been a vocal voice in bodybuilding for quite some time. In a recent series of GI Exclusive interviews we conducted – Bannout was open to speaking out against many of the issues he believed were in the sport. He has always tried to make it clear that he is passionate about the sport – which is why he speaks out in hopes of making it even better and safer.

Despite this – the timing of his comments with so little information about George Peterson’s death certainly sparked a very heated and controversial argument in his post. Only after full and complete details are made available – can we start drawing conclusions as to whether or not his passing was due to a bodybuilding lifestyle.

George Peterson was a beloved pro bodybuilder in the Men’s 212 division. He was only 37 years old at the time of his passing. To many, he was just at the start of his prime in his bodybuilding career. But most importantly, he was just starting the prime of his life – one that is often noted by those who knew him as filled with positivity and kindness.

A native of New York, also known as “Da Bull,” George Peterson was a bodybuilder with an incredible physique and an equally incredible journey throughout his bodybuilding career. Peterson started bodybuilding over 10 years ago, took a 5 year break, and then returned in the newly minted Classic Physique division. Peterson competed in the 2017 Tampa Pro where he placed third in Classic Physiyque. He later entered the 2018 Olympia where he placed third. He ultimately when on to win the 2019 Arnold Classic Physique contest. Peterson eventually changed things up and bumped up to the Men’s 212 division. His Men’s 212 debut was in 2020 where he went on to win the 2020 Tampa Pro and place third at the 2020 Olympia.

It can’t be stated enough how tragic this loss is to the bodybuilding world, friends, and loved ones of George Peterson. Generation Iron once again offers our deepest condolences during this time.