Simeon Panda talks about his journey to bodybuilding & fitness success.

Simeon Panda is a bodybuilding & fitness entrepreneur and social media megastar. One of the rare elites that have made an entire business through new media. So what is the secret to his success? Hard work just like everything else in life. Yes of course raw talent and an exciting personality is important – but hard work is the foundation that raises the bar and separates the men from the boys.

In this Iron Cinema interview, Simeon Panda goes into detail about his entire journey and how he became the digital and social media megastar he is today. He also discusses his future in acting and how, even though he has hundreds of thousands of followers, he needs to start at the bottom of the acting pool – just like everyone else. Check out the full interview above! 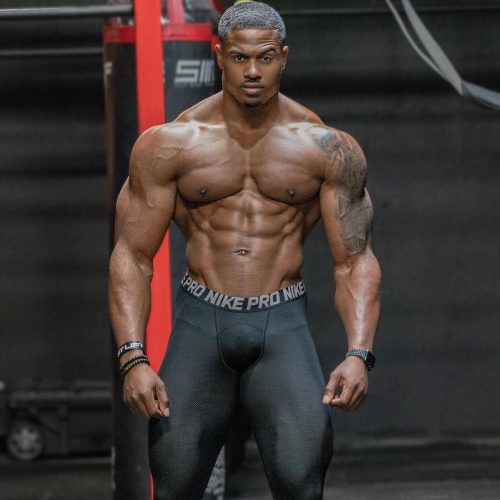 Who Is Simeon Panda?

Simeon Panda began his journey in London as a bodybuilder and fitness coach. Once social media exploded, he built a following with 9 million subscribers and works as a fitness entrepreneur with multiple businesses including online coaching and clothing. He has since moved to Los Angeles and found comfort with where he’s at. Looking at his situation now, he loves the warm weather, but isn’t the biggest fan of all the sodium in American food. As someone who takes nutrition seriously, this is just something he works to avoid. Being in LA has allowed him to ship and distribute his products much easier and has now sought to pursue acting since there are more opportunities for him in LA.

Starting out, he fell in love with training. The sheer act of lifting brought him joy. Going through college, he realized he could make a career out of physical fitness and worked in PT for a while. He then bounced from job to job before realizing he could help people online. He started writing blog posts for his lifting and training and ultimately built up his website with many followers. Through writing e-books, he was then able to tour the world speaking all over thanks to this large following.

When it comes to influence over pro bodybuilders and social media influencers, it is all dependent on the individual. Title of pro might not mean much, but its how one uses that influence to reach many people. Now, more pros are more active on social media and many are becoming more successful. For Simeon, he might not have the same idea of a pro but his credibility comes from years of lifting and knowledge gained. At the top of the food chain of influence, he finds it interesting to look at those chasing Insta fame. Traveling, cars, and money are all the lifestyle that people seek on this road to fame. Its hard work and consistency that all this comes from. His love of lifting made him what he is today, and the fame followed. Connecting with people in person is what he enjoys, but with those online he will try to respond if it sticks out to him. Reading comments sometimes gets him if they are negative and responding is human nature. He tries to be constructive about it and educate them which sometimes works. The regular trolls are tough to change their minds but at least he tried.

Simeon’s name has come up a lot on the debate of natural versus non-natural which is a common theme for those in the fitness world. For Simeon, he finds it boring and talking about it annoys him. It seems like people will drop names to just get views. The word “natural” has become a title keyword for views and it simply is just a boring subject. Overdone is a word he uses to describe this and that the tedious nature of responding is just getting old. For Simeon, he trusts his training and knows his physique has come from years of hard, natural work. “Just lift” is a motto he truly lives by.

Simeon Panda now has a solid plan for what his future holds. Through his businesses, online fitness following, and now acting pursuit, he is well on his way to continue thriving in the fitness and entertainment world. A young entrepreneur, those following him now have  a great model moving forward when it comes to their own personal goals.