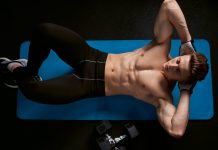 Jon Jones has once again tested positive for a UFC illegal drug. And while Jon Jones still denies it despite two separate tests proving him guilty – it looks pretty obvious that this will remain another blotch on the mega fighter’s career. But exactly what is turinabol and why would Jon Jones risk his career by taking it before his big fight? Jerry Brainum breaks down the facts behind this oral steroid, what it does, and why Jon Jones might have wanted to use it before his big fight. We might never really know what happened or why Jon Jones used turinabol – but this breakdown might help us all get a little bit closer to the truth. Get the Straight Facts in our episode above!