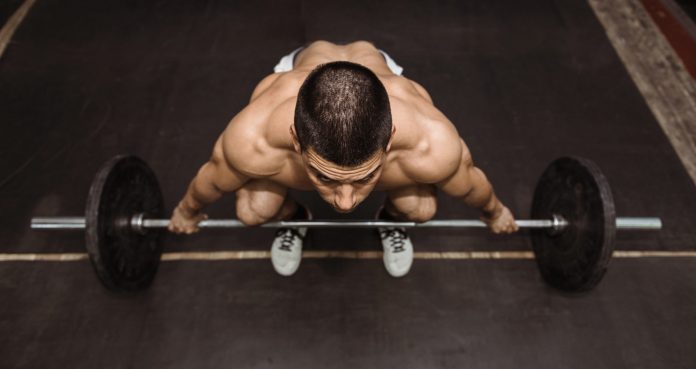 The Olympic Lift That Develops Strength, Size, and Fitness

While the Olympic lifts are challenging in terms of execution, there are distinct benefits associated with regularly performing both the clean & jerk and snatch.

The action required in the clean & jerk utilizes practically every muscle in the body as well as placing a large demand on the body’s nervous system.

While performing the clean & jerk will bring about an array of benefits, care is advised. The clean & jerk technique is tricky. If you are new to exercise, start light and be willing to spend time refining your technique.

Start by assuming a hip-width stance and place both feet directly under the bar. Drop down to the bar and, using an overhand grip, place the hands slightly wider than shoulder-width.

Drop the hips down, engage the core muscles, lift the chest and squeeze between the shoulder blades before initiating the pull. In this position, the shoulders should be in front of the bar.

When pulling, focus on driving the heels through the floor and extending only at the knees. As you pull, ensure that the bar stays as tight to the body as possible.

The second pull begins when the knees are fully extended and the bar is just above the height of the knees. As you move into the second pull, the bar should begin to significantly accelerate.

Having extended at the knees in the first pull, the knees should then begin to move forward so that the trunk assumes a more vertical position.

Once again, the bar should stay tight to the legs as it moves up the thigh and the core should remain engaged throughout.

To drive the bar upward in a vertical path, triple extension should occur. This is a rapid and simultaneous extension of the hips, knees, and ankle.

When the bar makes contact with the hips, it should then be aggressively pulled upward. A combination of triple extension and upper body pull will drive the bar upward.

As the bar rises, you should quickly drop down into a squat in order to catch the bar on the front of the shoulders. Once the bar has been caught, you must then powerfully drive through the heels to a standing position.

For the jerk, drop the elbows and widen your grip on the bar slightly. Push the chest up and engage the core before initiating the jerk.

There are two jerking methods. For the full jerk, very rapidly dip at the knees and hips and simultaneously fully extend at the elbows to lock the bar overhead and stand.

For the more complicated split jerk, dip and shoot one leg out in front and one behind the body while driving the bar overhead. Take a moment to stabilize and then walk both feet to a standing position. 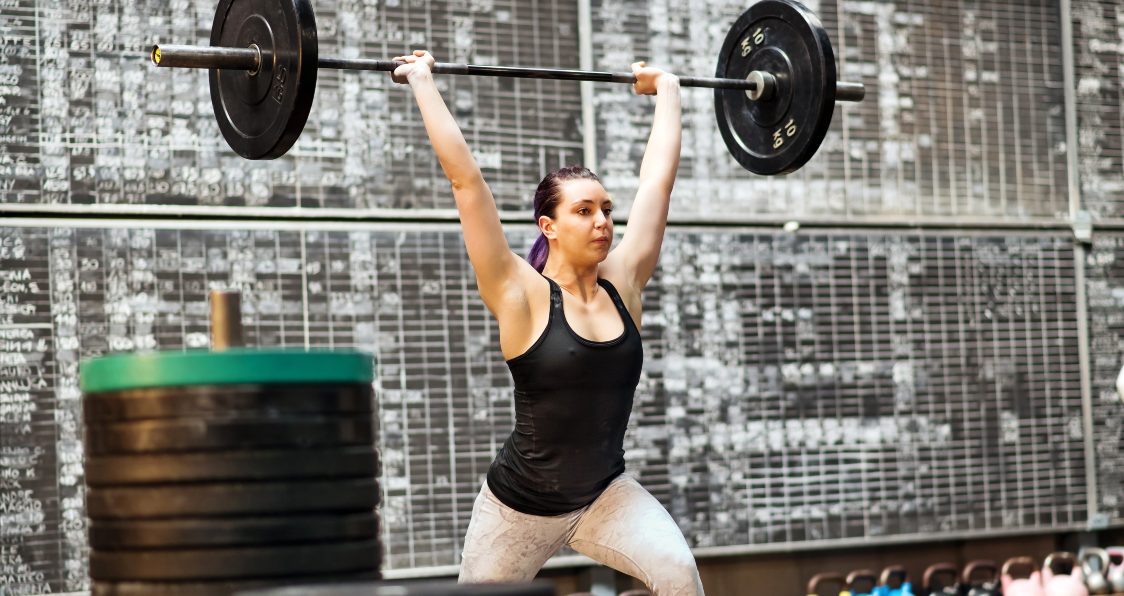 Due to the vast number of muscles and fitness components that are challenged with the clean and jerk, there are many significant adaptations that will occur as a consequence.

The first and most evident benefit associated with the clean & jerk is the benefits in regards to strength capacity.

The movement patterns of the exercise require the muscles of the upper and lower body to go through multiple concentric and eccentric contractions.

When the clean & jerk is performed to a good standard and follows progressive overload principles, muscular strength can significantly improve.

Improving the strength of muscles throughout the body will not only lead to a greater clean & jerk, it may also have a knock-on impact on a range of other pulling and pushing resistance exercises.

In terms of raw strength development, the clean & jerk is more beneficial than the snatch. This is simply because a greater amount of weight can typically be lifted for the clean & jerk.

This does not mean that the clean & jerk is superior to the snatch in any way, rather, if strength development is the goal then the clean should be prioritized over the snatch.

While you may not see the clean & jerk as cardio exercise, research conducted on Olympic lifting has indicated that there are a number of cardiovascular responses associated with these types of exercises.

One specific study found that after 8-weeks of training, resting heart rate, VO2 max, and blood pressure all substantially improved (1).

The Olympic lifts require the bar to travel a great distance, from the floor to an overhead position. After performing a few reps, you will notice that how taxing these movements really are on the cardiovascular system. 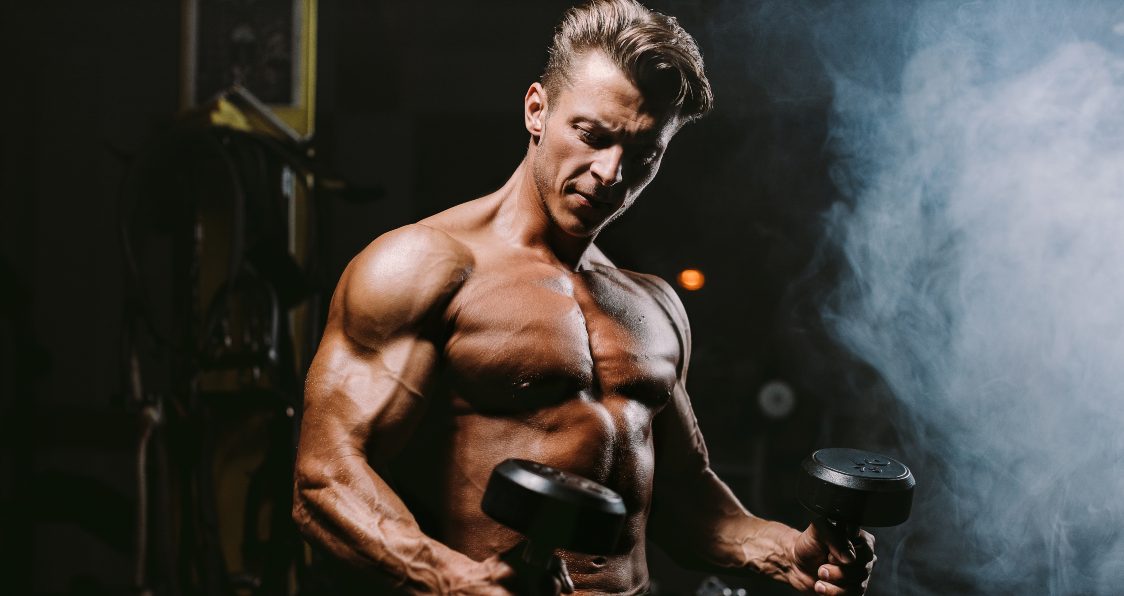 The ATP-CP system is the energy system that is primarily responsible during the clean & jerk. This system produces a great amount of energy required for short bursts of explosive activity.

Optimizing the ATP-CP through training can help to facilitate a greater performance in sports which involve explosivity.

For example, sprinting is an activity that requires a quick burst of energy for a short duration. By performing the clean & jerk regularly, sprinting performance can be improved.

There is clear research to indicate that regularly lifting weights and enhancing strength levels can help to reduce and even revert metabolic syndrome (2).

One of the most understated benefits of the clean & jerk is the impact that it has on core strength. A major amount of core strength and stability is required to hoist and hold the bar overhead.

In order to keep the trunk upright during the entire movement, the core muscles must work extremely hard and are subject to a great degree of stress. As a result, the core muscles rapidly adapt and increase in strength and definition.

Not only will increasing your level of core strength and stability facilitate a greater performance, but it will also improve posture and reduce the risk of sustaining an injury to the trunk and extremities. 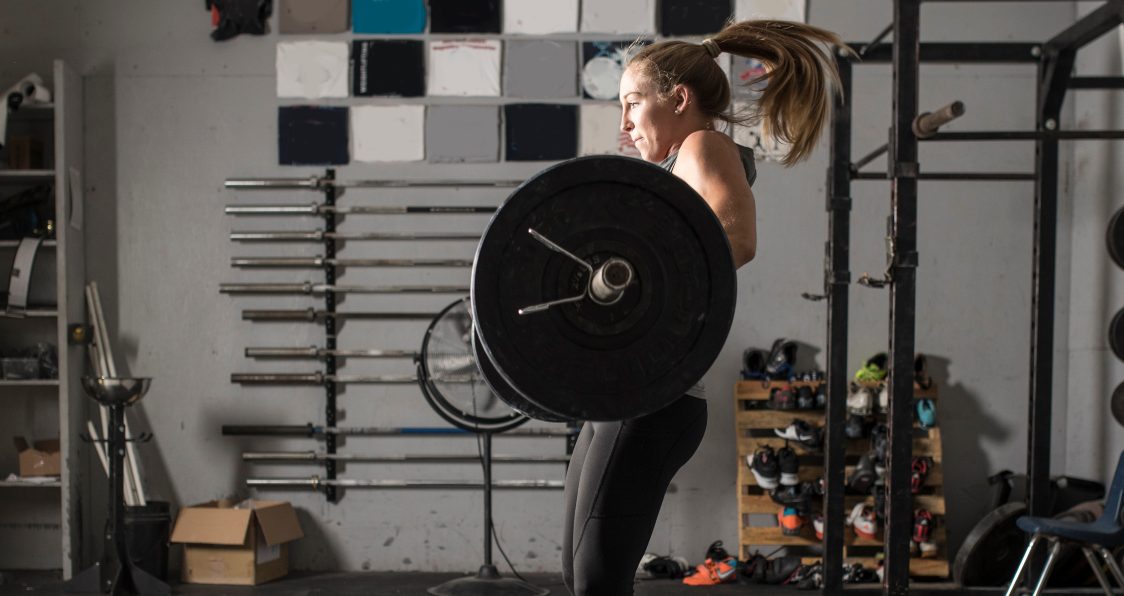 Motor skills refer to all movements and actions carried out by the muscles under control of the nervous system. By increasing the efficiency of your motor skills, you can move and perform more effectively.

Due to the complexity of the Olympic lifts, the clean & jerk is an excellent exercise for refining motor skills and facilitating better movement.

More specifically, the clean & jerk teaches the body to move simultaneously as a unit which can lead to significant adaptions to the nervous system and can improve proprioceptive abilities.

One of the most demanding parts of both Olympic lifts is catching the bar in an overhead position and requires balance and coordination.

While improving balance and coordination will be of great benefit in the gym, studies have found a potential link between balance capabilities and longevity.

Interestingly, a 13-year study found that those with poor balance were five times more likely to die during the 13-year period in comparison to those who had good balance (3).

By gradually increasing the weight of the clean & jerk, the muscles will adapt at a rapid rate and lower extremity power will increase which will lead to a better vertical jump.

For those who participate in a sport which involves jumping, sports like basketball, volleyball, and soccer, the clean & jerk should be performed regularly to bring about improvements in jump height and athletic performance.

When subject to this level of stress, the body will release a number of hormones, such as human growth hormone and testosterone, which will facilitate muscle hypertrophy and strength gains.

Because practically every muscle in the body is recruited during the clean & jerk, performing this exercise regularly can help to improve muscle definition throughout the body.

While it is undoubtedly a superb full-body developer, the clean & jerk will specifically develop the glutes, quads, abdominals, and shoulders.

As highlighted, the clean & jerk is one of the greatest multi-joint exercises that can be performed. While the clean & jerk technique is challenging, it is an exercise that is worth learning and performing on a regular basis. 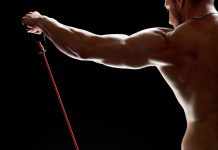