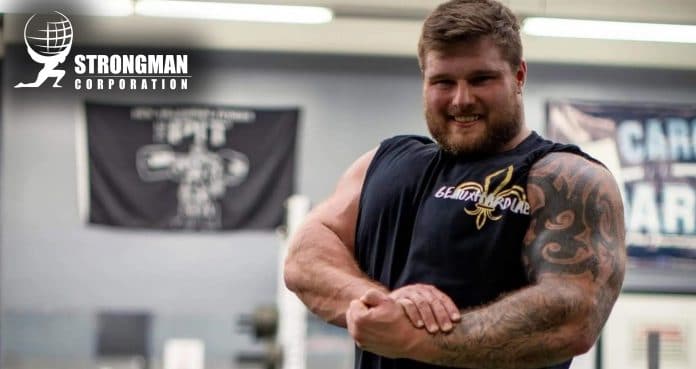 Get to know Marcus Crowder as he prepares for the 2021 America’s Strongest Man contest.

Marcus Crowder is from Mebane, North Carolina and was always surrounded by health and fitness. At a young age, Marcus basically grew up in his father’s gym, a gym he opened when Marcus was just 5-years old. That athletic instinct led to his love of football, and although Marcus had a larger frame, he moved well and decided to take it to the next level. Entering college at Coastal Carolina, he played football while studying for a degree in Communications. But Strongman took over and Marcus decided on a different route.

When Marcus was in the third grade, he watched Strongman on television and fell in love. The ability to see some of the strongest athletes on Earth lift, pull, and manipulate insane amounts of weights was appealing and something Marcus just fell for. While he would appear on the smaller end for a strongman, the speed he developed playing football has proved to be fruitful, and he still continues to work on speed.

Marcus’ first competition was the 2016 North Carolina Strongest Man contest where he ended up taking third place. From there, his Strongman journey was only just beginning. 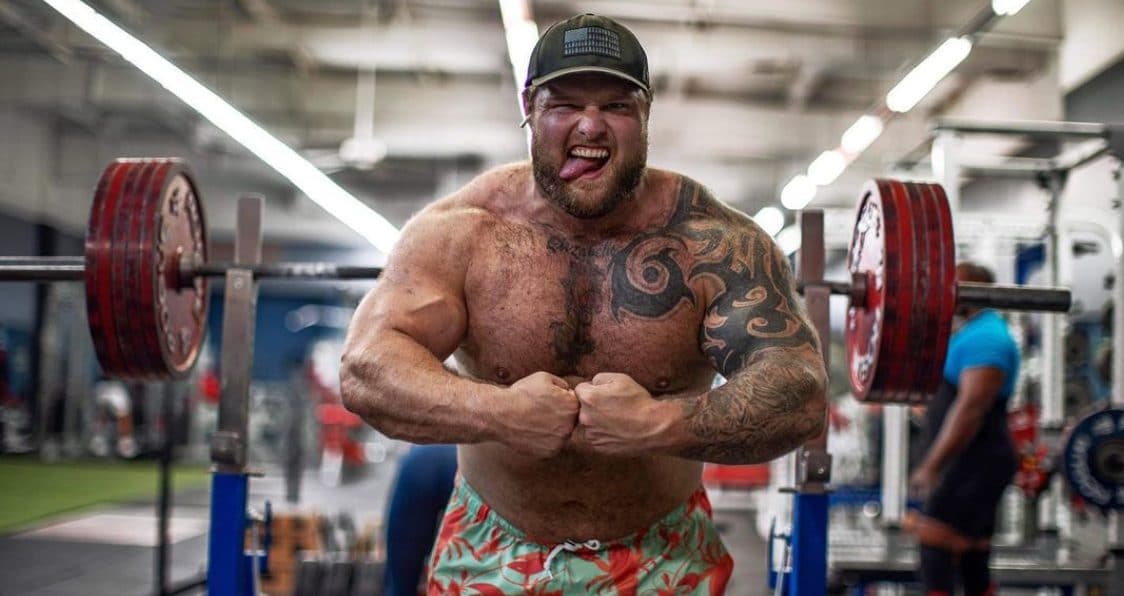 When it comes to his training, Marcus will look at the upcoming event and tailor his days towards that specifically. Normally, his training days consist of two heavier days, two lighter days, and a Strongman movement day to really nail down form and logistics for those unique Strongman lifts.

For exercises, there is an order Marcus relies on to build real strength and these exercises are some of the most important for him. These include the deadlift, overhead press, squat, and bench press. While these are imperative to his training, some of his favorites are pretty much anything else that involves a pressing motion like the giant circus dumbbell or log press. He also enjoys yoke runs.

For nutrition, Marcus really eats what he wants, and as a heavy weight, no one can blame him. Fueling up and taking in adequate amounts of calories is vital for powering his growth, but also recovery. He tries to get in as many whole foods as possible, but as competition time rolls around, he eats what he can get down. Since nerves start to play a bit more of a role, managing the stress and anxiety of a contest is key, especially as he looks to continue his Strongman dominance. However, after a hard lift, he won’t hesitate to enjoy a meal from Chipotle.

As someone who knows the nutritional value in supplements and what they can do for his overall health and performance, Marcus enjoys taking a pre-workout and creatine supplement to boost energy, offer increased blood flow, and build strength and size while aiding in recovery. 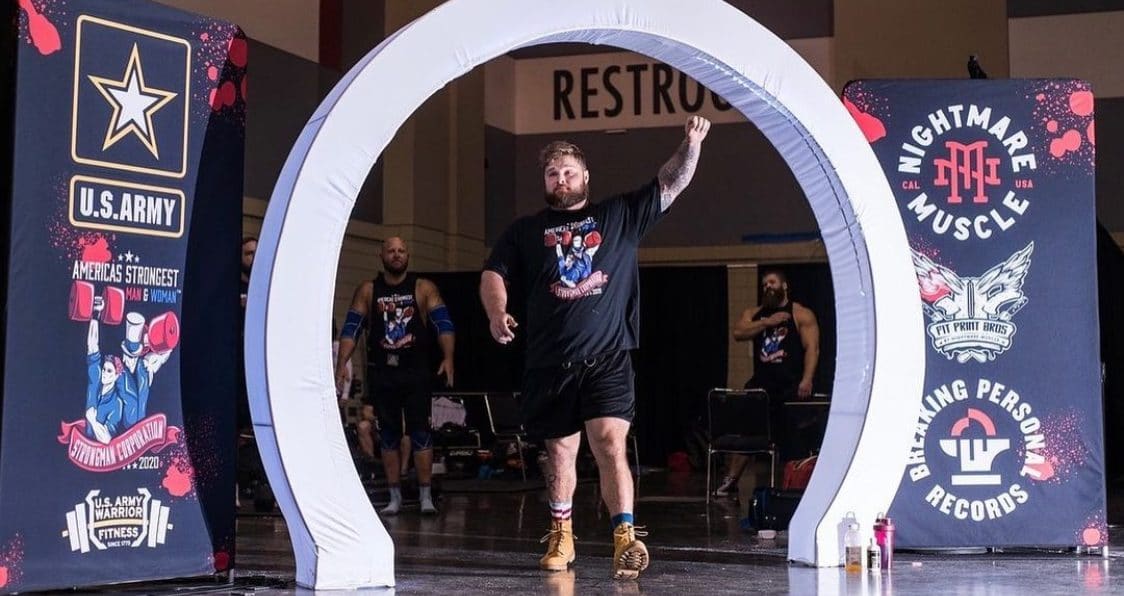 With a couple weeks to go until America’s Strongest Man, Marcus works to make his body as healthy as possible, putting cardio in where he needs to as well. His recovery routine includes red light therapy, dry needling, sports massage, and an adjustment once a week. This prep has been one of the best for Marcus in a while, setting him up for only the best success at this year’s contest.

Looking towards the event itself, Marcus is excited for the log reps. The event is a 355 lbs. log that competitors will clean and press for max reps in one minute and for Marcus, he has put a lot of emphasis on the clean. His pressing strength is there, but looking to have a fast and efficient clean will really put him in a good spot to take charge in this event. In preparation for this, he will go to about 200-250 lbs. and do 2-3 sets of cleans for 8 reps, sometimes more. The key will be getting his cardio up to speed.

One event Marcus has put a lot of attention towards is the Husafell stone carry for max distance. But in efforts to make this event a strong one, he has changed his training approach. By staying at a lighter weight, he does more sets at 200 feet, but sometimes more. This will hopefully help with the 400 lbs. stone and Marcus will be one to watch in this event. 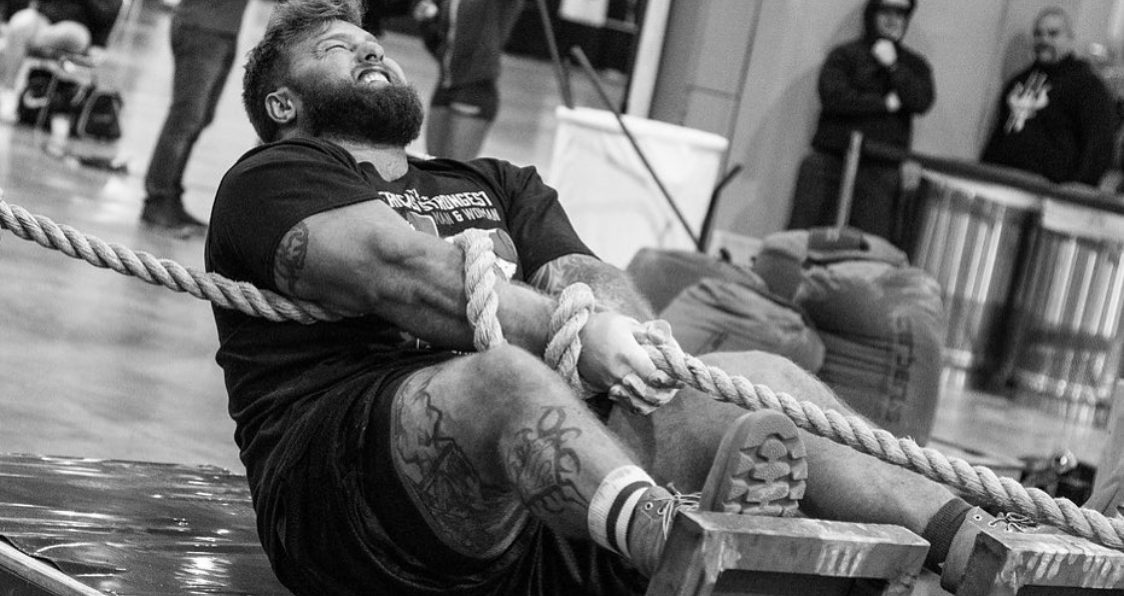 While America’s Strongest Man is his primary focus for these next few weeks, he does plan on competing at the Official Strongman Games in November. Along with Strongman, Marcus is also a powerlifter with a squat at 815 lbs., a deadlift at 810 lbs., and a 600 lbs. bench. His gym lifts have seen a 606 lbs. bench press and a 851 lbs. deadlift, and as a determined competitor, Marcus will continue to push this weight.

America’s Strongest Man will be presented by Big Country Classic and is set to be held on Saturday, September 25 in San Antonio, Texas. Put on by the hardworking and dedicated group at Strongman Corporation, this event is set to be an exciting contest as competitors will have the chance to fight for that top spot. Divisions include: HW Pro Men, MW Pro Men, Elite MW Men, and Elite HW Men. As the event gets closer, Generation Iron will have more details on times and results for America’s Strongest Man. 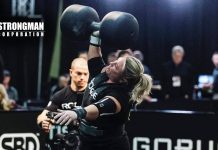 Everything To Know About Strongman Open Nationals Competition 2021 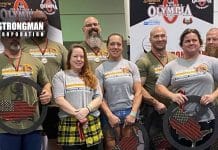 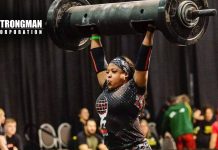 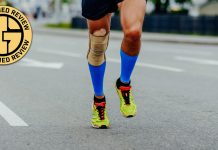 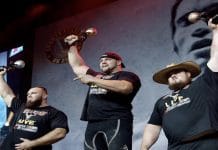