What will they call you?

What’s in a nickname? Sometimes you can’t choose it – it just chooses you. That perfect word or phrase encapsulates your essence. Sometimes you may not even agree, but it sticks and suddenly everyone is saying it. A good nickname is like wildfire. It spreads until there is nothing left but your sudden new alternate name.

Nicknames have had stable longevity in pro bodybuilding. Maybe that’s because it adds to their stage presence when they flex for the whole world to see. But not all nicknames are created equal. We put together this list of what we believe to be the best bodybuilding nicknames of all time.

Just close your eyes and try to imagine what a dinosaur called the “Quadrasauras” would look like. Now open them. Odds are it probably looked like Brach Warren. Not only does Branch have the quads that deserve such a prehistoric nickname – but everything from his attitude to his lifestyle bleeds of a powerhouse dinosaur. No wonder it sticks.
.

Maybe it’s because his long tendril-like hair resembles that of the dreaded Predator alien from the movie franchise. Or perhaps it is because of the way he prowls on the stage, like an animal ready to strike. Either way, the nickname is a perfect fit. A title that commands an impressive presence. One that Kai most definitely has.

In today’s world, with Game of Thrones and high fantasy reaching maximum popularity, Rich Gaspari’s nick name would be right at home with the rest of the modern greats. And maybe that’s why he gets on this list today – because we can’t deny that a dragon slayer is a pretty bad ass thing to behold. So go ahead and behold Rich Gaspari in all his glory.

Simple and to the point. The reason we rank Ronnie Coleman on the list is because he truly deserves the title. Many contend Ronnie Coleman to be the greatest bodybuilder of all time. While everyone is entitled to their own opinion, he’s definitely won enough Olympia titles to be crowned The King in our eyes.

While at first glance one may believe this nickname to be a dig at steroids and performance enhancing drugs that are often used in bodybuilding. Rumor has it that Frank Zane was nicknamed The Chemist due to his knowledge of actual chemistry. He was a teacher before bodybuilding – the perfect combination of brains and brawn. And perfect to be dubbed The Chemist.

Who made it into the top 5? Head on over to page 2 and find out! 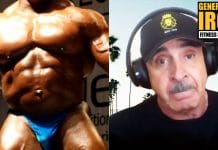 Samir Bannout: “No Bodybuilder Should Accept The Problem We Are Having Today”

James Hollingshead Forced To Halt Training Due To COVID-19 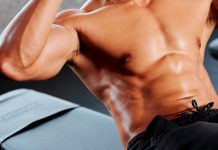 Benefits Of The Double Crunch & Why It Helps With Core Strength 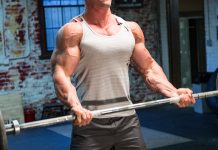 Get Bigger Arms With This Simple Workout