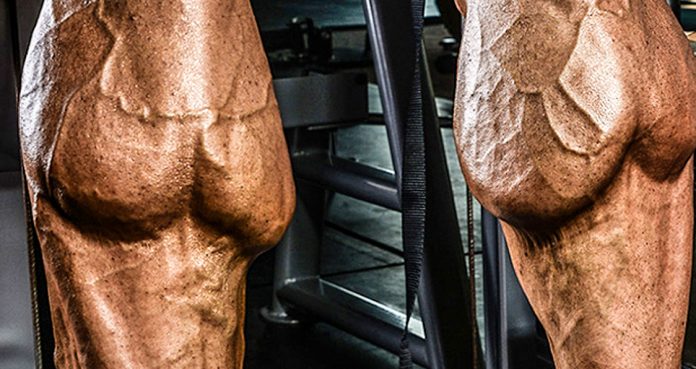 These Are The Biggest Calves On Earth

Calves can be one of the hardest muscles to grow. People with small calves will attest how stubborn the small muscle group can be. If you have small upper legs, lagging calves can make your legs look weaker.

A pair of fully-grown cows can add to the aesthetics and symmetry of your physique. In this article, we’ll be listing people with the best calves so that you can draw some much-needed motivation from them.

Flex Lewis is the 7X 212 Mr. Olympia champion. Lewis’ size and conditioning are top-notch, and he virtually has no weak spots. His calves look like they have a life of their own and can easily overshadow anyone around him.

Ben has earned a name for himself when it comes to training scientifically and making use of all the research available to him. Judging by his calves, his physiological training research seems to be paying off.

Many people consider Kai Greene to be an uncrowned Mr. Olympia. Kai’s interest and talents in sketching push him to focus on his muscular proportions and conditioning. Greene’s shredded cows are proof that he leaves no stones unturned in his training.

Dorian Yates is the OG of size and conditioning in the bodybuilding world. His sheer muscle mass made him stand apart from the crowd. Yates’ legs, in particular, had a crazy definition. It was something people had not witnessed before.

Gethin is a transformation expert and a celebrity trainer. His calves seem to evolve into bigger and meaner cows with every passing year. Kris’ calves will make you want to train your tree wigs harder and smarter.

It’s not possible to talk about the most muscular legs and leave Tom Platz out of the conversation. Although it is Tom’s upper legs which get the most attention, we want to use this opportunity to highlight his calves.

Jason is a monster, and the size, vascularity, and graininess of his calves blur the line between awesome and gross – in a good way. Jason’s hardcore training approach can psyche you up for your calf workouts.

Frank McGrath is arguably the most vascular athlete of all times. He might also be the person with the most vascular calves on the planet. Frank is one of the people who makes gaining muscle mass look easier than it is.

Big Ramy is called that for a reason. His larger than life-size can dwarf people around him. Ramy’s legs are his one of the stronger points and his calves add to the symmetry and size illusion.

Cutler is a 4X Mr. Olympia. His monstrous legs played a huge role in dethroning Ronnie Coleman to win the Mr. Olympia title. Jay pushed the boundaries when it came to testing how far the human body could go.