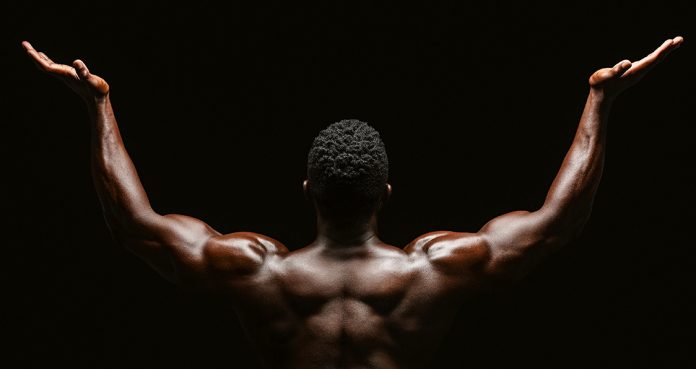 How to make your shoulders grow with variations.

Shoulder training can without a doubt be one of the more tedious types of workouts when in the gym. Some people think that side laterals and overhead presses are the only answers to building up the shoulder muscles. It can become a bit tedious and boring to perform the same few exercises in order to get massive shoulders. There needs to be some variations to your shoulder training if you want to avoid hitting a plateau and simply just to make things interesting.

This method will pre-exhaust all three areas of the deltoids and prove to give your shoulders a massive pump. The exercises included in this method are a mix of all the classic movements you’d expect out of shoulder training. They include the front dumbbell raise, the lateral dumbbell raise, and the rear delt barbell row. 3 sets of 12 reps for each of these exercise before going into your regular routine will help to emphasize growth and development in the three muscles of your shoulders.

This gem can work wonders for your shoulder development. The movement of the military press can not only build up the anterior delts but the other two muscle groups in the shoulders as well. Though you can perform the exercise standing, when it’s done in the seated position you don’t have to focus as much attention to balance which will ultimately engage your lower back muscles more than needed. You have deadlifts for that. Instead you’ll be able to focus completely on your shoulders.

This exercise is great for multiple muscle groups, not just for the shoulders. Besides being a great way to build up your rear delts for impressive size and definition, this exercise can prove to build your upper back muscles as well as doing some work on your traps. It’s important to thrash the posterior delts just as much as you work your anterior delts in order to see symmetrical development.

The Arnold Press exercise has increased range of motion and can absolutely hammer the anterior and lateral delts. It’s pretty similar to the dumbbell press so you won’t have to make too many major adjustments when doing this one. The key is to start with the palm facing you and then rotating the wrists as you push the weight upwards. Not only this one great for your shoulders, but it can work wonders to give you a bigger bench.