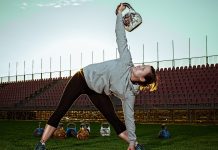 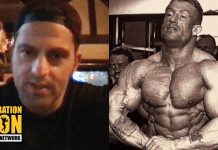 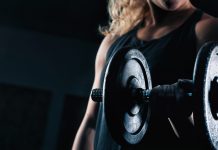 Chris Cormier discusses how bodybuilding has changed since Ronnie Coleman both technically and culturally.

Ronnie Coleman changed bodybuilding. But even beyond his own contributions to the sport, his era also seemed to lead into a transition of modern bodybuilding as we know it. Ronnie changed the kind of physiques competitors aim for. Technological changes and overall growth of the sport also led to a series of other changes in how bodybuilding functions today. In our latest GI Exclusive Vault interview, Chris Cormier talks about how bodybuilding changed since the end of Ronnie Coleman’s era.

During the filming of Ronnie Coleman: The King, we certainly focused mainly on Ronnie the athlete and the man. But we also looked at the present to see how things have changed after Ronnie stepped down from competing. As usual, not all of the footage we shot made it into the final film. That’s why we are releasing unseen and extended footage from our interviews from the film. In this clip, we get to see Chris Cormier muse about how bodybuilding has changed in the 15+ years since Ronnie’s retirement.

What’s interesting about Chris Cormier’s answer is that he starts off by noting how the technical rules of the sport have changed. He discusses the different scoring system of his and Ronnie’s era and compares it to the two scoring rounds of today. In Ronnie Coleman’s era, there were multiple scored rounds. With today only containing two scored rounds – the tactic changes for the athlete.

This inevitably affects the kind of physiques we see on stage and how the fans interact with the excitement of bodybuilding competitions. Cormier doesn’t qualify it as being worse than the past – simply different.

Of course, Chris Cormier also makes mention of how the culture of bodybuilding changed as well. In a big way, the rise of social media changed how bodybuilders succeed in the sport. It provided a different set of opportunities for sponsorships and revenue – and thus changed the focus on where effort should be placed. Success on the stage is not as vital as it once was. You don’t need to gain entry to the magazine covers to succeed when you have a million followers on social media.

Again, Chris Cormier doesn’t state this as a bad thing. He understands that a certain generation of bodybuilders will blossom under these new circumstances. Cormier might not understand it or know how to excel at it, but young athletes that grew up with social media can command it and use their physiques on social media to succeed.

There are some bodybuilders, trainers, and experts who have claimed that social media is a bad thing for bodybuilding. That it provides too much of a distraction from training and dieting. Or at the very least, it provides less focus on being the best on stage and more focus on being the best online. So is it truly better or worse? There is likely no right answer. As Chris Cormier stated, it’s just different.

You can watch Chris Cormier’s full comments in our latest GI Exclusive Vault interview segment above. You can also watch Ronnie Coleman: The King on digital today. Click here or the banner below to stream or download!