These days everybody wants to be a fitness influencer.

It’s an intoxicating kind of air to be in. At one point it was indeed rarefied air. Being a bodybuilder was at one point a taboo kind of lifestyle. These days everyone wants be buff, in shape, and considered a influencer of the masses.

The trouble with the current state of the fitness community is that everybody and their momma wants to join in on the fun. Social media makes it possible for even the most novice of lifters to have a voice. The average Joe has everything they need to put out content and show their stuff.

But what happens when their approach is less than genuine?

The plague of fake weights has been something that has tarnished fitness and bodybuilding. All of a sudden everyone can lift massive amounts of weight in a manner that is near impossible for even some of the most strongest humans on the planet.

What does that mean exactly? It means that an average fitness enthusiast like, say, Chris Cuomo can make boastful claims of lifting a 100 lbs dumbbell like it’s “light work.”

What do you think? pic.twitter.com/srpMwBCA0V

Sure, if this is all in good fun and Chris Cuomo isn’t serious, there’s no harm, no foul. But it’s something that’s becoming tiresome to see in the fitness community. The amount of effort and dedication required to build legitimate strength isn’t something to scoff at. At this point those in the fitness industry are only interested in things that are legitimately helpful or obviously ludicrous, played for laughs. This odd in-between point is bordering on cringeworthy.

So what do you think? Do you think Chris Cuomo should just stay out of the fitness realm or was it all just a lighthearted joke? 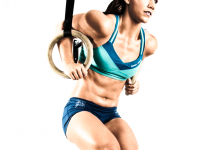 How To Pick Up Girls In The Gym 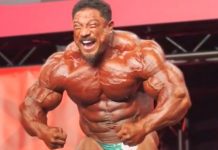 Could This Be the End of the Road for Roelly Winklaar? 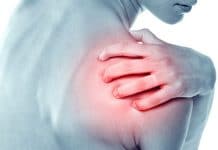 Suffering From Shoulder Pain? Self-Diagnose With These Easy Tests 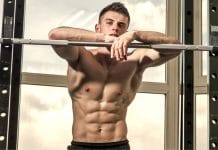