Update August 2017 – we are sad to report the tragic passing of Dallas McCarver. He was 26 years old.

Bodybuilding is all about putting on muscle in order to have the physical frame of a true alpha. It takes diet, it takes training, it takes obsession to get the levels of an IFBB professional. You can’t simply rely on the following a regular training split if you want to get to the levels of the best in the game. In order to reach your ultimate potential it’s absolutely necessary to develop a program that works best with your body. It’s the approach that Dallas McCarver has taken during his bodybuilding journey.

One of the top younger bodybuilders in the world, Dallas McCarver has been touted as the next big thing. He has some crazy genetics that make him a cut above the rest and the gains he’s shown in his last few shows (save for the misfortune at the Arnold Classic Australia) has shown a version of McCarver that we’ve never seen before. The program he’s adapted from Ronnie Coleman’s own training style has pushed his muscle growth to new levels and it shows.

Recently Dallas McCarver tried out a body analysis machine that broke down his physique in a very specific manner. It calculated not only his weight, but his basal metabolic rate, his body fat percentage, and his lean body mass. His lean body mass, all the muscle on his frame, came out to a pretty astonishing number. Take a look at the post below for details.

So yesterday at @4everyoung_antiaging I got to try out the #InBody body analysis machine. This thing is very cool! Gives you a total read out of your body everything from BF% , total lbs of fat, dry lean mass, total lbs of muscle, BMR, and even breaks down the percentage of muscle as well as lbs in each leg and arm! Big thank you to @denizduygulu and @antiaging_guy for fixing me up as well as letting me use this really cool machine. If you’re in the area and would like to know what your body is really made of you’ve got to go try this thing out! #4EverYoung

That’s right, Dallas McCarver had a lean body mass number of 269.2 lbs and a body fat percentage 8.5%. Now that’s a heck of a lot of muscle.

What do you think of Dallas McCarver and his crazy lean body mass numbers? 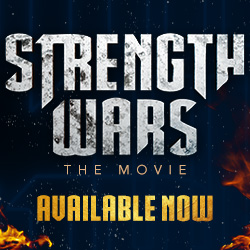