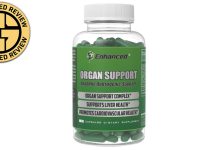 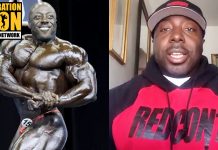 During his prime, Dennis Wolf was a powerful bodybuilder that often landed in the top tier spots at major competitions. He was also one of the featured athletes in the original Generation Iron documentary. Since then, he tragically underwent spinal surgery that ultimately led to the end of his career.

Over the past few months we’ve released multiple GI Exclusive segments from our interview with Dennis Wolf. Now we’re releasing the full length interview including topics such as his failed 2018 bodybuilding comeback, the medical realities of retiring, his top 5 favorite bodybuilders, and more.

Listen To Our Dennis Wolf Interview On The Generation Iron Podcast

Dennis Wolf On His 2018 Comeback: “Honestly It Was The Worst Prep Ever”

Dennis Wolf had his career ultimately cut short due to a spinal injury that required surgery. After the surgery, he was still dedicated to making a comeback for his fans. So after recovering, he hit the gym and prepped to appear at the Arnold Classic 2018.

Ultimately, this comeback did not go as he would have wanted. While it was impressive that he was able to build up his physique after such a serious surgery – it was not enough for a placing in line with his previous efforts.

In our interview with Dennis Wolf, he reflects back on his comeback prep calling it “the worst prep ever.” He claims to have not been in the right mental state to truly bring himself to the next level. But because he promised his fans that he would comeback – he didn’t want to pull out and disappoint them.

While his spinal injury certainly overall affected his ability to push his body, it seems that the bigger obstacle was his mental state. He didn’t see the same physique reacting to his training like he used to. That can play huge mind games on yourself – which is what seemed to happen to Wolf.

Now that Dennis Wolf has retired from the stage, we wanted to get his thoughts on his picks for the greatest bodybuilders of all time. While a few names on his list were obvious choices such as Arnold Schwarzenegger and Ronnie Coleman – he also included some unexpected highlights.

Matthias Herzog is a name that not every bodybuilding fan might know. But to Wolf, he was a truly powerful competitor that always impressed him. He describes a particular moment when he saw Herzog backstage. In that one singular moment, Wolf believes that Herzog had a truly perfect physique.

Dennis Wolf also includes Dennis James on his list of all time greats. James is now more of a bodybuilding commentator, guru, and trainer. But he was also a talented competitor in his prime. Wolf doesn’t want James to be overlooked when discussing the greatest bodybuilders of all time. Though he also admits that he is biased due to their long running friendship.

Dennis Wolf Answers: What Was The Hardest Muscle For Him To Build?

During our interview with Dennis Wolf, we also took the time to explore pro advice that could help upcoming generations of aspiring bodybuilders. Specifically, he focuses on his personal experience of his hardest muscles to build.

For Wolf, it was his back that gave him the most trouble. While he always personally felt that he was good at developing a massive back – when he stepped onto the Olympia stage he realized just how tough the competition was.

Wolf discusses the difference between general lagging parts and Olympia lagging parts. What is needed to succeed on the Olympia level is a whole new tier. It’s little changes, adjusting and taking advice, that ultimately helped Dennis Wolf improve over time. It’s a lesson he believes every pro bodybuilders should learn to push to the next level.

During our nearly one hour interview, there were far more topics discussed than what we can break down here. That’s why you can watch the full uncut GI Exclusive interview above. You can also see Dennis Wolf in our original feature film – Generation Iron. Click here to stream or download today!