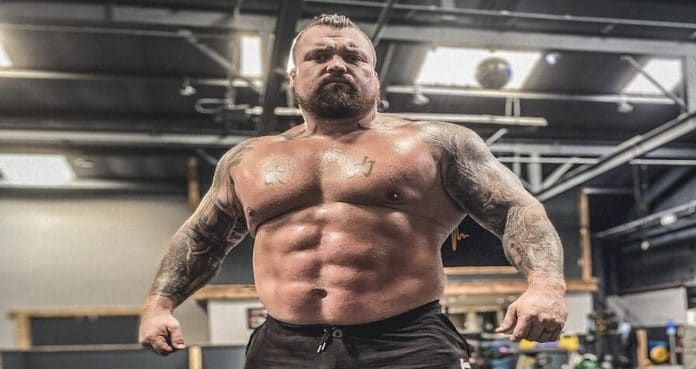 Eddie Hall explained in a podcast how exercise helped him and his son manage ADHD.

Exercise is medicine. It helps people improve their mental health and overcome ailments. Disorders and disabilities are common, but a good workout plan can vastly improve your daily life if you’re suffering from anything. Former strongman, Eddie Hall, is a prime example of this. Eddie Hall recently disclosed how exercise helped him with attention-deficit hyperactivity disorder (ADHD) on the Shaw Strength Podcast (Brian Shaw’s podcast).

Eddie Hall went into detail describing how his son has AHDH, and it’s something he struggled with as a kid. And that exercise was the thing that helped him the most. Since childhood, Hall has been active in sports and said exercise enabled him and his son to burn off excess energy from ADHD. When answering a question from Shaw about Hall’s success, Hall said:

“Now I’ve grown up, and I’ve got, you know, a son of my own, and he’s got a lot of I mean, they call them disabilities, but I don’t. I mean, he’s got ADHD, he’s got dyspraxia, he’s got dyslexia, he’s got all sorts. And I suppose the worst one is ADHD, where they’re just hyperactive. You know he’s always bouncing about. Always fidgeting…The best cure for it is exercise because it expels all that energy.”

Hall said that he was able to learn in school still with ADHD, but it was his behavior that was the problem. But he acknowledged that there was no actual diagnosis of ADHD when he was in school. But after talking with his parents, they’ve concluded that Hall suffered from the same thing as a kid as his son. Hall said this led him to be put in detention and expelled.

ADHD isn’t all cons, though. Eddie Hall admits that it gave him excess energy and a drive to succeed. Hall said he channeled all of this into swimming, which he credits for much of his success. Hall stated:

“We were filling that void by accident by making me do the swimming. And I think it was the ADHD that got me so obsessive with it. You know, I had to be the best, and I just had so much energy. I used to go to training, and I used to find it so easy. I had so much energy to get rid of. I would swim twice as hard and twice as long.”

Of course, Eddie Hall didn’t make a career out of swimming. But as a kid, he was one the most talented swimmers in Britain and was planning on competing in the Olympics. The drive, competitiveness, motivation, and work ethic it took to be a good swimmer carried over into strongman. 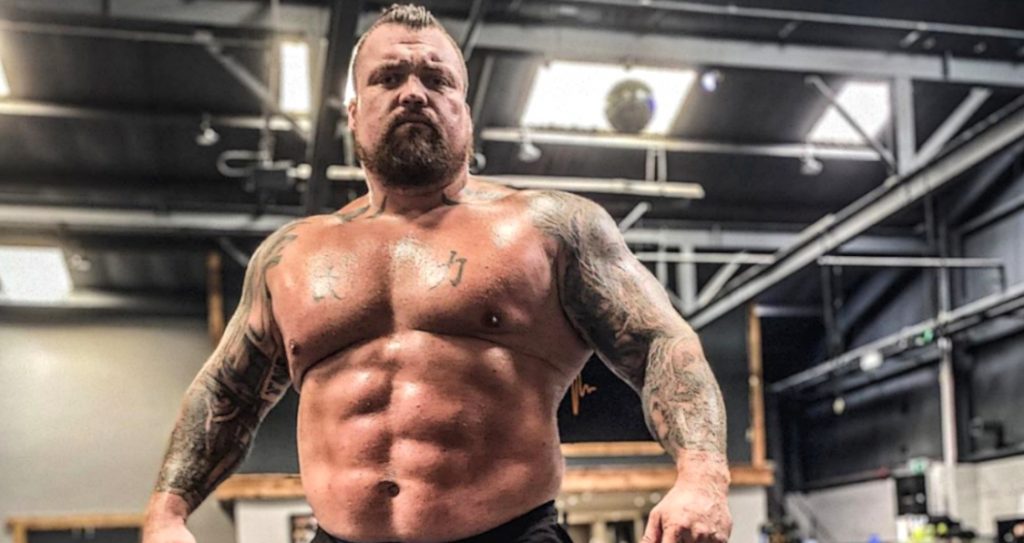 Eddie Hall discussed various things in Brian Shaw’s podcast, including how doubters and naysayers lead to newfound motivation. For example, according to Hall, one day, a substitute teacher called Hall out and told him that he wasn’t going to make it in swimming. And that was a wake-up call for Hall, and he knew he needed to take things more seriously.

They also talked about Eddie Hall’s upbringing and the struggle of growing up in England and living in the counseling states (poor areas). He said he grew up in a great place with a great family, but it was rough, with lots of fighting.

As a whole, Brian Shaw and Eddie Hall sat down and talked about what’s possible when you push yourself and chase your dreams. To close the podcast, Eddie Hall stated that he was still focusing on his business but was transitioning to spending more time with his children. And Brian Shaw chimed in and said everyone has to grow and evolve. And if you’re the same when you’re 35 as you were when you’re 25, you’re doing something wrong.

You can watch the full podcast below:

ADHD is one of the most common neurodevelopment disorders for children. It’s diagnosed in childhood and can last into adulthood. Children who have ADHD may struggle with paying attention and have trouble controlling their impulses. In addition, they could be hyperactive. As you can imagine, this can make focusing and doing well in school difficult. Here are some common symptoms of ADHD:

There are three types of ADHD:

Cause and Diagnosis of ADHD

The cause of ADHD is unknown, but it’s understood that genetics play a crucial role. In addition, researchers are looking into the possibility of other plausible factors, such as brain injury, alcohol and tobacco use during pregnancy, exposure to environmental risks during pregnancy, premature delivery, and low birth weight.

Diagnosing ADHD usually involves multiple steps, including ruling out other possible disorders with similar symptoms, such as anxiety and depression. And going through a checklist that includes rating ADHD symptoms and a history of the child.

Eddie Hall won nine of the 31 International and national strongman competitions he competed in, including the World’s Strongest Man in 2017. And he’s also the first man to deadlift 500 kg/1102 lbs. But, of course, he took some time off prepping for strongman preparing for the prominent boxing match between him and fellow strongman Hafthor Bjornsson. Unfortunately, Hall lost via unanimous decision. In 2018, Hall retired, but he planned to come back for a competition and was the team captain of Team UK at the 2022 World’s Strongest Nation contest that took place on November 26 in Liverpool, England.

For his strongman comeback, he devoured 4,600 calories and 385 grams of protein into just three meals. Hall called one of his meals the “Beast Burger,” which included two burgers with sauce, tomatoes, and cheese. No wonder he weighed around 400 pounds in his prime.