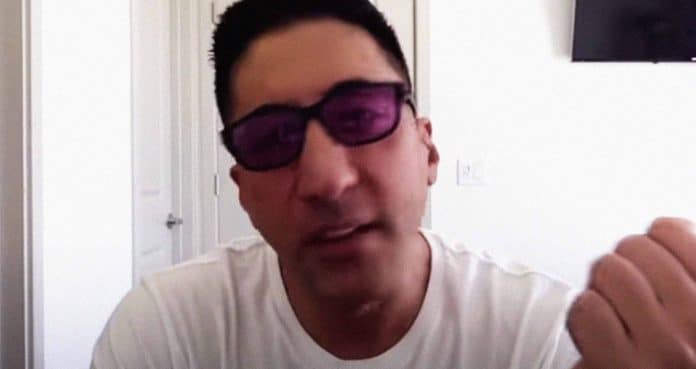 Guru Ameen Alai was reportedly indicted for distributing the substance ibogaine, resulting in the death of an individual.

Recent reports have confirmed that Ameen Alai has been arrested for the distribution of a substance that resulted in death. RxMuscle, reports that according to the Department of Justice in Colorado, there was a confirmed indictment on Ameen Alai, aka “Guru” Ameen Alai. He’s being charged with a one count distribution of the substance ibogaine, a Schedule I controlled substance, resulting in an anonymous individual’s death.

The penalty for this crime is severe. Alai could be facing up to 20 years to life in prison if convicted. Other than that, there are very few details on the case.

Reports Source From The Department of Justice in Colorado

RxMuscle’s report is sourced from the Department of Justice. At the time of this writing, Ameen Alai has not responded to initial contact to confirm the story – nor has he made a public statement. According to a press release by the DOJ in Colorado, this indictment stems from March 2021. The United States Attorney’s Office for the District of Colorado reported:

According to reports from the Department of Justice in Colorado, the defendant made his first court appearance on January 12, 2023, under Magistrate Judge S. Kato Crews. The Drug Enforcement Administration (DEA) Rocky Mountain Division and the HIDTA Front Range Task Force (FRTF) investigated this case.

In 2019, Generation Iron exclusively interviewed him with King Kamali. Ameen Alai was on King’s World, a digital series that discusses all things about the truth of bodybuilding, starring King Kamali. In this episode, Alai discusses bodybuilding prep, nutrition, and training. And they dove into the dark side of drugs and bodybuilding. And According to Kamali, Alai played a big role in much of Kamali’s powerhouse bodybuilding career.

Here’s the full video of the interview below: