Don’t neglect this gem if you want even better leg development!

If Tom Platz, aka the “Quad Father,” did the hack squat then we will too… only with good form though! His leg development was untouched and people still remember his mind-blowing quads until this day.

Now, the hack squat is a very effective compound exercise and a good alternative to a leg press or squat on some training days. But, there are a few ways to do it, which makes it a viable option for building mass and strength.

Now, some gyms may not have a hack squat machine and that’s ok… we’ll show you some good alternatives. But, we’ll focus on the movement as a whole and explain how to utilize it for your aesthetic benefit…

We’re going to explain what the hack squat is, which muscles are involved, a comparison to the back squat, a how-to guide, and some killer variations…

What is The Hack Squat?

A hack squat is generally performed on a sled angled at 45 degrees. It allows you to train without relying on a lot of trunk stabilization or balance like many machines.

And, you can better squat through your heels similar to a leg press machine since you can position your feet farther up on the platform. But the hack squat is actually closer to the Smith machine in exercise execution and body placement.

Now, this variation is no more dangerous than doing a free weight back squat if you have proper form. And there are other effective variations of this exercise which we’ll discuss shortly.

The hack squat works the quadriceps, hamstrings, calves, and core. But, the main focus is the quads as is with the conventional barbell squat.

Now, squats, in general, are a great compound movement since they can really pack on the mass and strength. And they’ve been used for decades to build big, strong legs.

But, thankfully we have machines to mix things up and create variety while allowing us to focus more on the movement rather than trying to balance a large amount of weight.

So, the hack squat places a big emphasis on the legs period!

The hack squat is very effective for leg development but is it better than the back squat? Yes and no!

A study showed the hack squat produces a significantly higher 1-RM than the back squat. This is because you’re in a fixed position which stabilizes the trunk, so you can focus only on the movement. (1)

Your trunk involvement is much more limited with this variation. And this is good if you want to place a large load on your quads.

However, overall activation of muscle in the trunk is higher in the back squat (Except in the rectus abdominis), which proves there are pros and cons to different exercise variations. (1)

Now, as long as you’re doing other free weight movements to activate the core, you should be good. What’s the point of getting big and strong with a powerful core… it doesn’t work that way.

The trunk muscles must be just as developed to ensure muscular balance.

How To Do the Hack Squat?

Here are instructions for both the machine hack squat and barbell hack suat.

Choose a reasonable weight where you can get at least 12 repetitions without going to failure.

This will ensure you maintain good form and prevent injury or discomfort.

The barbell hack squat is more difficult than the machine version because free weights require stabilization and balance. And, you’re arms are positioned behind you back.

But, the barbell hack squat is actually closer to a reverse deadlift than a squat. So, the back is also engaged during the movement.

If using a machine, you can train one leg at a time which provides unilateral (Affecting one side) benefits.

This is great for bringing up a lagging leg by preventing the dominant leg from doing all of the work.  And a neural event occurs which is called “cross education of muscles,” which actually activates the same muscle on the opposite limb. (2, 3)

But unilateral training is also beneficial for the injured and rehabbing individuals since less weight is used and this is better for the lower back. (4)

But, you won’t be able to use as much overall weight and that’s ok becaue you’re really isolating one side. Simply lift one leg and perform the movement nice and slow.

You’ll probably be very sore in the morning by isolating each leg.

The setup here is the same as the machine hack squat by positioning yourself at a 45-degree angle. And don’t worry; you’re not going to fall back if you’re doing the exercise properly.

But, it’s good to place stoppers where they would catch the bar in the worst case scenario.

Here’s how you do it…

Tom Platz’ quads were some of the best EVER! And they didn’t call him the “Quad Father” for no reason. Now yes, he did have phenomenal genetics. But wouldn’t you still take some training advice and techniques from him?

Here’s a variation he used to do but… DO NOT do this often. This is good to shock the quads but it requires your knees to pass over your heels. Use a lighter weight for these to decrease pressure on the knees.

It’s always good to do a few warm-up sets to build yourself up to doing heavier working sets. So, in a pyramid fashion, perform one set at about 30% of your one-rep max (1-RM), and then do one set at 50-60% of your 1RM.

Then, you can get into your heavier sets at 75-80% of your 1-RM unless you’re advanced and really want to train heavy. Also, you have to use whatever training method (Machine, barbell, Smith machine) works best for you.

Certain individuals cannot do certain movements due to mobility issues or structural limitations.

But, if you have a hack squat machine in your gym and can use it… then please do!

This workout is for those who train legs once per week. But, if you do it twice a week, then do 2 sets per exercise…

Increase the weight in small increments weekly to build mass and strength.

To perform this movement, deadlift the bar from the ground and on the eccentric (Negative) phase, only bring the bar down to your mid lower leg. Perform the provided number of reps.

While holding a dumbbell in each hand, lunge forward until your leg is at a 90-degree angle. Push back up through your heels and repeat with the other leg. Alternate both legs to complete a set.

Lie face down on the leg curl machine and curl the weight up using your hamstrings through a full range of motion. Repeat for the number of reps.

Is The Hack Squat Appropriate For Everyone?

So, here’s the thing… the hack squat is a good option for anyone who can safely and effectively perform the movement. However, since you’re locked in a fixed position on the machine, people who want to be athletic may benefit more from free weight movements overall. (5)

Now, that’s not to say you should never do the hack squat. But, it’s not a natural movement which could possibly carry over to sports activities except for the strength benefits.

If you’re a bodybuilder or someone who just trains to look good though, the hack squat is a fantastic option.

And like mentioned earlier, the free weight barbell squat activates the trunk (Core) muscles more than the hack squat.

Having a strong core is crucial for stabilization, balance, and high-level athletic performance.

People who lack mobility, stability, strength, or balance will benefit greatly from using machines. Since the hack squat will allow for a set position other than foot placement. You can train safely.

Machines control the movement of an exercise which reduces the risk of injury and can help a rehabbing individual to still train without having to utilize too many assisting muscles. (5)

The hack squat, regardless of the variation used, can be a safe and effective exercise. But, just because you’re using a machine doesn’t mean proper technique should be thrown out the window.

You still must maintain a good body position and foot placement is important for preventing knee issues.

So, if your gym has a hack squat machine, then give it some use. See how it works for you and you may even want to give the barbell hack squat a try too. It’s different but variety is valuable when it comes to training for overall development.

And remember, the hack squat is not a replacement for standard lower body compound movements. But it is a viable addition to your leg routine!

2- “The Benefits of Unilateral Training”. www.acefitness.org.

3- “Should you be doing more unilateral training?”. College of Health and Human Sciences. April 30, 2019.

5- Free Weights vs. Machines: How Should You Choose? 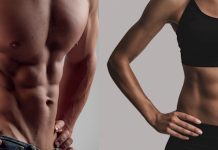 Tips To Get Rid Of Stubborn Body Fat 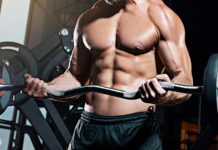 The 30-Minute Summer Shred Workout To Get You In Shape 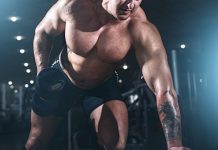