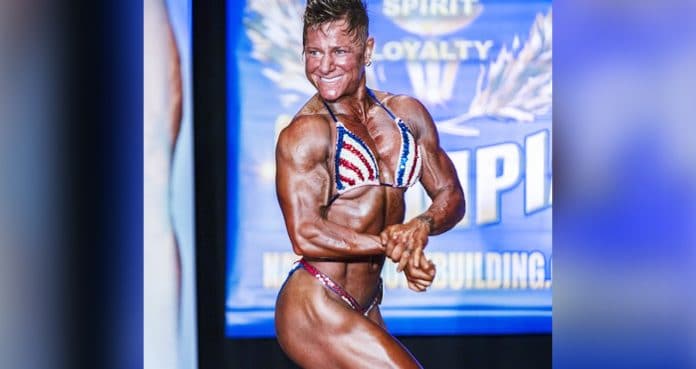 Jill Kolivoski, the winner of 2021 Natural Olympia in the Women’s Bodybuilding Open division, recently failed a drug test administered at Natural Olympia. Below, you can watch an exclusive clip from Generation Iron: Natty 4 Life articulating more in-depth about the drug test they administer.

Although the USBF is also a natural bodybuilding institution, they don’t test their athletes through the same laboratory the INBA/PNBA does. The INBA/PNBA doesn’t take drug testing lightly. Competitors are thoroughly tested through the World Anti-Doping Agency (WADA) – premier drug testing for professional athletes. The Olympics use this foundation, and it detects drugs that often go under the radar through other drug tests.

Unfortunately, Jill Kolivoski and any competitor that fails a drug test in the INBA/PNBA league end up on the Hall of Shame. Furthermore, she’ll lose her title and prize money. Kolivoski is understanding of the matter and is accepting of any punishment she endures.

Jill Kolivoski tested positive for Selective Androgen Receptor Modulators (SARMs). This ingredient was found in a substance Kolivoski was unaware was banned. Based on the evidence collected, the failed drug test doesn’t seem to be a malicious act on Kolivoski’s part. When the INBA/PNBA league asked Kolivoski if she had ever heard of the banned substance she was found guilty of using, she stated, “absolutely not.” “Taking products that don’t align with a pure natural life of bodybuilding is NOT who I am and it’s NOT what I live for/represent day in and day out.”

Negligence and naiveness are what put Jill Kolivoski in this predicament. She said, “I was so excited with the idea to get back onto the stage that never once did I think I had to educate myself on supplements and banned products.” She admitted to never looking at the list of banned substances because she believed she was never at risk.

Jill Kolivoksi is extremely health-conscious and claims she never drank alcohol in her whole life, has never done drugs, and doesn’t use prescription drugs or antibiotics. She does regular fasts and is all organic – she restricts restaurants that don’t align with this. Kolivoski said she’s only started taking supplements as an adrenal fatigue remedy. She was following a nutrition plan with supplements to help lower her cortisol.

According to Kolivoski, she had no clue one of the supplements contained a banned substance until the INBA/PNBA league called her for inquiry. After further investigation, Kolivoski learned one of the supplements she was using did contain the forbidden ingredient. This same substance passed the USBF administered drug test. Although, Kolivoski now wants to educate other athletes of the potential risks of taking certain supplements, especially if they’re in the INBA/PNBA league and get tested by WADA.

Below, is a statement from the INBA/PNBA commission on December 23, 2021, regarding Jill Kolivoski’s failed drug test:

“INBA PNBA stands by the SMRTL (WADA Accredit Laboratory) test results for Jill Kolivoski. We have been in direct communication with Jill, who has taken complete responsibility for this outcome. Jill is currently suspended from competition with the INBA PNBA for five (5) years.

For decades INBA PNBA had been conditioning athletes to be well versed and compliant with the WADA Prohibited List and maintains one hundred percent transparency as the leader in this industry.

The other unfortunate part of this story is that Jill was tested one week earlier by the USBF and unfortunately their sub-standard testing did not reveal the same results! They cleared her as negative and paid Jill her prize money. One week later she tested positive for a SARM with the INBA PNBA. This is exactly why natural bodybuilding is not taken seriously. These other so-called natural federations/organizations are doing the athletes and the industry a huge disservice by misleading athletes into believing they are being tested based on their own protocols. Polygraph, Redwood Toxicology, and Quest Diagnostics in no way have the capability to do so.

This is not the first time this has happened and will not be the last. Rest assured the INBA PNBA will continue to treat natural athletes at the Olympic level, and most importantly test at the same level, only utilizing WADA Accredited Laboratories to ensure an even playing field in the sport of natural/tested bodybuilding.”

Generation Iron would like to thank Jill Kolivoski for her open commentary on the failed drug test after being stripped of the Women’s Bodybuilding title at Natural Olympia 2021. And we’d like to extend our thank you for the cooperation of the INBA/PNBA league and all parties involved.