Who will be the 2020 Classic Physique Olympia champion?

The 2020 Olympia is just a week away and some of the best of the best will be stepping on stage to achieve greatness. The Classic Physique division in particular will feature some truly impressive figures, all of which have their own unique strengths and weaknesses.

With so many talented athletes ready to challenge Chris Bumstead for the top spot, the division has never been more exciting.

So who should we be keeping an eye on heading into the 2020 Olympia? Let’s take a look at the list below and find out.

While his first trip to the Olympia stage was less than ideal, Wesley Vissers has learned and grown from that moment. With the biggest knock on him being his legs and conditioning, it appears that Vissers time away from competing has proven fruitful as he’s improved in both areas. Will it be enough to contend with the top of the division? We’ll soon see.

The runner-up at the 2020 Arnold Classic, Terrence Ruffin showcased a much improved physique as well as a sharp posing routine. Now looking to bring his best to the Olympia stage, Ruffin certainly has the tools to break into the top five of the division.

The 2020 Arnold Classic champion, Alex Cambronero has shown major improvements this year. Putting on some great size while maintaining his incredibly sharp conditioning, Cambronero is the dark horse in this field. Don’t be surprised if he gives Chris Bumstead and Breon Ansley a run for their money.

Speaking of the former champion, Breon Ansley has been looking insane in the lead up to this event. With improved musculature and incredible conditioning, Ansley hopes to capture the Olympia title once again. He lost to Chris Bumstead by a single point at the 2019 show which means the title is up for grabs. Can Ansley reclaim the throne or will he have to once again settle for second place?

The reigning Classic Physique Olympia champion, Chris Bumstead impressed with his showing in 2019. According to reports, he was in less than optimal condition at last year’s show meaning that by all accounts we should be seeing a much improved Bumstead in 2020. He has all the tools necessary to reclaim the title, but with Breon Ansley hot on his heels, Bumstead will need to pull out all the stops in order to secure victory. 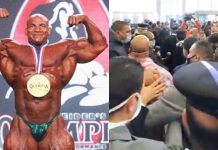 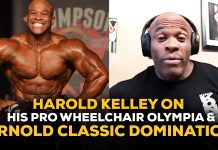 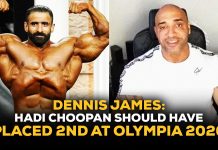 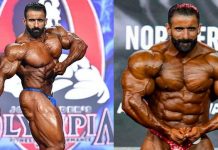 Opinion: Did Hadi Choopan Deserve Third Place at the 2020 Olympia? 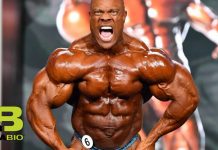 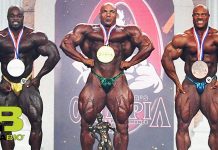