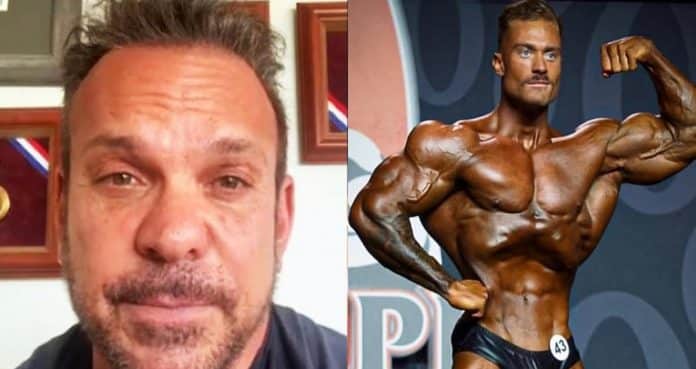 Rich Gaspari favors Chris Bumstead’s brand and physique over that of Open bodybuilding.

Rich Gaspari is a bodybuilding veteran who remains up to date on the comings and goings of different athletes in the sport. Recently, he sat down for a conversation with John Romano about the current state of bodybuilding and how Chris Bumstead has been able to build such a big brand.

Bumstead is the reigning three-time Classic Physique Olympia champion. He is approaching 10 million followers on Instagram and has even more on other social media platforms, such as YouTube. He has built such a following sharing different content, such as workouts and diets during his preparation for shows.

Gaspari, who joined Romano on Dragon Slayer Media’s YouTube, credits Bumstead for what he has been able to build and compares Classic Physique and Open Bodybuilding.

“Well first of all, Chris Bumstead gets credit that he really grew his popularity. He grew during the time of Instagram when it first started. You can gain followers very quickly,” Gaspari said.

“He’s got three million followers on TikTok. 9.5 plus three million on TikTok. Then, he’s very popular on YouTube. What he’s done is he’s used the vehicle of YouTube to show his training, his progress, how he eats. That has gone into his Instagram that’s grown tremendously, at 9.5 million. He’s become really really popular.”

READ MORE: Rich Gaspari Answers How A Bodybuilder Can Use Posing To Beat A Superior Physique

Rich Gaspari continues to tell a story about a show he attended in New York. The store where the show was taking place gave fans the chance to meet their favorite celebrities. Gaspari recalls the line to meet Bumstead being “just incredible.”

“He has his own brand. I mean, he’s really smart. He’s one of the few competitive bodybuilders that also has a business and a brand.”

Rich Gaspari on Open Bodybuilders: “It Takes Them A Lot Longer”

Rich Gaspari is not the first to make the comparison of Classic Physique to Men’s Open. There are many who believe Classic Physique is the future of the sport, and competitors like Chris Bumstead are a big reason why.

When discussing the current state of Open Bodybuilding, Gaspari comments on how long it takes to attain this type of physique.

“You look at these guys and their physiques are unattainable. It takes them a lot longer. I can’t say that for Nick Walker. Normal guys that are in the Olympia are in their 30s to 40s. It takes that long to gain all that muscle.”

Gaspari highlights Nick Walker as the exception because of the size he has been able to put on at such a young age.

“Nick Walker is in his 20s and is that big,” Gaspari said.

There is no doubt that Chris Bumstead is one of, if not the most, popular bodybuilders on the planet today. He is preparing to win his fourth consecutive Olympia title and this will only continue to build his reputation and brand. 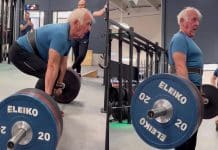