Samson Dauda has gotten massive in the off season.

Men’s Open Bodybuilding athlete Samson Dauda is tipping the scales at an insane 324lbs. The French bodybuilder has been posting updates to his social media channels displaying that he’s weighing 147kgs or 324lbs.

We’ve seen Big Ramy tip the scales at over 300lbs before. We’ve seen the reigning champ hit the stage at 300lbs as well. But in reality Big Ramy doesn’t look his best unless he’s a bit below that number. 300lbs is a strong base to start from, but it doesn’t necessarily mean automatic success on the bodybuilding stage. It does however mean that the athlete has a base in which they can lose enough fat and water to showcase the tons of musculature underneath.

Samson Dauda is looking very massive these days. The Open Bodybuilding competitor has recent been posting physique updates, complete with his weight results as well. The hulking Dauda is weighing in at 324lbs. That’s no small feat to accomplish. However, it does raise some questions. 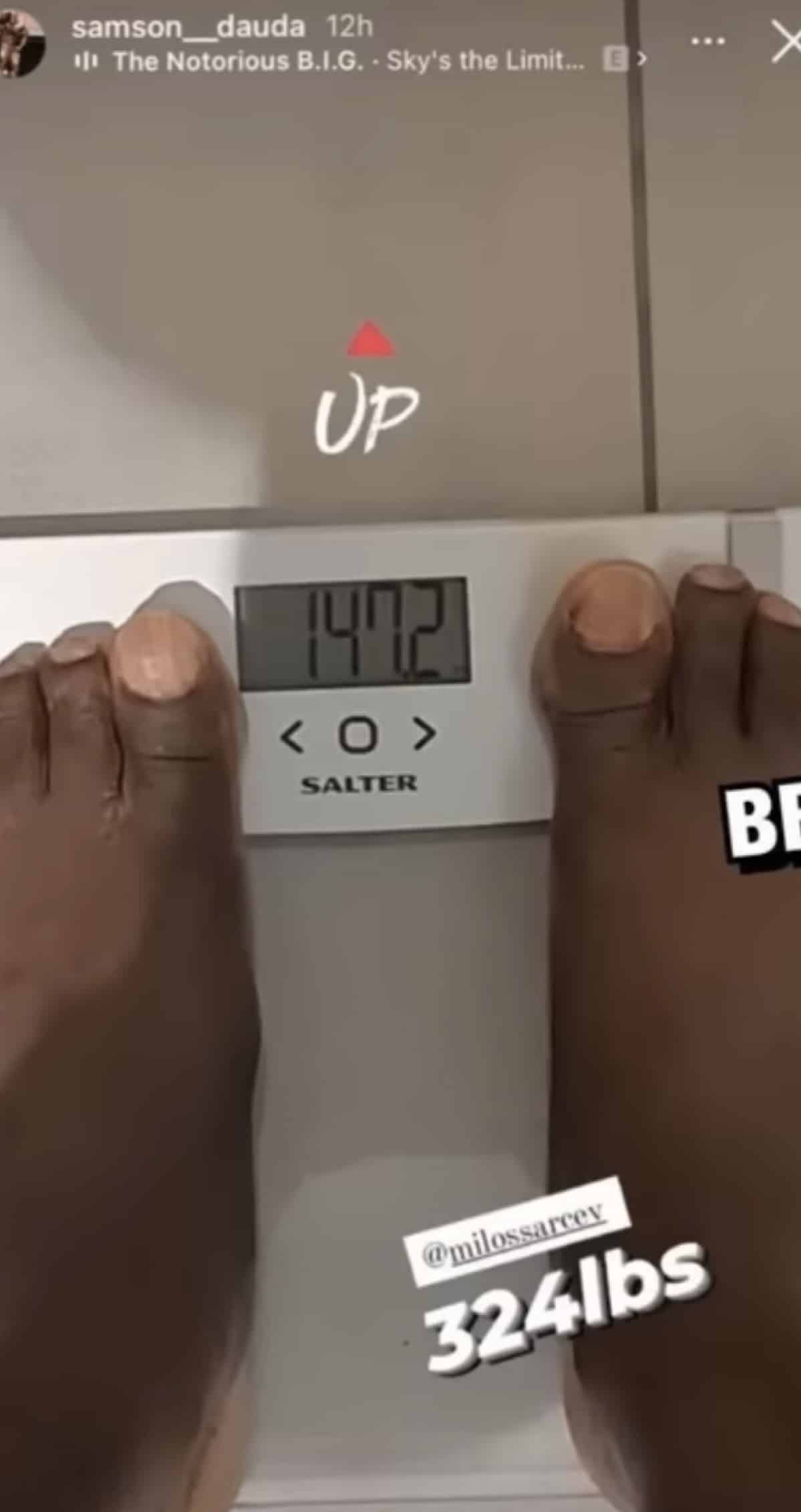 In the case of Samson Dauda we’ve never seen him hit the stage at such a high weight. We also have to keep in mind that while he may be weighing a whopping 324lbs in the off season it doesn’t necessarily mean he will when he hits the stage. What’s more likely is that Dauda will be cutting from the higher weight to come in far lighter. As said before this has the major benefit of showcasing a ton more muscle under the stage lights.

But not all the questions raised are positive ones. One question in particular has played in the back of everyone’s minds in recent years.

With so many bodybuilders having passed away in recent years is skyrocketing ones weight really a good idea?

Putting such massive amounts of muscle could prove detrimental to one’s health. Every human is different of course, but there’s only so much the body can take. While we don’t want to give into fear and hysterics it is something to consider in this day and age of bodybuilding.

Nevertheless, Samson Dauda is looking pretty impressive and could shock a lot of people if he’s able to use the extra muscle to his advantage. He’s been able to maintain a small waist while packing on more mass which lends his physique a more classic look. If he’s able to bring some great conditioning and posing to the stage in his next performance who knows how far Dauda could go.

What do you think of Samson Dauda weighing in at 324lbs?