Louisiana State headed to the championships this weekend and they got an epic send off from a legendary sports figure.

Dwayne ‘The Rock’ Johnson leant his voice to an impressive new hype video for the LSU Tigers leading up to their game with Clemson and fans were not left disappointed. The video, which is inspirational in its own right far outside the confines of any one game, highlights all the hard work the team put in this season over footage of their training equipment and gear. The camera hovers on young pictures of the team members and their beloved bus intercut with scenes of them as grown men playing on the field. It’s enough to make anyone tear up.

The Rock shared the post on Twitter himself with fans this weekend and even shared a little bit of fun trivia about his own connection to the team:

Hype video for tonight’s NATIONAL CHAMPIONSHIP GAME. What many don’t know is @LSUfootball’s head coach @Coach_EdOrgeron was my defensive line coach and early mentor at University of Miami ??
He taught me a lot – lessons that I’d finally understand years later as a man. #LetsGeaux pic.twitter.com/17TUioC8wK

The Rock’s earliest mentor at University of Miami was none other than LSU Coach Ed Orgeron, so it was definitely something of a personal honor for The Rock to participate in the project. Fans were blown away by the special connection he shared with their favorite team.

Coach O and the Rock existed together on a football team and my mind is blown. Also, this hype video ? https://t.co/arfQYYNRD0

The LSU Tigers went on to win their game against the Clemson Tigers 42-25, probably due to the surge of inspiration and vitality they achieved from listening to The Rock’s awesome video. It was an incredible way to cap off a truly captivating season for LSU, with some placing the Tigers “among the greatest ever” in 150 years of college football. ESPN’s Ivan Maisel called the team “as unstoppable as it is irresistible.”

With this season finish for the Tigers, they join Nebraska in 1995 and Miami in 2001 as being one of three teams to finish a season undefeated in such a spectacular fashion. And they probably owe a lot of that to Coach Ed Orgeron, who got a special shout-out from The Rock for teaching him “lessons that [he’d] finally understand years later as a man.” It’s so sweet to see someone who has accomplished so much reach out to thank past mentors for guiding them and to see those same figures inspiring a new generation of young people to reach for greatness. The same man that helped mentor a young Rock and lead him to superstardom is still out there inspiring young people and pushing them to achieve their dreams on the field. It really shows you what community and teamwork are all about and how showing love to your community can really come back to you in a beautiful way. The Tigers played a great game last week and that never would have been possible without all the people along the way who turned out to support them. A team is more than just its members — it’s the coach, the fans, the friends and family who always support them no matter what. We salute you, Ed Orgeron, and congratulations to the Tigers on one of the most epic wins in college football history! 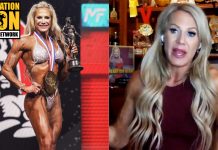 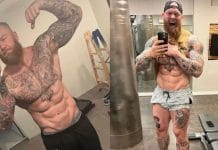 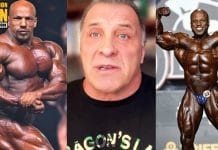 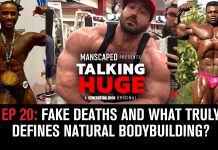 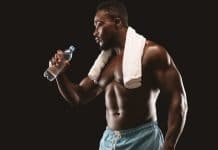 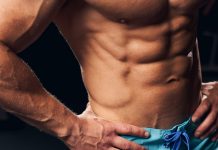