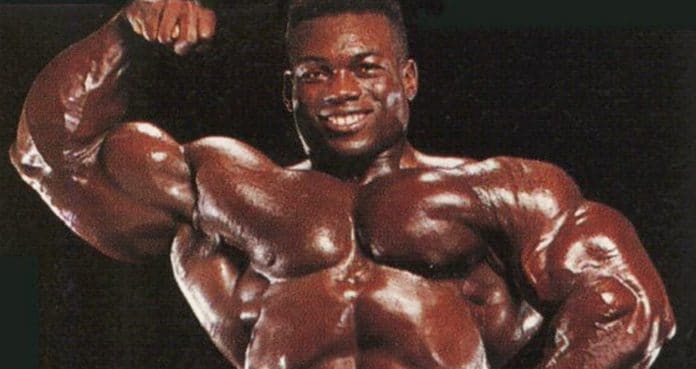 After initial reports within the bodybuilding industry, it appears that Victor Richards is alive and well.

On Wednesday November 10th, Generation Iron Fitness Network alongside other bodybuilding outlets reported the passing of legendary bodybuilder Victor Richards. Initial reports speculated a heart attack – but no official statement or cause of death was confirmed. Generation Iron can now confirm that earlier reports of Victor Richards’ death are false. It has been confirmed by a family member that Richards is alive and well.

Victor Richards’ daughter, who preferred to remain anonymous for her and her family’s privacy, directly reached out to Generation Iron to confirm that he was still alive and well. She had spoken with Richards today – after the initial reports of his passing. Richards himself was not available for direct comment. She provided an official statement to Generation Iron:

“I’m pleased to assure you that my father is in fact alive and well. An inaccurate facebook post has caused a wildfire of false information throughout social media and news outlets. Thank you all for your concern, my family appreciates all of the love the bodybuilding community has shown to my dad.”

Original reports seem to stem from a tribute post released by notable bodybuilder Andreas Cahling alongside other industry reports seemingly confirming the news. At the time of Generation Iron’s original reporting – we were unable to receive confirmation from family or an official announcement from Victor Richards’ or a representative of Richards. Due to this new information confirmed by a family member – we would like to retract our original report.

Originally born in Nigeria, Richards gained a passion for bodybuilding early on in his life. He was a three-sport athlete in high school who excelled in football, wrestling, and track and field. This is when he began to improve his physique. Richards earned his pro card while in Nigeria.

Victor Richards’ competitive history began in 1982 when he entered The American Cup. He finished first in the teenage heavyweight division and second overall. Richards continued to work on his physique and by age 18, he grew to 240 pounds. Richards entered The Orange County Muscle Classic where he finished fourth. At 19 years old, Richards was becoming a well known name and that only continued as he progressed.

Victor Richards began appearing on the cover of fitness magazines at 21 years old. He carried a massive frame that weighed close to 300 pounds of solid muscle. In 1992, Richards entered the 1992 Nigerian Championships and finished in first place. This is where he earned his Pro card. Despite the achievement, Richards did not compete in the IFBB. There was a bit of resistance that kept Richards from entering an NPC competition and taking the next step toward the IFBB.

Victor Richards competed in just five competitors during his career and earned four victories. It remains a mystery why he was never able to compete in the IFBB despite earning his Pro card in Nigeria.

For more news and updates in bodybuilding and strength sports – stick around to Generation Iron Fitness Network.