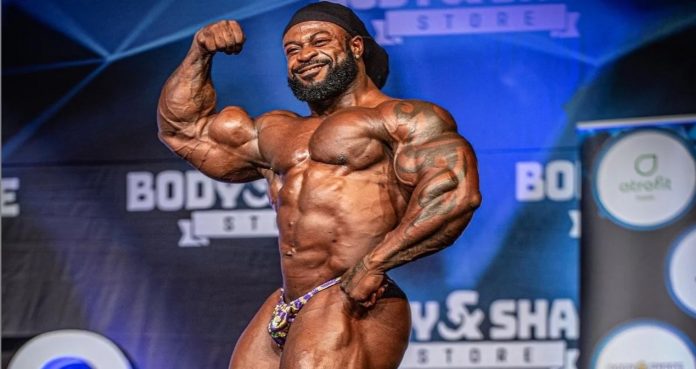 The 2022 Arnold Classic is officially in the books and it is now time for athletes to reflect on their performance from the event. This is exactly what William Bonac is doing and he shared a post on social media Sunday to speak on his showing.

Bonac took to Instagram early Sunday to make a statement. It was a bit of a controversial result as many believed the 39-year-old was good enough to win the competition. In the end, Bonac finished as the runner-up to Brandon Curry at the 2022 Arnold Classic. In his caption, Bonac took the time to thank his supporters and say he will return better than ever.

“MY FATHER!
What in Gods name do I have to do more??

One thing I can look myself in the mirror knowing me and my coach @thedietdoc and trainings partner @candrick29 and my wife @sueyenne7did everything we possible could do to get this win. Unfortunately I wasn’t good enough, and came short in the eyes of the judges.

We will get back to the drawing board and come back, and keep coming back until I can’t be denied! 👑

Huge thank you to everyone who supported me from day one, who never doubted me even when I was on my low.

May God blessed those who threw me in under the bus and put dirt on my name.

NEVER GIVE UP NOMATTER WHAT!!”

William Bonac has had great success at the Arnold Classic. He won the competition in 2020 Arnold Classic and was unable to defend his title last season due to travel restrictions. During prejudging on Friday night, Bonac looked to gain a bit of an advantage over the competition but that changed during the finals. It was a close contest but Brandon Curry was given the advantage in the end.

In a backstage interview, Bonac said that he believed this was the best he has looked at the Arnold Classic. There was not much more he believed he needed to do to win the competition. Before the final results were announced, Bonac was handed the most muscular award as well.

Curry has been a monster in the sport in recent years winning the Olympia in 2019 before finishing as the runner-up in each of the previous two years. Bonac will look to improve his showing come December. Steve Kuclo finished third in Columbus as Samson Dauda and Justin Rodriguez rounded out the top five.

The Arnold Classic being back in March after a delay last year to the pandemic marks the beginning of the bodybuilding season. The Men’s Open division is going to be an exciting one once again and William Bonac is believed to be in the mix. It is clear that he is happy with what he brought to the stage but will continue to work to make improvements.