Zane Watson talks about his future plans and the current bodybuilders that most inspire him.

Legends never die – which is why most athletes will list bodybuilding greats such as Ronnie Coleman, Dorian Yates, and Lee Haney in their list of most influential bodybuilders. It’s for good reason. But as these athletes recede further into the past, new athletes rise up to inspire a new generation. Zane Watson is a relatively young bodybuilder in his 30s and finds himself inspired by the rising current crop of athletes succeeding today. In our latest GI Exclusive interview, Zane Watson lists his picks for the most influential bodybuilders currently competing today.

Zane Watson is looking at a three year plan to success in pro bodybuilding. He’s been competing already for some time now but last year’s pandemic put a halt to his original plans. Now he’s looking to compete in the Arnold Classic 2021 this September. He’s had a routine memorized in his head that he’s excited to finally share with the world. He hopes this will be the first step towards further success and, hopefully, a future Olympia title.

Watson stated that he has multiple influences depending on which area of bodybuilding you are focusing on. For example, John Meadows is a big inspiration. He may no longer compete but now he trains athletes – including current Men’s 212 champion Shaun Clarida. Watson believes that Meadows’ training principles are legendary and have helped shape him into the bodybuilder he is today.

When it comes to pure physiques, he believes that Keone Pearson is a future Men’s 212 Olympia champion in the making. He believes that Pearson has one of the best physiques currently on stage in all of bodybuilding. He uses that as a beacon or goal to reach towards in his own physique.

Zane Watson also has a deep love of posing. He is most inspired at the moment by Terrence Ruffin’s posing routines. He believes that he will also become an Olympia champion in the Classic Physique division one day. Watson is a rare younger bodybuilder who believes posing is equally important as physiques. Without pitch perfect posing – the entire physique wouldn’t come together for the judges to see.

Athletes like Keone Pearson and Terrence Ruffin have been gaining heat for the past few years now. It makes sense that Zane Watson sees inspiration in them as well as motivation to rival them on stage with his own physique. Perhaps Watson will be the next guard of athlete to catch attention alongside these two bodybuilders. Watson’s New York Pro showing in 2018 caught a lot of attention. If he can earn a victory in the next step up such as the Arnold Classic – it can upgrade his status even further. We can’t wait to see his three year plan come to fruition.

You can watch Zane Watson’s full comments about his future plans and his inspirations in our latest GI Exclusive interview segment above! 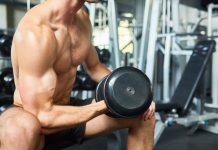