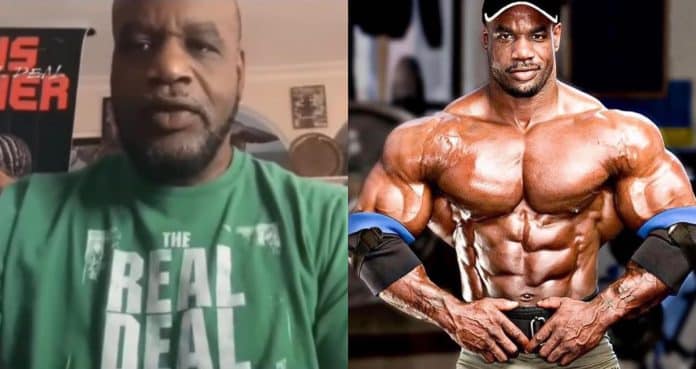 Chris Cormier used synthol during his bodybuilding career and knows the dangers.

Chris Cormier enjoyed a career on stage that lasted over two decades and saw him compete in the best of competitions. During his career, Cormier used different substances to prepare his physique and recently spoke on the dangers of synthol.

Synthol is one of the enhancement oils that has been used to improve an athlete’s physique for years now. At the same time, it can cause some imbalances in physiques and judges have been looking for this. Synthol is a common substance used by bodybuilders.

Milos Sarcev admitted to using synthol over the course of his career. Recently, Hadi Choopan was accused of using it to enhance certain muscles. Chris Cormier discussed the dangers of the substance during a recent interview.

Chris Cormier On Synthol: “The Damage Is Real”

In a conversation on the Muscle and Fitness YouTube page, Chris Cormier took some time to discuss the damage that synthol can do.

Cormier used it in his calves and he explains that this is the most common place where the substance is found. The use of synthol can destroy the muscle over time.

“You’re destroying the muscle. One of the muscles that a lot of people like to do is the calves. The calves is one of the worst places you can do it because it’s slowly going to damage that muscle. That muscle is going to disintegrate, and be actually nothing in another year or two, or you know something like that.”

Site enhancement oils have become part of bodybuilding and Chris Cormier expects that it will continue. He does not believe that it should be removed from the sport but admits that there are some difficulties.

“I think it really blurs the physique and I think you can look a lot better. You know, I’m not going to say that it’s something that can be totally wiped out but just calm down and have a little pride about you that you’re going to gain a little muscle in the gym, not in the bathroom.”

Chris Cormier has experience using these substances during his successful career and does not see any benefit when it is all said and done. The risk is not worth the reward and this is what many have said about the use of steroids as well.