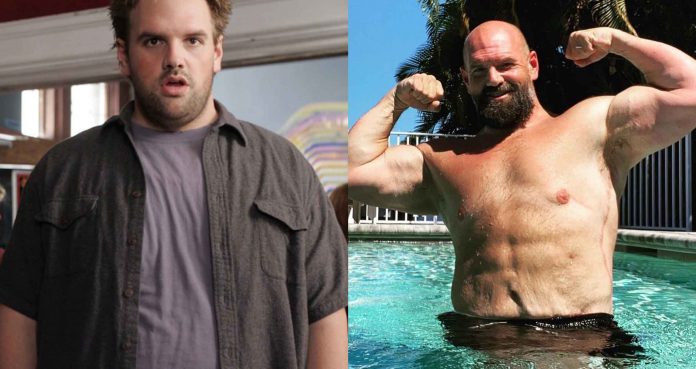 Ethan Suplee shows off ripped abs and gets candid about excess skin.

Ethan Suplee recently showed off a physique update that featured the actor’s ripped abs. In the same update Suplee got candid about the realities of major weight loss and addressed the topic of excess skin.

At one point Ethan Suplee was one of the most recognizable figures in the film industry. With his performances in films like Remember The Titans, American History X, John Q and television turns in shows like My Name is Earl, Suplee gained quite the following. During that time Suplee was a noticeably much larger man. He would eventually gain so much weight that he tipped the scales at an enormous 530lbs.

Eventually there came a time when Ethan Suplee was committed to making a change in his lifestyle and his physique. He decided to change his diet and embrace the grind of fitness that would transform his body completely.

Gone now are the days of the 530lbs obese actor. Now Ethan Suplee is a true inspiration for anyone looking to make a change in their lives. Rather than be defeated and accept his obesity, Suplee chose to look inward for the answers as to why he became overweight in the first place. After discovering the answers he would go on to make major lifestyle changes that have seen him completely transform his physique.

With the drastic weight loss however came another issue he needed to tackle. After dropping so much weight Ethan Suplee still had a considerable amount of excess skin on his frame. It is a common issue for those who lose a drastic amount of weight, especially for those who were once obese. In a recent post to his social media, Suplee described the realities of carrying excess skin.

Skin is the largest organ of the human body. Some of it’s functions are waterproofing the rest of our organs, it is the first line of defense against bacteria and other organisms, it acts as a cooling system via sweat, and it delivers information to us via tactile sense.
Our skin grows as we do, and yet always wants to remain elastic so that when needed, we can store more fat, and for childbearing purposes in women.
Once you’ve stored so much excess fat that your skin is stretched taut, it will grow larger to accommodate. Some women even find that if they do not return to their pre pregnancy size fast enough after giving birth, that skin around their abdomen has grown in anticipation of needing to expand from the larger set point.
There is no natural path for reducing skin. No type of diet, or cream, or fancy red light application that will get skin to grow smaller.
Autophagy has been cited by adherents of Intermittent Fasting as way to get your skin to consume itself. This is total nonsense. Your body will consume fat, then muscle, and finally as it approaches death during starvation it will begin to consume organs. Your teeth will fall out before you see a reduction in skin size via this method.

Ethan Suplee continues to be a true inspiration for individual who wish to change their lives. Whether that be through physical fitness to mental health and wellness, Suplee is a beacon that represents the fact that change is indeed possible. With the right mindset and work ethic anyone can push themselves to change their lives.

What do you think of Ethan Suplee and his radical transformation?