Generation Iron Fitness & Bodybuilding Network
Home Workouts In Depth: How To Workout Your Back For Optimal Mass

The full deets on a getting a massive back.

Building up a great physique is very much like constructing a skyscraper. It requires a sturdy foundation as well as strong internal structuring and maintenance in order to remain strong and aesthetic. When it comes to building muscle there’s always a delicate balance involved. People’s bodies are all different which means that everyone reacts differently to nutrition and exercise. But for the most part if you eat well, exercise smart, and have perfect form coupled with the optimal weight then gains are no doubt going to be in your future..

Building up every body part is key having impressive symmetry. If you want to have a proportional figure then it means you have to give equal attention to every part of your body. So for example, if you wanted to build up your chest for instance it means you have to work the opposite, or anterior, muscle groups as well. That means training the entire back for optimal growth for both the lats and the pectorals.

Why build up the back?

“Why not?!” would be a pretty adequate response to such a question, but since the devil is in the details, let’s explore the notion for a bit shall we.

First off, let’s consider what the back really does. In reality, the back is perhaps the most important body part to build up. While the front side of our bodies get a tremendous amount of attention, the back is vastly important when it comes to performance. Ask any athlete who has ever had a back injury and they’ll tell you that it is paramount to their overall athletic performance. As said before, everyone needs to build a strong foundation in order to excel and tap into their true potential. While the legs are quite literally the foundation of the human body, and is just as important to strengthen, the back is also a core component of ensuring high level athletic execution.

Coming from a purely aesthetic stand point, the back is also key in being able to make the illusion of massive. While the shoulders may work as the overall frame from size perspective, the back is also paramount if you want to really look jacked. Focusing purely on your arms just simply isn’t going to cut it.

Building the outer and lower lats are going to go a long way in creating the illusion of a tiny waistline. While many man may complain and worry about love handles, the reality is that one of the best ways to mitigate the flaw is by building up the lats in order to cut a broader figure to your upper half. Along with building the shoulders, having great lats are the key to constructing the coveted V-Taper that so many classic bodybuilders were known for possessing.

But building wide lats simply isn’t enough if you want to have total back dominance. You’ll need to add depth to your back as well, meaning training the inner back. Where building the outer and lower lats can be done by performing lat pull downs and pull ups, among other exercises, the muscle for the inner back can be carved out by performing dumbbell, barbell, or cable rows. Deciding which is a matter of preference, but trying a combination of all of them is a key to success.

Still not convinced that you need to make back training your priority? (Who said we didn’t?) If you still need more evidence to the fact then think about every bodybuilding champion who crushed the competition on the way to winning the Olympia. All of them had impressive attributes, including a truly out of this world back.

When it comes to bodybuilding and training advice there are few people out there that can match IFBB pro bodybuilder Benjamin Pakulski in terms of sheer intricate knowledge and experience. The man is an advocate of the scientific approach to getting the body to perform at optimal levels in order to both condition the body as well as acquiring great muscle growth.

The IFBB pro’s YouTube page is dedicated the best advice and knowledge Ben has acquired over years of studying and trial and error. If you’re looking to build an impressive back then we have no doubts that Pakulski’s intricate break down on training the lats is something you’re going to want to see. Check out the video below for some detailed knowledge into how to train the back.

Would you want to train under Ben Pakulski’s tutelage? You can also get a deeper inside look into Ben Pakulski’s bodybuilding journey way back from our original Generation Iron film. Available to stream here. 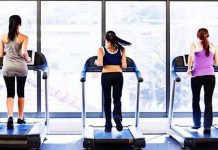