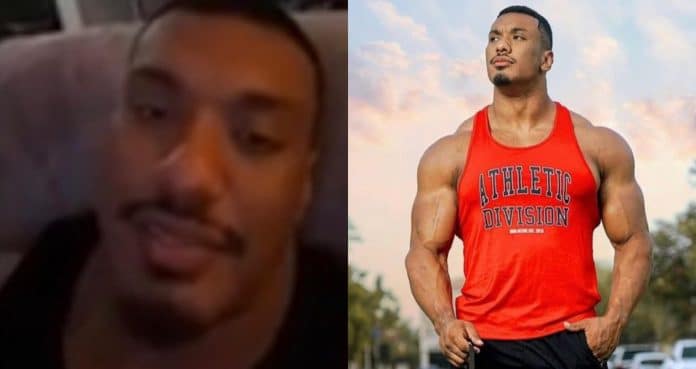 Larry Wheels explains how Trenbolone is by far the worst steroid he has taken.

Larry Wheels has built a reputation as an elite powerlifter with a massive following. Over the course of his career, Wheels has dabbled with many PEDs and this is something he has recently opened up about more and more. This continued in a recent interview as the powerlifter went over his steroid use and explained how Trenbolone was the worst experience.

Wheels has gained 3.3 million followers on Instagram. He is known for his incredible feats of strength and shredded physique. From powerlifting, Wheels has also taken on arm wrestling and is nearing a return to strongman. Wheels has not taken part in bodybuilding but the recent string of deaths in the sport has opened the eyes of all close to it.

Shawn Rhoden passed away suddenly last year and this hit the bodybuilding world hard. George Peterson and Cedric McMillan also passed away due to heart complications and this shocked the community. Because of this, Wheels decided to get checked out by a doctor because of his steroid use over the last decade. At 27 years old, Wheels revealed that his heart is healthy and where it needs to be.

The conversation continued as Larry Wheels discussed how Trenbolone is the worst steroid that he has been on. 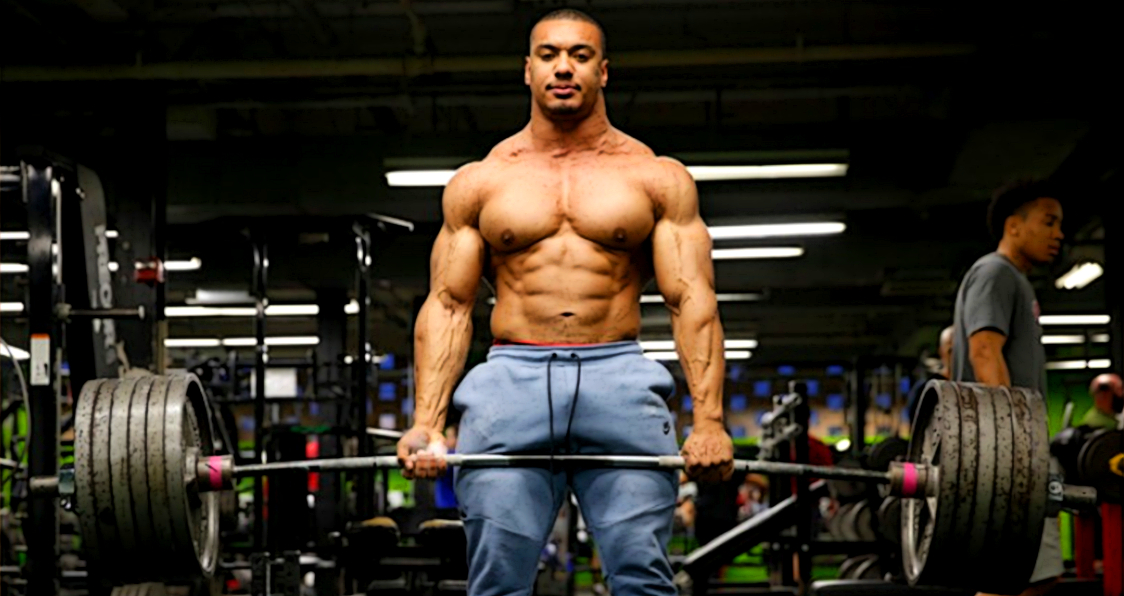 Larry Wheels On Trenbolone: “It’s A Nightmare To Deal With”

Many steroids come with side effects and these include mood swings, acne, and insomnia. These go along with the other long-term effects that athletes have. For Wheels, he did not have many side effects on substances but admitted that Trenbolone was .

“I tried to get rid of the bare minimum, but this Tren has just…besides the advantages, all of the other side effects they bring like mood swings, the insomnia, the acne. It’s just a nightmare to deal with. Is it even worth the small extra strength gain it will give you over something like a D-Bol or T-Bol or Deconate. Is it even worth it but it’s just a nightmare to deal with,” Wheels explained.

Wheels revealed recently that he had been using steroids for about 10 years now. This is when he began seeing differences in his physique and strength. After seeing what is happening in the sport of bodybuilding, he decided to check on his health and reflect on the last decade.

“I’ve been on PEDs for ten years straight right. The worst of them has definitely been Tren. I mean, all other PEDs my mental health is okay, I’m not paranoid or I’m not irritable or overly aggressive. So, it’s just that one, it’s just Tren. It’s a life living hell. I haven’t used it in a while for that reason, or orals for that matter.”

READ MORE: Bodybuilders Are Dying: An Investigation Into Modern Bodybuilding, Health, & PED Use

Larry Wheels Plans To Cut Back

Larry Wheels went into how steroid cycles are different than they were before. After 10 years of using, Wheels has decided to dial it back a bit to keep his health priorities first.

“We don’t really know what the long-term effect of abusing drugscan really be. We see guys like Arnold, and other bodybuilders back in the day, still okay today. But they were not using the same drugs that we were using today.”

“When these bodybuilders are passing away, a lot of them I’ve met personally, shook hands with. It’s just like surreal, they’re so young. Thirty, forty years old. They’re leaving behind children and wives, and it’s just really sad.”

Larry Wheels continues to prepare for the 2022 Middle East’s Strongest Man competition and has put up some more eye-popping numbers in the gym. Just because he plans to cut back on certain cycles does not mean that he is not going to be lifting. Wheels is at a point in his career where he has built enough strength to compete.

Now, the 27-year-old powerlifter will focus on his health moving forward.

“When you’re young, everyone tells you, ‘oh you’re young, don’t worry about it, you’re supposed to be healthy’ but you’re totally right on the same page. I’m going to be thirty soon. I need to dial things back. I want to have kids soon. I don’t want to be 35-40 trying to have kids. I don’t even know if I’m fertile or not, I have to deal with that as well and figure that out. Life hits you, you know. It comes fast.”