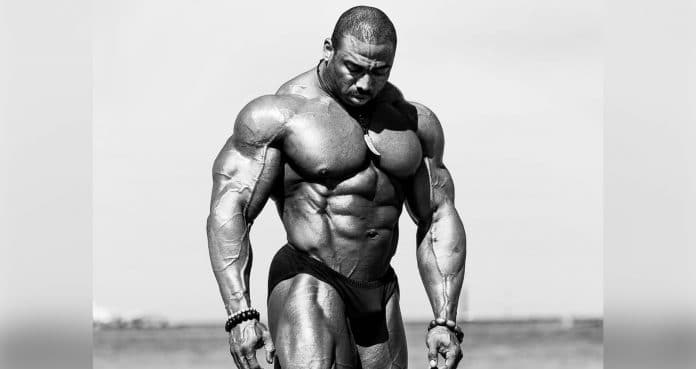 The 2017 Arnold Classic champion pro bodybuilder Cedric McMillan has passed away at 44 years old – close sources to Generation Iron have confirmed. The tragic news comes shortly after McMillan was very open about his past heart issues and near death experience in 2021.

Though the details have not been confirmed, sources state that Cedric McMillan suffered a heart attack while on the treadmill. The pro bodybuilder had been delaying his return to competitive bodybuilding due to his health issues – but was very optimistic about being able to return to the stage at some point in 2022.

Cedric McMillan was born on August 17, 1977 in New Jersey and grew up obsessed with all things bodybuilding and muscles. As a child, the South Carolina native used to reference bodybuilding and workout magazines to draw his superhero cartoons. Even his mother said “all Cedric used to do was talk about muscles.”

Cedric McMillan was able to follow through on his childhood dreams when he went Pro in 2009 after winning the NPC Nationals. McMillan went on to win the 2011 Orlando Show of Champions then was victorious at the 2012 New York Pro. 2017 proved to be a great year for McMillan. He went on to win the 2017 Arnold Classic and become a top contender in the Men’s Open division.

To many, Cedric McMillan was the return of the “classic” look that so many fans wanted to see in Men’s Open bodybuilding. His presence, and his eventual win at the Arnold Classic 2017, may have helped in part bring the Classic Physique division into fruition. Though McMillan remained in the Men’s Open division himself.

Arnold Schwarzenegger was very optimistic about Cedric McMillan’s physique – and held it up as the pinnacle of what modern bodybuilders should look like in the sport. McMillan was never able to regain another Arnold Classic trophy, nor win a Mr. Olympia event.

RELATED: An investigation into modern bodybuilding, health, and PED us. Why are so many bodybuilders dying?

In December 2021, Cedric McMillan spoke openly about a near-death experience he suffered due to heart issues. This ultimately kept him out of his planned competitions such as the Legion Sports Fest Pro and the Arnold Classic. McMillan was focusing on recovery but also saw the event as a wake up call for his health and future tactics in the sport.

Cedric McMillan shared even further details about the dramatic experience, speaking with Generation Iron’s Aretha Luz as he reflected on the entire situation. You can watch the interview below:

Cedric McMillan also provided commentary for the Arnold Classic 2021 alongside Arnold Schwarzenegger. The coverage was a reunion of sorts for the two athletes. During the broadcast, Schwarzenegger was also very critical of the Men’s Open physique sizes and stomachs. Whereas he praised the look of Classic Physique athletes as they stepped onto the stage.

Cedric McMillan’s death is one of many that has plagued the sport over the past year. Most notably, former Mr. Olympia Shawn Rhoden and iconic pro bodybuilder George Peterson both passed away at young ages in 2021. While none of these deaths have been connected to any specific unifying connection – it has increased the discussion about health in bodybuilding considerably.

Autopsy reports for late bodybuilders such as George Peterson and Dallas McCarver are not able to directly confirm that PEDs such as steroids contributed towards their passing. Though Peterson’s autopsy listed certain anabolic substances as a contributing factor. The fact remains that a direct line is hard to draw between these health concerns and substance use in the sport – particularly because of the long term nature of the health concerns they seem to contribute towards.

Cedric dedicated his life to his family, his four children and was an active service member in the US Army. This story is still developing and Generation Iron will update with further information as it becomes available. The entire staff at Generation Iron sends its deepest condolences to the friends and family of Cedric McMillan at this time.