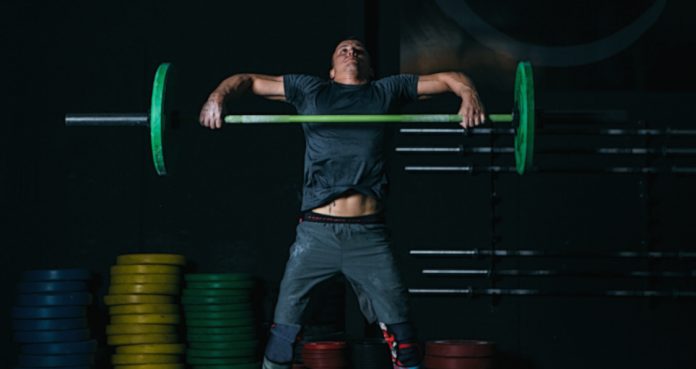 For many athletes and sportspeople, being powerful is absolutely crucial and can prove to be the difference between success and failure. This article will break down one of the greatest power-based exercises that can be performed for athletic development – the power snatch.

The Benefits of the Power Snatch

The power snatch is an exercise that is typically performed by Olympic weightlifters looking to improve their snatch performance. However, nowadays Olympic lifting is being performed more frequently by athletes from other sports as it is a method for increasing overall power output (1).

There are a number of specific benefits associated with the power snatch and therefore, for any individuals looking to improve power, it is worthwhile considering incorporating the power snatch into their training.

In the power snatch, it is not necessary to drop down into a squat in order to catch the bar. As a result of this, the bar must be pulled higher and with more power to allow it to be caught in a more upright position. Those who particularly struggle with final phase of the snatch or with the high pull will find this exercise to be of great benefit and it may improve their overall snatching ability.

In a similar vein, the power snatch is an excellent developer of the second and third pull. The power snatch forces the lifter to pull maximally and “throw” the bar overhead. With a full snatch, dropping down quickly and deeply into a squat can compensate for a poor or inefficient pull.

Being capable of pulling powerfully and extending quickly through the hips will cause the bar to accelerate faster and facilitate a more efficient snatch (2). Therefore, practicing the power snatch regularly and improving one’s rate of force development will help to accelerate the bar to a greater extent and improve overall snatch performance.

The snatch is a highly technical lift that takes time to learn properly – it is very important that time is taken and progress is gradual. Typically, coaches will start with the block or hang power snatch so that the individual can begin to learn the movement patterns and requirements for the snatch. Once this has been established, they can then be progressed to the floor. When pulling from the floor, a specific emphasis should be placed on developing both the 1st and 2nd pull (3).

The power snatch tends to be slightly easier to instruct than the full snatch due to the fact that the barbell can be caught in high and there is no need to drop into the overhead squat position. Once the power snatch has been perfected, then the overhead squat position can be taught through exercises. such as snatch balance, to gradually advance them to the point where they are eventually ready to perform a full snatch.

Snatching with poor mobility is a recipe for disaster. Every single joint must be utilized during the snatch and must therefore be supple and be capable of moving through a great range of motion (4). For every serious lifter mobility should be a priority and should be worked on frequently.

However, for those who have restricted mobility, performing the power snatch is recommended. The full snatch is a lot more demanding on the joints as they are required to move through a larger range than the power snatch.

For the Olympic Lifter, it’s unwise to practice heavy lifts with every session. With any type of physical training, it’s essential to program in a tapering period to allow for recovery.

Regularly performing technique-focused power snatches with moderate loads will not be overly taxing on the body and can therefore be performed very regularly without impacting the recovery process. Additionally, this may refine technique, enhance power and therefore improve one’s overall snatching ability.

How To Power Snatch

The main benefit of the power snatch is that, because the bar must be caught high, the lifter must generate maximal power in order to get the bar directly overhead and establish a strong and stable overhead position.

The following number of points run through how to appropriately and effectively complete a power snatch.

Feet slightly wider than hips, toes pointed out, bar in close proximity to the shins, gripping the bar with straight arms and hands wider than shoulders. The way in which a lifter sets up is determined by their physical attributes and therefore, there is not a “universal” snatching position.

This involves initially lifting the bar from the floor, bringing the bar up to the thighs, extending powerfully through the hips and pulling aggressively upward on the bar.

Look to “catch” the bar high and do not not allow it to push the body down into a deep squat – the lifter should not drop beyond parallel with the floor. Catching high will ensure that maximal power is produced during the pulls and lead to an efficient turnover and strong overhead position (5).

When performing a power snatch, it is essential that the lifter does not change anything about their snatch technique or adjust their mechanics to allow them to complete the lift. For example, a common error is to jump the legs out wide when catching the bar overhead to give them an advantage and prevent them from dropping too deep.

Adjusting movement patterns and mechanics for the power snatch may cause movement problems with the full snatch. Therefore, if movement begins to break down or inconsistencies begin to creep in with the power snatch, consider reducing the weight on the bar so that proper movement is restored.

Power snatches can be incorporated into many different training regimes but should only be included if it aligns with the individuals goals and targets. If a lifters goal is to improve their snatching ability, then it would make a great deal of sense to program in regular power snatches to improve their bar speed and pulling power.

It may be the case that an individual is already efficient at the power snatch, if this is the case, it would be worthwhile spending a greater amount of time on the full snatch to allow them to become more accustomed to handling heavier loads.

Testing a lifters one rep max can be beneficial for consequent programming to ensure that the correct weight and intensity are prescribed (6).

For developing bar speed and technique, it is recommended to perform 1-3 repetitions using 50-75% of the lifters full snatch 1 rep max.

For developing strength speed and for lighter training days, it is recommended to perform 1-2 repetitions using 70-85% of the lifters full snatch 1 rep max.

While improving the power snatch can certainly be beneficial, it should not be more important than improving the full snatch. Therefore, it is worthwhile assessing one’s full snatch regularly and look to pinpoint weak areas that can be improved.

Those who can power snatch a great deal of weight (more than 85% of their full snatch), may be stronger pullers already and therefore should focus more on the transition and getting under the bar quickly.

Conversely, those who can already rapidly drop under the bar and catch, may be better suited to concentrating on the power snatch for a period of time in order to develop their power generation and technique.

There is no denying that the power snatch is one of the best exercises that can be performed for developing speed and power. Therefore, this exercise is highly recommended, not only for Olympic lifters, but also for athletes, sportspeople and lifters looking to develop their overall power. 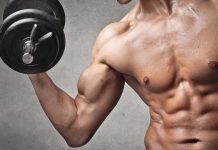 Thrash Your Abs To Perfection With This Core Training Routine 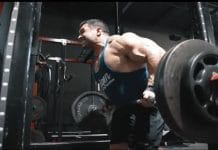 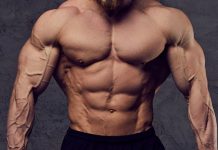 Three Methods Of Increasing The Intensity of Home-Workouts