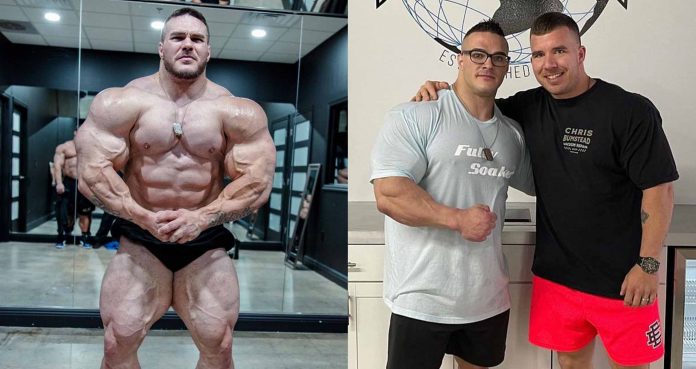 After parting ways earlier this year, Nick Walker and Matt Jansen have reunited to work together on the final weeks of 2022 Mr. Olympia contest prep.

It’s official. Much hyped Mr. Olympia threat Nick Walker has returned to Matt Jansen as his coach for the final 12 weeks of his Olympia contest prep and training. The news comes after a tease on Instagram posted on September 30, 2022. In the post, Nick Walker appeared to be posing in Revive Gym simply commenting, “Home.” Generation Iron has connected with Matt Jansen directly, who has confirmed that he is indeed once again coaching Nick Walker.

The beginning of 2022 started with some seeming controversy for Olympia hopeful Nick Walker. After placing an impressive fifth place at the 2021 Mr. Olympia, he set his sights on once again competing and winning the Arnold Classic in 2022. This would be, he hoped, a repeat victory after his powerful win last year. However, rumor has it that Matt Jansen wanted Walker to take a break from competing to focus solely on Mr. Olympia. Walker eventually accepted this and skipped the 2022 Arnold Classic.

Shortly after this news, it was confirmed that Nick Walker was no longer training under coach Matt Jansen. He then enlisted the talent of Dominick Mutascio, aka Dom Supersliced, to work with him on his 2022 Mr. Olympia prep. While no direct reason was given for Walker leaving Jansen – it was speculated that a disagreement over the 2022 Arnold Classic played a factor in the decision.

What we do know, is that the split was largely left on good terms. And now it seems that Nick Walker is ready to return to Matt Jansen to help him with his final 12 weeks of Olympia prep.

The rumor of Nick Walker and Matt Jansen’s reunion originally took hold after an Instagram post was published on Friday, September 26, 2022. Nick Walker revealed a posing image of himself – but it was clear that he was posing in Revive gym. His comment simply stated, “home.” Furthermore, Matt Jansen commented on the photo stating, “There is work to be done!”

While this post seemed like a clear indication that Nick Walker was once again being coached by Matt Jansen, Generation Iron contacted Jansen directly to confirm the rumors. While no exact details were given about the reason for Walker’s sudden switch – Jansen did confirm that he was now once again training Nick Walker for the final weeks of his contest prep.

While many were nervous when Walker first decided to switch coaches, it appears that Dom Supersliced has done a phenomenal job during the off season. Walker is looking more impressive than ever. But with the final weeks focusing more on shredding and cutting down fat – perhaps Walker wanted to change tactics to even further optimize his final physique look for the 2022 Mr. Olympia.

Generation Iron previously interviewed Matt Jansen about his coaching approach with Nick Walker – which you can watch above.

While this is only speculation – a sudden coach shift this close to the biggest event of the year is very uncommon. One can only imagine that this decision is a calculated move to further ensure his quality at the Mr. Olympia. Only time will tell – but this wrinkle of news only adds more excitement for what to expect at a truly stacked Olympia lineup this year.

Nick Walker will be going up against the likes of other much hyped rising athletes such as Andrew Jacked and Hunter Labrada. Not only that, but former IFBB Elite Pro athlete Michal Krizo is aiming to not only earn his IFBB Pro card, but also qualify for this year’s Mr. Olympia. His physique has been extremely hyped as well – even by former Mr. Olympia Jay Cutler.

Nick Walker will also have to face against, of course, current reigning champion Big Ramy and other high-placing heavy hitters such as Brandon Curry and Hadi Choopan. We also have wild card Derek Lunsford switching from Men’s 212 with a special invite to the Mr. Olympia Men’s Open.

If it’s not clear already, this will be one of the most stacked and exciting Mr. Olympia lineups in quite some time. Nick Walker with have his work cut out fo him. We can’t wait to see what Walker and Matt Jansen cook up together in these final weeks.

For more updates on Nick Walker, Mr. Olympia, and all things bodybuilding – stay tuned to the Generation Iron Fitness Network!