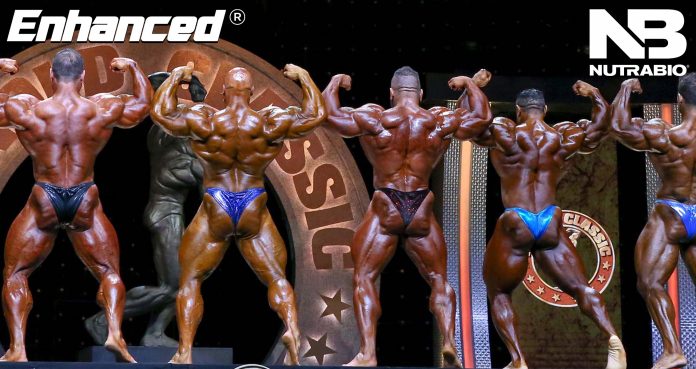 The 2021 Arnold Classic pre-judging broadcast is live – here’s how to watch.

Like last year, the Arnold Classic is providing a free live stream of both the pre-judging and finals of the event. This year it’s more important than ever before due to the global pandemic limiting in-person attendance for the event. What is typically a multi day event and expo with over 100 sports present is now condensed only into the pro bodybuilding Arnold Classic competition

The 2021 Arnold Classic live stream was broken into two parts. The pre-judging aired at 10:00 A.M. (EST) and the finals at 6:30 P.M. (EST). Both streams are completely free – and if you missed the livestream, you can watch the replay now available at the official Arnold Classic webcast page right here.

As mentioned, the bodybuilding pro show been condensed and none of the other sporting and fitness events typically held at the Arnold Classic will be conducted this year. That means there are no additional live streams for Strongman, Powerlifting, and the usual dozens of other events.

Arnold Classic Pre-Judging: What To Expect

Unfortunately, the 2021 Arnold Classic has been plagued with athlete drop outs. In the Men’s Open division, four major athletes have announced that they will not compete. Cedric McMillan was the first to announce his withdrawal due to an injury. There were also three athletes who dropped out last minute due to travel issues. Lionel Beyeke was unable to arrive in the states due to COVID-19 related travel issues. This was later followed by Roelly Winklaar. Then at the very last minute – returning champion William Bonac had to withdraw also due to COVID-19 travel complications.

Needless to say, these four major dropouts have greatly changed the landscape for the Men’s Open at the 2021 Arnold Classic. There is still quite the stellar lineup – and the lack of Bonac means we will have a new champion this year. Nick Walker is the clear standout to win the title. His victory at the New York Pro earlier this year showcased a phenomenal physique. His mixture of conditioning and size will be hard to beat.

But it’s not impossible. Biting at Walker’s heels are Akim Williams, Iain Valliere, Justin Rodriguez, and Steve Kuclo. All four of these athletes have shown incredible promise and will give Walker a run for his money. GI alum Victor Martinez predicts that Rodriguez is poised to at least place in the top 3. Could he edge his way into the first position?

Kuclo has had a string of bad luck – competing against the likes of Iain Valliere in previous shows and falling short. Perhaps this competition will be when he perfects his peak timing. Valliere himself has already won multiple shows this year – including just six weeks earlier at the Texas Pro. Will his short turnaround be a blessing or a curse for his peak timing at the 2021 Arnold Classic? We’ll soon find out.

The pre-judging round is our first change to really see these competitors side by side. It’s also our first chance to see who is coming in on point after weeks of previews during prep. By the end of the pre-judging, we’ll have a clear idea of who is to land in to the top five.

You can watch the 2021 Arnold Classic pre-judging live stream above. Make sure to stay tuned to the Generation Iron fitness network for pre-judging reports, results, and more updates!