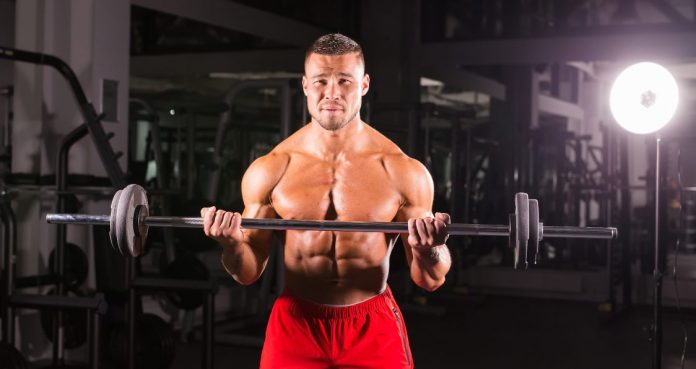 The Essential Exercise for Building Biceps and Upper Arm Size

While exercises like barbell curls should be part of a strength training program, they are perhaps of secondary importance in comparison to a range of compound exercises such as squats, pulls, and presses.

However, this is not to say that they are unimportant or unnecessary as the barbell curl can successfully bring about a significant change in the size of the biceps.

Furthermore, working the biceps through exercises like the barbell curl can have a consequent impact on strength, power, general fitness, and aesthetics.

This article will review the barbell curl, the specific benefits associated with the exercises, and a number of curl variations that you can add to your training.

Considering the fact that the barbell curl is an isolation exercise, the movements place a great amount of stress on only one muscle group – the biceps.

However, the forearm muscles are also isometrically contracted as a result of gripping the bar. This simply means that the muscles are activated but are not changing in length.

The following 5 steps will allow you to complete the barbell curl in an effective manner and facilitate changes in bicep and forearm strength and size.

Start by grabbing the bar using an underhand grip that is slightly wider than the hips. Be aware that grip widths may vary depending on your physical characteristics.

Stand up with the bar in hand, lift the chest, pull the shoulders back and squeeze the shoulder blades together.

It’s highly important that the shoulders remain pulled back throughout the barbell curl to ensure that a maximal load is placed on the biceps.

A common mistake is failing to squeeze the bar tightly during the curl. This often causes the elbows to flare out, the chest to drop and the shoulders to move forward.

Gripping tightly will keep the hands supinated (palms out) and consequently prevent the elbows from flaring. Allowing flaring will turn the exercise into a shoulder-dominant movement which is not ideal.

To maximize the load on the biceps, facilitate better form and develop fuller looking arms, focus on squeezing the pinkies on the barbell and imagine you are attempting to break the bar. 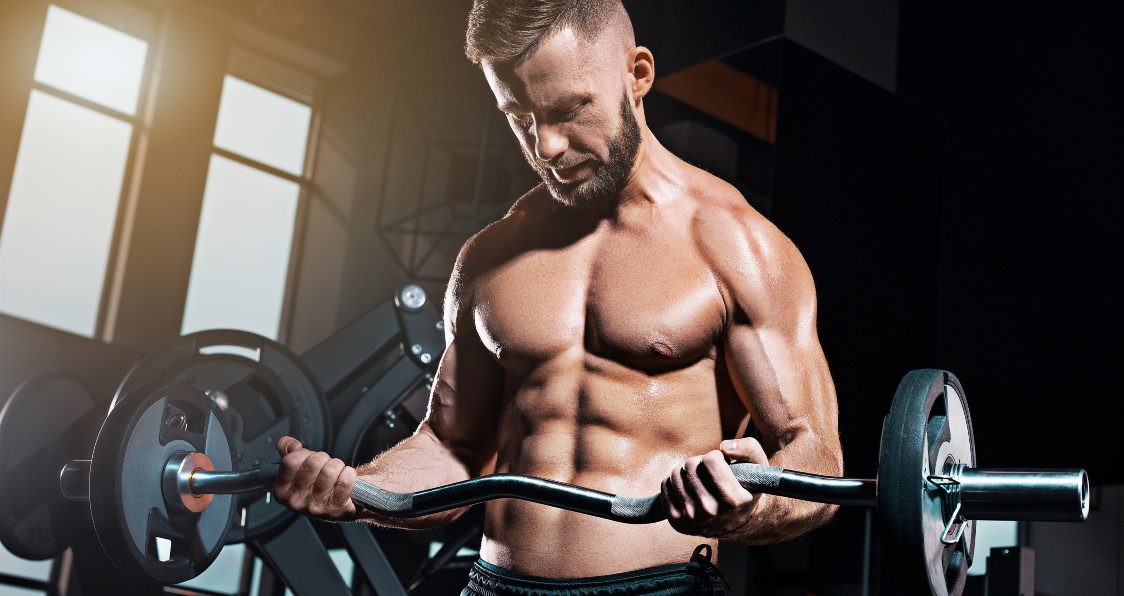 When executing the curl, focus on keeping the bar away from the torso rather than tight to it. Ideally, the elbows should be slightly in front of the line of the shoulders.

As you curl upwards, prevent the shoulders from shifting out of position – they may want to come forward as the bar rises.

4) Focus on the Squeeze

When reaching the top portion of the barbell curl, ensure that you do not curl the bar too far. Bringing the bar up to the chest will suffice.

If you continue to curl up to the shoulders and allow the elbows to shift away from the sides, you will find that the tension on biceps will dissipate and the shoulders will become involved.

The goal should be to maintain tension through the biceps, therefore, ensure you reach chest level and concentrate on the bicep contraction at the top of the movement.

As mentioned in the last point, it is imperative that tension is maintained on the biceps throughout the duration of the exercise.

Therefore, avoid rushing the eccentric lowering phase to maximize bicep tension. As you reach the bottom of the rep, avoid relaxing and fully straightening the arms to maintain tension.

Focus on keeping your hands slightly in front of the body at the very bottom of the curl – this should prevent you from dropping the bar too far. 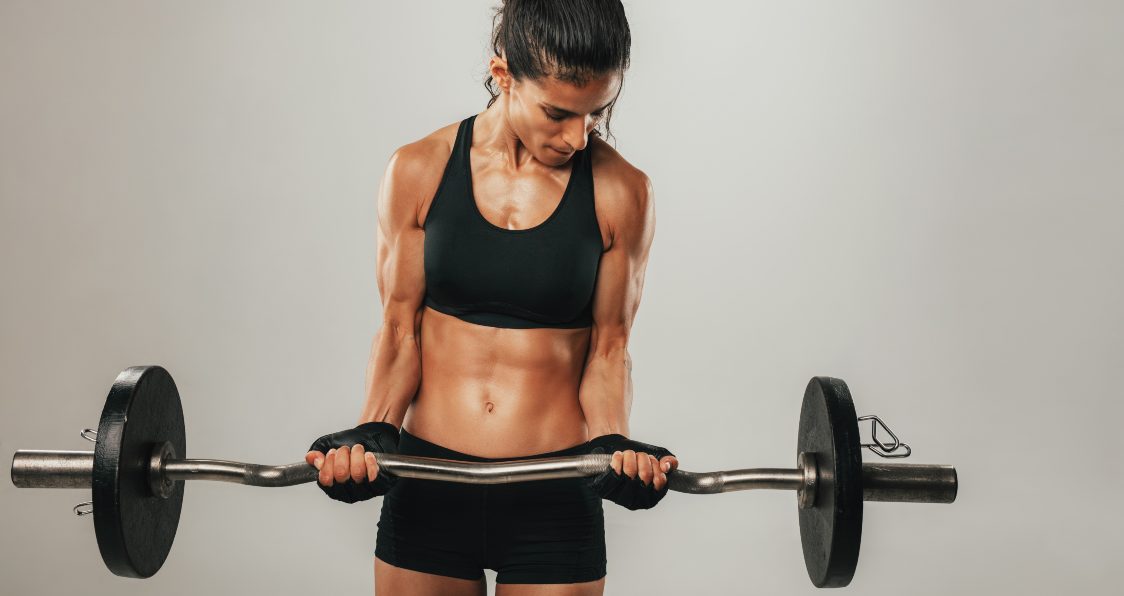 Benefits of the Barbell Curl

There are a number of reasons to incorporate the barbell curl into your training program. This section will consider 4 primary benefits associated with the exercise.

The stress and strain placed on the forearms during the barbell will cause a significant adaptation and improve grip strength and wrist strength & stability.

Enhancing these components will help with other resistance exercises that require a large degree of wrist and grip strength. Prime examples are the deadlift, loaded carries, hanging exercises, and weightlifting.

The biceps are responsible for bringing about flexion of the elbow joint as well as stabilizing and assisting in carries and pulling exercises.

Having weak biceps can increase your risk of sustaining an injury to the biceps or the elbow as well as contributing to issues with grip thus negatively impacting your performance will certain exercises.

Therefore, it is clear that incorporating bicep-orientated exercises like the barbell curl into your training is key for building strength and reducing the risk of sustaining an injury. 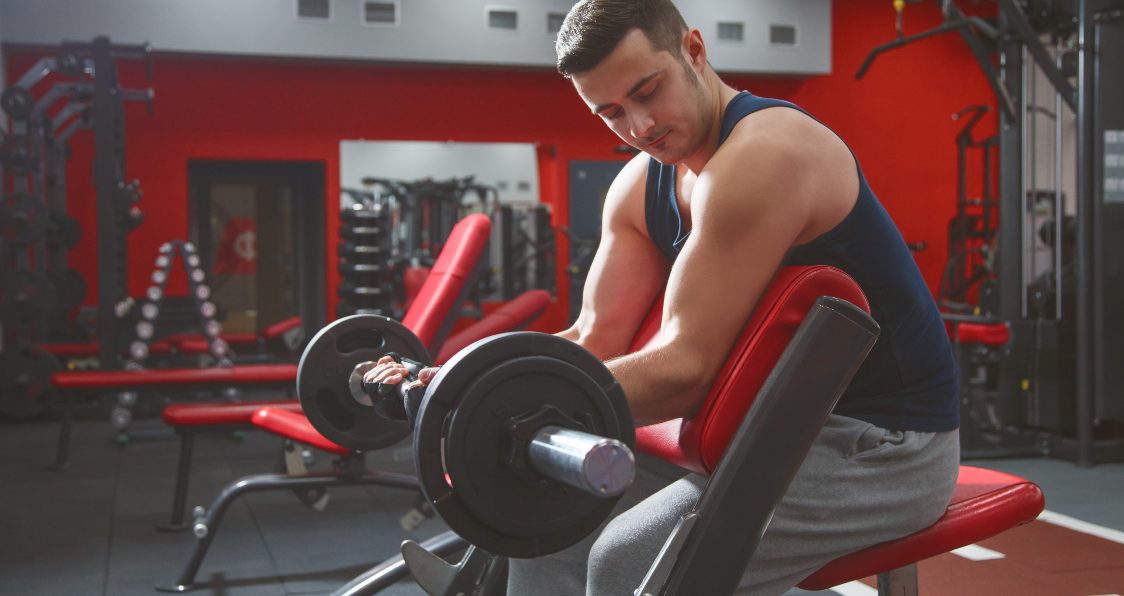 Using the barbell curl as an accessory in conjunction with other accessory moves such as presses, dips, and rows can significantly impact overall upper body strength and size.

Any lifter who is looking to gain weight in order to move up a weight class or improve for aesthetic reasons should consider incorporating barbell curls into their program.

One of the biggest benefits of the barbell-based exercises is that the barbells allow you to lift the heaviest load possible (1) which causes the muscles to rapidly adapt in strength and size.

Finally, as reflected on, developing the biceps not only has a positive impact on performance and joint health but having bigger arms may allow you to draw even more strength.

This section will provide detail on a number of barbell curl variations and alternatives that can be used to develop bicep size and strength.

The variations and alternatives listed can be used if you find that progress has stalled with the barbell curl, need to add volume or are simply looking to freshen up your training.

Emphasizing the eccentric phase of the barbell curl is one method of overloading the biceps and cause a large amount of damage to the muscle.

Studies have found eccentric training to be a highly effective method for improving muscular size (2).

For the eccentric barbell curl, complete the concentric phase as normal but lower the bar in a controlled manner back to the hips. This lowering phase should last 3-5 seconds. 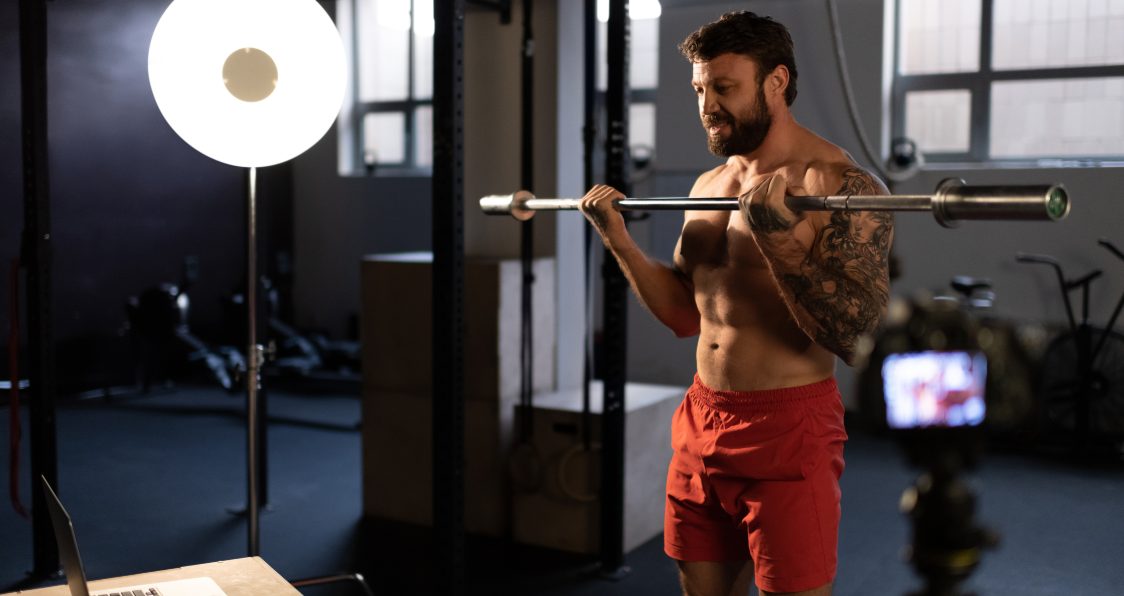 The goal of this method is to maintain time under tension which has been found to be highly important in muscle mass development (3).

A range of tempos can be used in tempo training however, considering that the goal is to increase time under tension, focus on 3-5 seconds per contraction.

The seated variation of the barbell curl removes the bottom portion of the lift and entirely focuses on the upper portion.

Because the range of motion is restricted, it is possible to lift a greater load with the seated barbell curl which can increase the demand placed on the biceps and cause a greater adaptation.

The hammer curl is a well known and renowned exercise for bicep and forearm development. The exercise targets the muscles of the arms from a different angle to help stimulate growth.

The hammer curl is most commonly performed with dumbbells which are curled upward while being held in a neutral position (palms facing inwards).

Although barbells have been found to highly activate the biceps most highly in the curl (4), dumbbells certainly have their benefits, specifically in terms of stability. 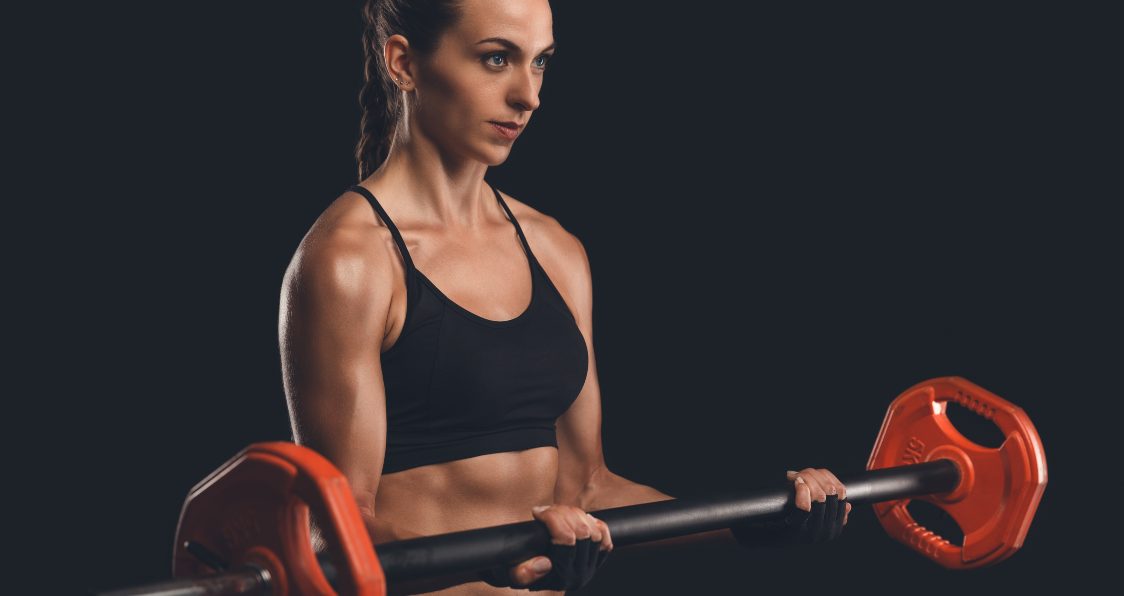 The preacher curl can be performed with a range of different pieces of equipment – barbells, EZ bars, and dumbbells.

Although the chin-up is a compound exercise that works the lats as well as the biceps, it is a highly effective exercise for building strength and size in the arms.

The exercise involves using an underhand grip on a pull-up bar and hanging. From the hanging position, pull hard so that the body rises up to the bar before dropping back down to the starting position.

There is no doubt that the barbell curl is a highly effective developer of the biceps and should be especially be utilized by athletes and lifters who are looking to improve grip strength, arm strength & size and reduce the risk of upper extremity injury.