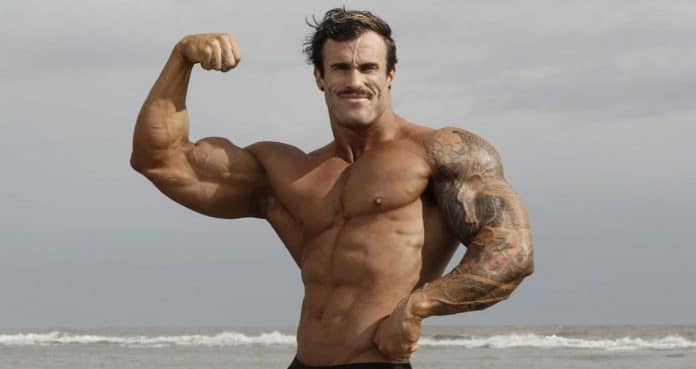 Calum von Moger checked himself into rehab a week ago and his team provided an update on the “long road” ahead.

Calum von Moger has checked himself into a rehab facility to fight against his drug addiction. After one week, von Moger’s team shared a video to his official Instagram page explaining his current situation and outlining his upcoming journey.

On May 6, it was reported that Calum Von Moger jumped through a second story window while under the influence of methamphetamine. He received many injuries, including lacerations from the glass and spinal damage from the fall. He was hospitalized, received spinal surgery, and was in a coma for many days.

During the first week of June, von Moger shared pictures of his wounds from the jump. He is now out of the hospital and has decided to take the necessary steps to get himself back on the right track.

Calum von Moger Currently Has No Timeline in Rehab

Calum von Moger’s representative Popeye shared a video on the bodybuilder’s Instagram account. He began by introducing himself and discussing the current condition of von Moger in this facility.

“How is Calum doing, is Calum okay? Some great news for you guys. Calum is on the road to recovery. It’s been a week now since he checked himself into a facility. I’m very excited about that. It will be a long road. It’s a long process,” Popeye said.

As Calum von Moger continues to battle drug addiction, it is unclear how long he will have to remain in the facility.

“Right now, we don’t know if you guys will hear from him personally. In eight weeks, 12 weeks, six months, a year. the best thing for him is to recover. Is to go through this process.”

The process for Calum von Moger has been long as he earned his Pro Card at the 2020 NPC Universe but has not competed in a show recently. He is a three-time Mr. Universe winner but has not stepped on stage as an IFBB Classic Physique competitor. He has dealt with different injuries and legal troubles over the course of his career.

The entire journey of his recovery and return to competitive bodybuilding was chronicled in the documentary feature film Calum Von Moger: Unbroken.

As the video went on, Popeye explains that he does not feel it is right to be using Calum von Moger’s name for clicks during this time. He needs to be surrounded with positivity and that is not the way to go about it.

“We will continue to be a positive light and regardless of how dark it’s been lately. I’ll tell you, 60 percent of the stuff that’s out there has no base. It’s idiotic. These idiot YouTubers or Instagramers or influencers that think they’re trying to make their name off Cal. It’s heartbreaking to see people act that way, be that way. Try to get some clickbait.”

The video ends with Popeye thanking von Moger’s fans for the messages and faith. There are many that feel inspired by von Moger and the journey that he is currently on.

“He continues to inspire, and he will continue to inspire regardless of what that ends up being. We thank you guys. Again, we’ll have more news for you guys soon. We apologize that it’s taking this long to get a message out to you guys. I’m happy we were able to now.”