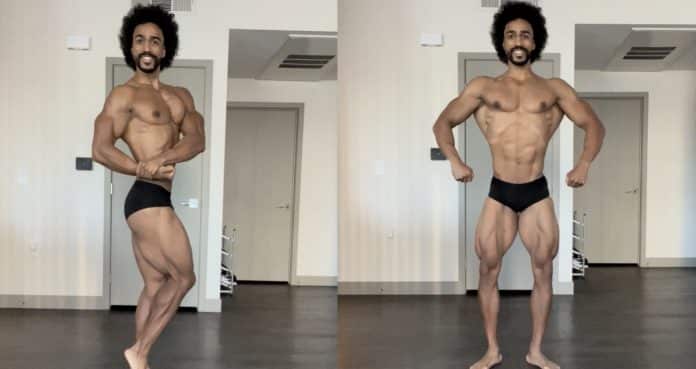 The physique update Derek Joe shared with us below was before the Team USA show, which took place September 24, 2022, in Las Vegas, Nevada. 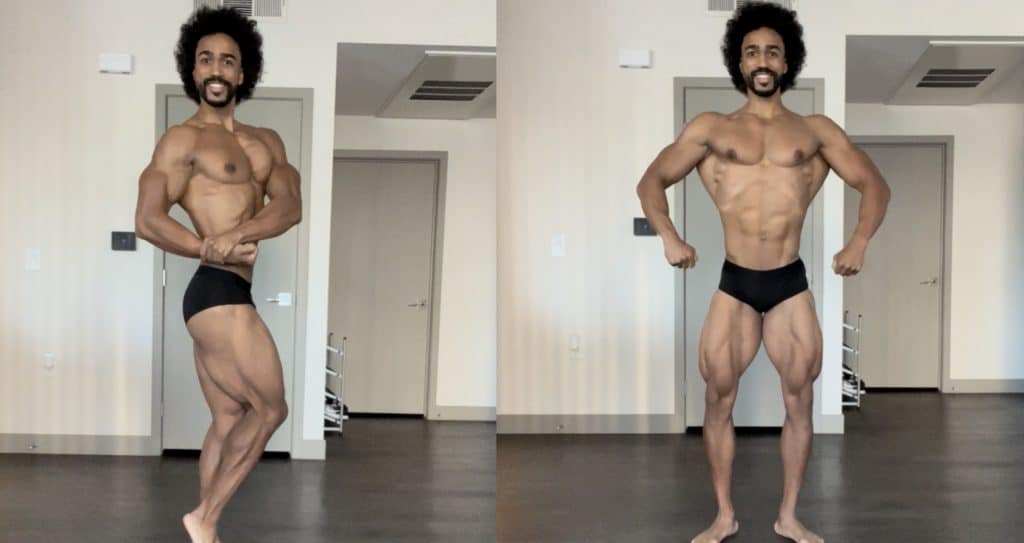 Derek Joe also uploaded an update of his physique on Instagram the morning of Team USA:

Besides the typical cutting and bulking phases bodybuilders train for depending on the time of year, Derek Joe has been focusing heavily on posing. That’s because posing plays a crucial part in the judge’s scoring in the Classic Physique division. It’s clear Joe takes posing seriously, and it’s a vital part of his training in the Classic Physique division. Joe posted an Instagram clip of him practicing posing on Instagram on September 19, 2022. Joe’s post said:

“The last couple weeks I’ve had the opportunity to work with IFBB Pro bodybuilder and Classic Physique competitor Stanimal De Longeaux and get some critique and feedback on my poses leading into Team USA with the INBA/PNBA this coming weekend on 9/24 in Las Vegas. I’m extremely grateful for him taking the time out of his day while he’s also in prep to share his knowledge and help me continue to improve my posing skill. Since we both train at @the_dragons_lair already it’s been that much easier to link up.”

Part of the reason 3x Men’s Physique champion William Long moved to the Classic Physique division after dominating Men’s Physique was because he was intrigued by the art of posing.

How Does the Champ Eat?

Posing and weight training is essential for an elite Classic Physique competitor, and nutrition is critical for all bodybuilders. The correct diet makes bodybuilders’ muscles shine on stage.

Derek Joe says he’s more flexible during the off-season with his nutrition. But generally, his diet is similar both in-season and off-season. His diet consists of lots of protein, veggies, and fruit or a complex carb–he eats more fruit during the offseason. A typical meal for Derek Joe is eight oz. salmon, two cups of rice, and one cup of spinach.