Reflecting on the four biggest takeaways from the Mr. Olympia 2020 weekend.

The Mr. Olympia 2020 weekend has already come and gone. Despite hurdles, scheduling changes, and location changes – the biggest bodybuilding event of the year ultimately went on without a hitch. It was a truly shocking and exciting Olympia weekend with many upsets, emotional goodbyes, and triumphant victories.

We’ve already released the full list of results across all divisions including picture highlights from the event. We’ve also broke down the history and journey of Big Ramy that led to his epic victory in the Mr. Olympia Men’s Open Bodybuilding division.

With a full night’s rest from the excitement and shakeups, it’s time to look back at the biggest takeaways from the event that helped shape the Mr. Olympia 2020 as a weekend to remember.

1. Big Ramy Finally Lived Up To His Promise

For years, fans have clamored over Big Ramy – claiming he would be the next coming of Ronnie Coleman. But with each passing year the hype was unjustified. Big Ramy would appear, often as the biggest bodybuilder on the stage, only to underperform.

This was not the shocking showcase that Ronnie Coleman gave us during his epic eight year reign as Mr. Olympia. Far from it. Big Ramy was often lacking conditioning and his placings would vary wildly from 8th to 2nd from year to year. After a particularly low placing in 2018, the hype seemed to have faded. Would we ever see Big Ramy as Olympia champion?

We now know the answer is a resounding yes. Big Ramy took a break from competing in 2019, changed up his coach and training tactics, and showed up this weekend with a renewed physique. Most importantly, he finally lived up to his promise. His conditioning finally matched his massive size.

The minute he stepped onto the stage for the pre-judging, it was clear we were looking at a frontrunner. For the first time ever, it seemed possible that he could win. This was a wonderful turn of events for Big Ramy himself and his passionate fanbase that supported him over the years.

While some bodybuilding fans thought the hype was unwarranted – patience favored the wise. Big Ramy claims he plans on being Mr. Olympia for a long time. If he can match what he did tonight, that suddenly seems possible. 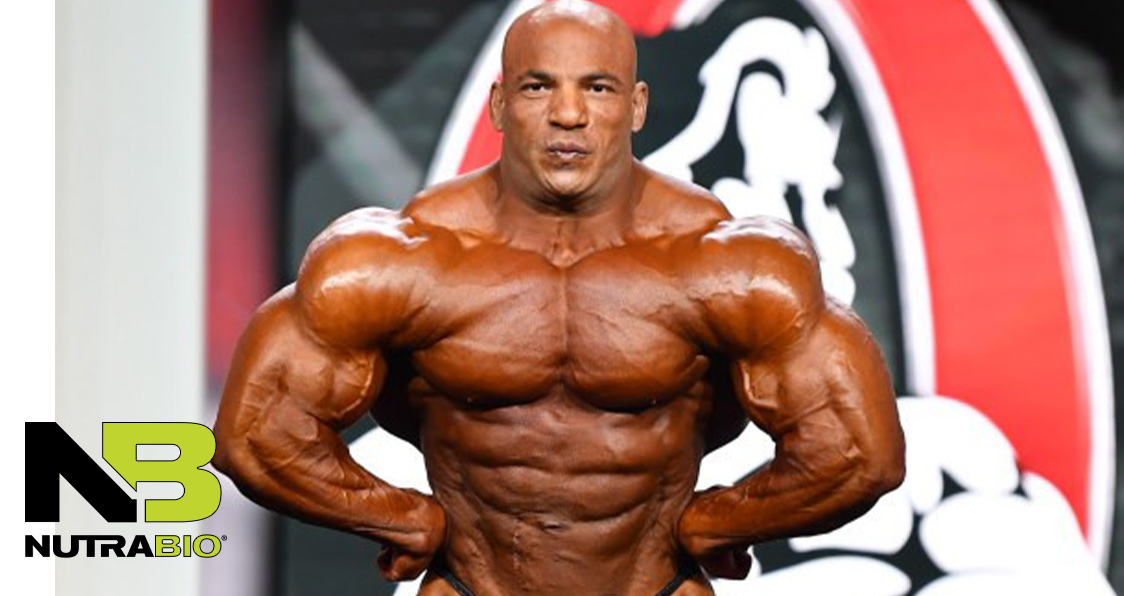 While some major new victories led to upsets and excitement, there was another shocking element on display here. Specifically, former reigning champion suddenly didn’t seem immortal anymore. Not only due to a loss but due to lower placings than expected.

Both Phil Heath and Breon Ansley placed third in their respective divisions at the Olympia 2020 this weekend. The entire talk of the town leading into the Classic Physique was a story of Breon vs Chris Bumstead. Not only did Breon not win, he didn’t even fall right behind his rival. Terrence Ruffin took that honor.

Phil Heath was seen by many as a shoe in for the first place spot at the Mr. Olympia proper. But once the pre-judging started – it was clear this would be a close match. While he looked impressive, he was not the impenetrable athlete of years past. Still, many thought he would duke it out against Big Ramy for first place. Instead, he fell to third with Brandon Curry getting the second place spot over him.

3. Brandon Curry Proved Himself, Despite The Loss

Brandon Curry did exactly what he has been doing for the past few years, slow and stead improvements. A competitor who once considered quitting after placing 16th at the Arnold Classic in 2015 – he has since shown constant growth that has impressed fans and judges alike.

That growth gave Brandon Curry a big win at the Mr. Olympia 2019. After the victory, he was criticized for his conditioning. Not only that, some fans thought he had only won because of the lack of athletes on stage that year. Both Phil Heath and Big Ramy were not present during the Mr. Olympia 2019.

While Brandon Curry did not win this year’s Mr. Olympia, he showed further improvement. Moreover, he beat Phil Heath. It was assumed by some critical fans that Curry could not have won against Phil in 2019. Based on what we saw this weekend, it’s seems those doubters were proven wrong.

Brandon Curry might not be the 2020 Mr. Olympia champion – but he showcased one of the best physiques of the night. His constant improvements, consistency, and grace on the stage make him for a superstar athlete. The criticisms should end here. 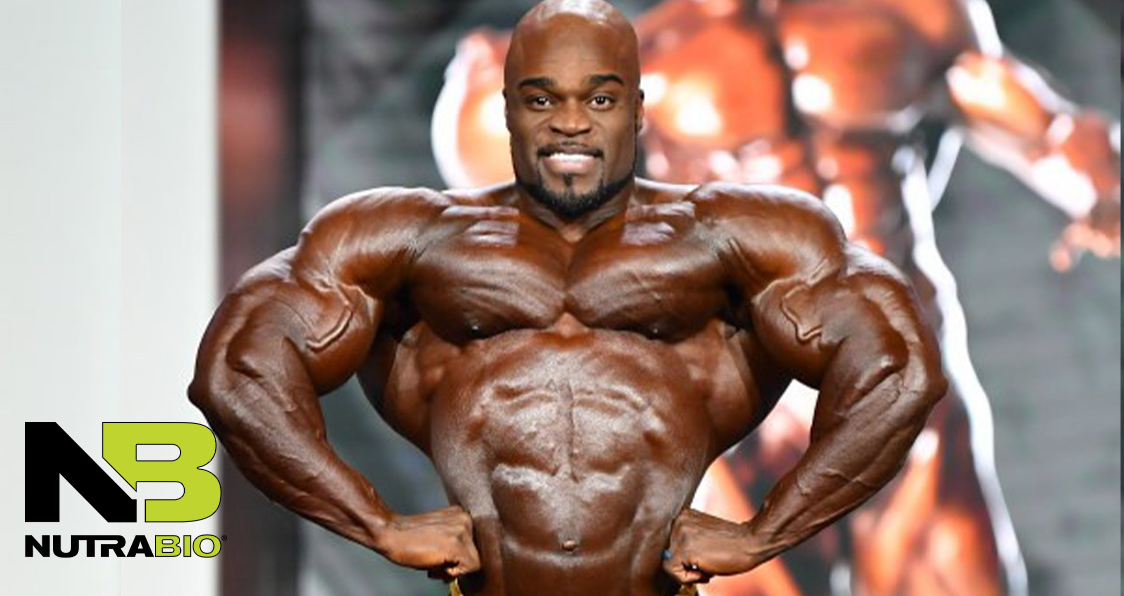 That being said, there were still a lot of pro bodybuilders missing from this year’s Mr. Olympia. Much like last year, we didn’t get the full variety of athletes that were promised. It’s one thing for an athlete to disappoint due to not qualifying – but when a random act of nature stops an athlete from competing, it can be surely frustrating.

Major dropouts from high profile pro bodybuilders changed the entire landscape of the Mr. Olympia 2020 weekend. Roelly Winklaar, who dropped out one week before the contest due to contracting COVID-19, was probably the only other Men’s Open competitor that could have matched Big Ramy’s size. Depending on Winklaar’s conditioning, he could have potentially been a threat and possible victor of the entire show.

In the Ms. Olympia competition, Iris Kyle mysteriously disappeared from the pre-judging despite being on the competitor list. It turns out that she had fallen ill – though no specific virus was named. Iris is a 9x Ms. Olympia champion. She could have certainly made it number 10 this weekend. Instead, the battle was left to bodybuilders Margie Martin, Andrea Shaw, and Helle Trevino. Shaw ultimately won.

This is just two major examples – but a large number of pro bodybuilders were not able to attend due to either illness or injury. Flex Lewis was meant to make his Men’s Open debut but dropped out due to injury. Cedric McMillan also had to drop out due to injury as well.

The Mr. Olympia 2020 was certainly an exciting competition for the history books. But for some fans, there will always be some lingering doubt. A “what if?” scenario that will hang over the entire proceeding when looking back.

Ultimately, this is simply the nature of sport events. Nothing can be completely planned, surprises happen, and shakeups occur. In some ways, it’s what makes sports in general so exciting.

The Mr. Olympia 2020 was not a dud. It could have been due to the raging pandemic – but the sport of bodybuilding persevered. We have some new champions, some old ones, and a weekend full of memories that will stay strong throughout the years. 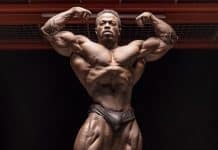 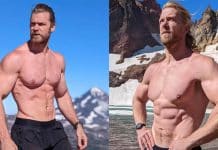 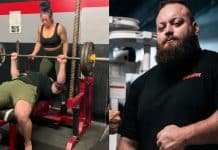