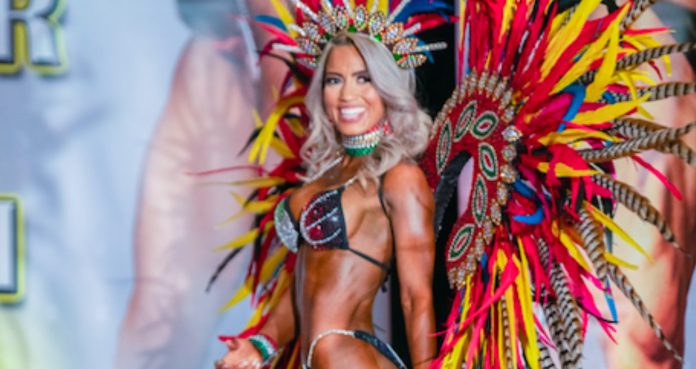 “Congratulations @arelyayala.hc of @inba_mexico The 1st International Athlete to sign a Multi-Media Contract with the

INBA PNBA Elite Natural Athletes will be recognized globally on authoritative platforms and as ICONS of the Natural Bodybuilding Industry.

“Hi everyone, today is a very special day that I want to share with you. I have been selected to sign a multi-media contract with PNBA, Generation Iron, and Iron Man Magazine.

This is a great opportunity for me and all the international athletes. I want to thank all the Kukos family – Denny, Denise, Dianne – and Mexico for trusting in me from the beginning.

Below is an Instagram (IG) clip of INBA PNBA’s complete statement and Arely Ayala signing the contract.

Signing a contract with these three companies comes with its benefits. You’ll have to be an INBA PNBA athlete in good standing with the league to be eligible for signing. Each natural athlete should be seeking professional growth and abide by the World Anti-Doping Agency (WADA) guidelines. Competitors bound in the contract can expect to receive more spotlight. They’ll get promotions, brand building (digital media write-ups, social media posts, photoshoots), special guest appearances, posing, and seminar sessions. Also, athletes will receive Iron Man Magazine nutrition ads and endorsements.

According to the INBA PNBA, the contract is:

According to Quiubo Fitness, Arely Ayala started competing in bodybuilding in 2018 at Mr. Sonora, where she won the rookie fitness bikini championship. She collected her pro card in 2019 at the international event in California.

Arely Ayala competes in the Bikini Angels and Bikini Divas divisions. Although these divisions sound similar, they have some distinct differences. Bikini Divas scoring focuses more on definition (visible athletic abs, slightly visible glute-hamstring tie-in). However, contenders in the Bikini Angels category aren’t judged entirely on their body –  personality and confidence are essential factors in the judging process.

When Arely Ayala isn’t competing, she’s a health coach. You can check out her IG here, where she shares ample health and fitness content with her audience.

Generation Iron congratulates Arely Ayala for signing her multi-media contract! We wish you good luck in the upcoming 2022 season!