Bodybuilding is all about transformation. If you aren’t pushing your body to transform then what’s the point of lifting all that weight. Bodybuilding is also about patience and trusting the process. Without the ability to be patient it’ll be near impossible to see the kind of results you desire. Calum von Moger knows a thing or two about transforming his physique as well as being patient.

There was a time where things seemed grim for Calum von Moger. A series of injuries would sideline him for quite some time. But like any other top athlete with an indomitable will, Calum battled back and has made some impressive progress since recovering.

One day you just stop caring what others think and do what you have to do. That’s when you become unstoppable.

Calum von Moger is no doubt a very influential figure in the bodybuilding and fitness game. His mix of genuine passion for competition as well as his desire to motivate and inspire people has made him a household name. The Australian bodybuilder and actor had his comeback movie ‘Unbroken’ open as the No 1 sports film in the US across Apple iTunes and has since become one of the most popular fitness stars on Instagram and YouTube. Early on Calum von Moger won the WFF Mr. Universe title in 2015 and won his debut NPC contest in 2016. He later signed with Edwin Mejia Jr. at Generation Iron for management. Von Moger later suffered a biceps tear in December of 2017 while performing a 405-pound tandem barbell curl with Chris Bumstead. Soon after, he suffered a quadriceps tendon tear as he prepared to climb down a cliff in Melbourne, Australia.

Calum battled back from his injuries, finally making his return to the bodybuilding stage winning the NPC Universe in 2020. Calum von Moger has remained consistent and continues to improve. He also continues to inspire his followers looking for that extra push in the gym.

Falling back doesn’t mean giving up, but to let things go and observe the circumstances to the core. The art of letting go off things is very tough, but once achieved, it can give us mental peace.

2021 has been a good year for Calum von Moger so far. Not only has he improved upon his already impressive physique, Calum is making some well executed business moves as well. The Australian bodybuilder has a pop up shop coming to Venice where he will be showcasing his latest products for Staunch Nation and Von Moger Apparel. 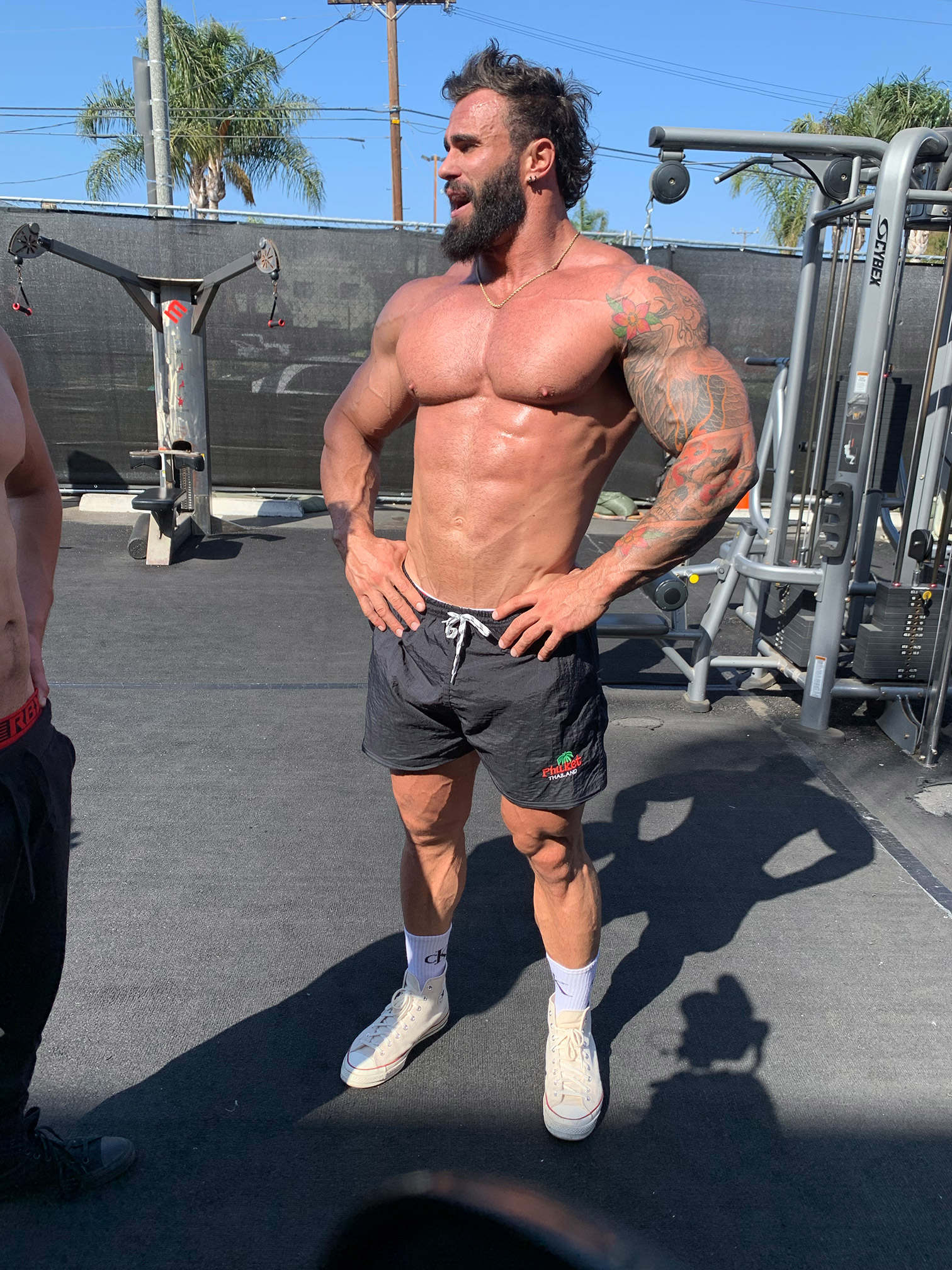 Fans of Calum von Moger surely won’t want to miss an opportunity to see him in person. After the harrowing past year and a half, it’s no doubt an exciting opportunity for the fans to meet a true inspiration like Calum. Calum von Moger’s management also confirms the bodybuilder has plans to tour Mexico soon for his fans in Central America.

If Calum von Moger continues on this trajectory, there’s really no telling how far he could go.