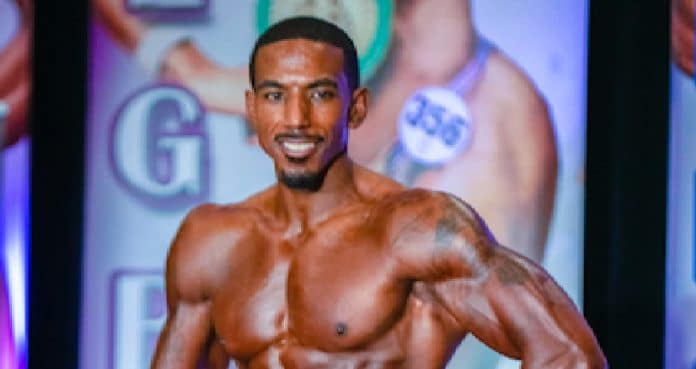 The deadlift is considered the king of all exercises. It’s one of the big three compounds movements – bench press, squat, and deadlift -, and it’s a good indicator of your overall strength. Furthermore, it’s also the movement that allows you to use the most weight. Well, one rising INBA PNBA natural bodybuilding star, Marc Cheatham, plans to hit a new personal record on this behemoth lift.

Moreover, he recently signed a multi-media deal with Generation Iron, INBA PNBA, and Iron Man Magazine. Crazy enough, Cheatham claims he was in the worst shape of his life six months prior.

He made it clear on Instagram (IG) how much weight he’d like to throw around on deadlift. He said:

Below, you’ll find him repping out four plates on each side on deadlift.

If you’ve performed the deadlift before, you know this would be an incredible feat!

Prepared for the 2022 INBA PNBA Season

Aside from winning, Cheatham acknowledges that looking good naked is another motivating factor for him to workout. Marc Cheatham plans to start competing again this summer. As an athlete, he believes balancing training for performance and aesthetics is the key to a well-rounded physique.

The Road to Natural Olympia

The road to Natural Olympia is no easy path. If you’re a pro, there are specific competitions you’ll need to compete in before you qualify. For example, suppose you’re on the West Coast. In that case, you have the option to compete in International Battle Against Cancer, International Battle Iron Man Magazine, Pro Wolfpack/Cougar Classic, Zeus Classic International, Team USA, or World Cup. In addition, professional INBA PNBA athletes from the Midwest and East Coast have their bracket of competitions.

If you’re a reining gold medal winner or Hall of Fame Inductee, you’re exempt from qualifying competitions. Also, amateurs can compete at Natual Olympia and have their criteria to qualify. Winning overall in an amateur competition will earn an INBA PNBA athlete their pro card.