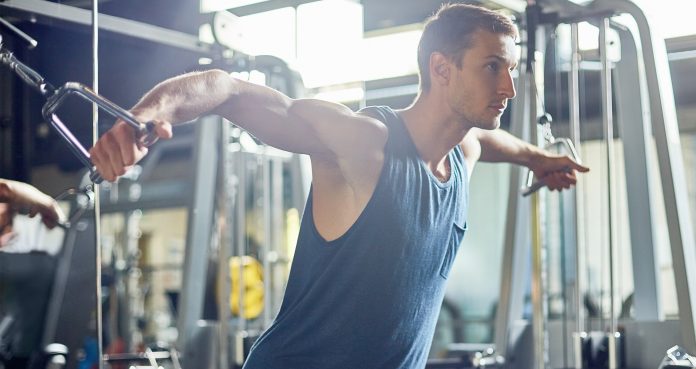 The face pull is one of the most effective resistance exercises for developing the muscles of the upper back and shoulders.

One of the biggest benefits associated with this exercise is that it specifically targets the rear deltoids which are so often neglected during strength training.

Developing strength in the posterior delts will not only build general shoulder strength but it can also help to rectify postural issues and prevent muscular imbalances from forming (1). 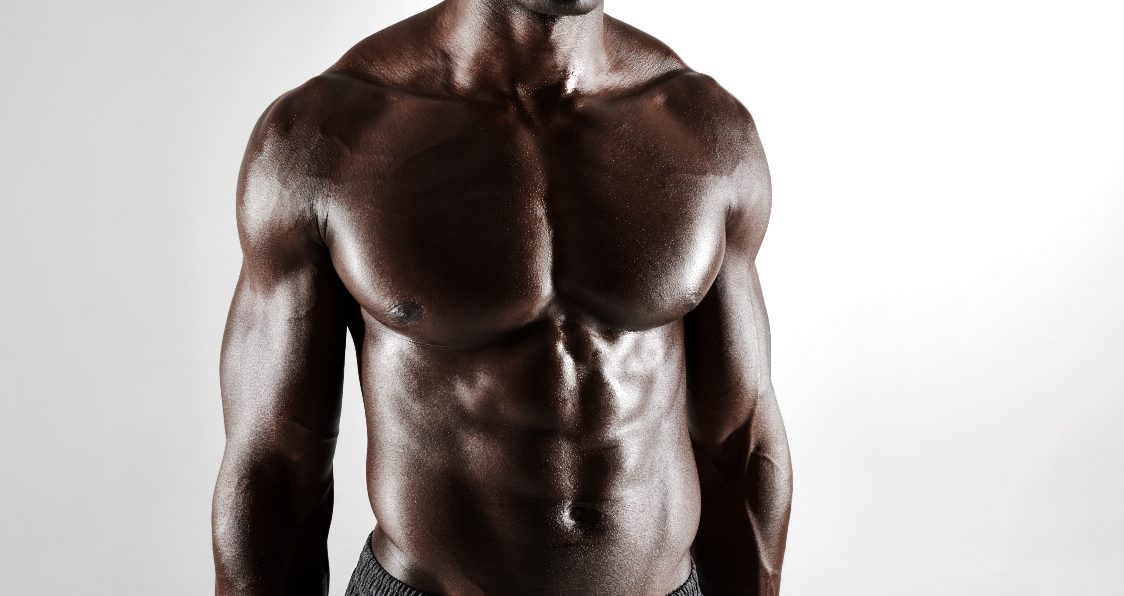 The cable face pull primarily works the shoulder muscles – the deltoids. More specifically, the movement places great stress on the posterior portion of the delt.

As well as the deltoids, the face pull works the rhomboids, trapezius and rotator cuff muscles.

Although the face pull is considered an intermediate level of difficulty, the movements involved are fairly straightforward.

If you suffer from shoulder or back problems, speak to your doctor or physical therapist first and always follow their recommendations closely. Additionally, if you ever experience pain during the face pull, stop immediately.

For an effective cable face pull, follow the subsequent 4 steps.

Start by adjusting the cable machine so that the pulley is situated slightly above your head. Attach a rope to the pulley and with both hands, hold the rope at either end ensuring that the palms face each other.

While holding onto the rope, take a few steps backwards until the arms are fully extended. From this position, lean back slightly (no further than 20°) and contract all your trunk muscles.

Before pulling, ensure that there is some tension the cable by pulling a little so that the weight comes away from the weight stack.

Pull powerfully in towards the forehead letting the elbows flare out to the sides to maximize the action of the rear delts.

As best as possible prevent the elbows from dropping and look to maintain a neutral grip on the rope throughout.

Once you have pulled the weight in to the face, keep the core engaged and in a highly controlled fashion, reverse the movement by slowly extending at the elbows.

Face pulls are best programmed into training as an accessory exercise and are specifically recommended at the end of a back workout – 2 sets of 20 reps each will suffice.

Be aware that it is unlikely that you will need a heavy weight to effectively work the shoulder. Use lighter weights and concentrate on keeping the movements smooth and controlled. 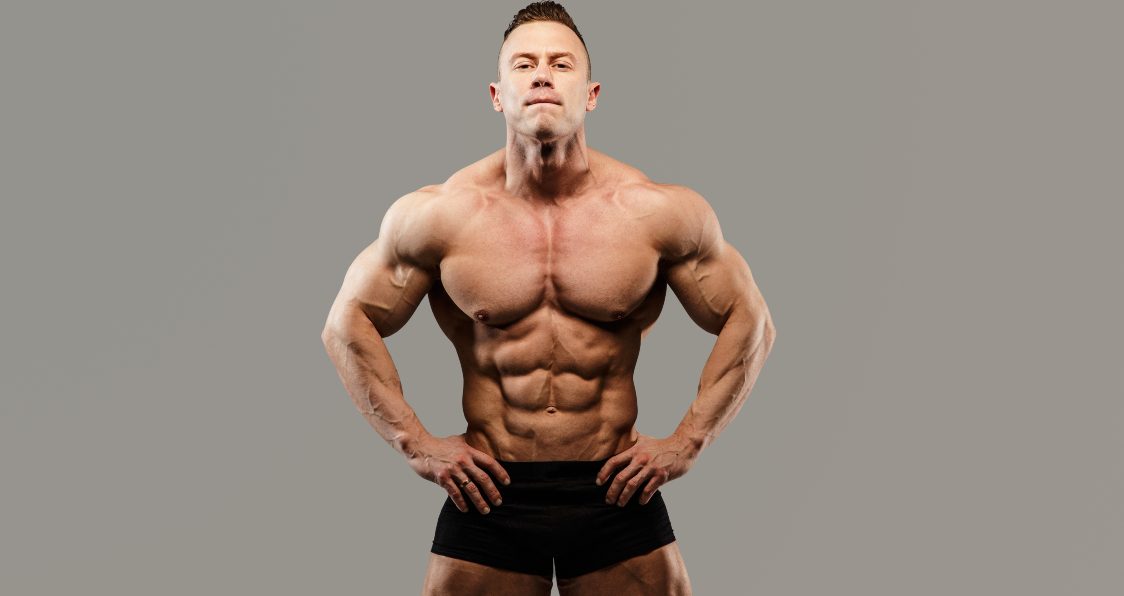 Benefits Associated with the Face Pull

In terms of upper back and shoulder strength development, the face pull is an excellent choice. Not only will strength substantially increase, the exercise also promotes posture.

Many individuals suffer from rounded shoulders which is where the shoulders are significantly pulled forward; focusing too heavily on chest and front deltoid development can cause this.

The face pull will strengthen the rear delts and consequently prevent the shoulders from moving forward.

Having strong shoulders is pivotally important for assisting in a wide range of day-to-day activities and for athletic movements- any actions that involve pressing, pulling, and arm rotations.

For the athlete or lifter, building strength and size in the shoulders will facilitate an improved performance for a range of exercises – such as overhead press and bench press.

The deltoids are responsible for driving and controlling all overhead movement. For example, they must contract to allow you to reach high shelves, take a basketball shot or placing a child on your shoulders.

Typically, the deltoids are divided into 3 distinct sections – the anterior (front), middle and posterior (rear) deltoid (2) – with each section playing its own role in causing shoulder movement.

Because the deltoids have these 3 sections, it is vital that you use a range of resistance exercises to hit the delts from different angles and facilitate comprehensive gains.

A combination of exercises such as shoulder presses, lateral raises, front raises, rear delt flyes and face pulls will lead to effective development the shoulder muscles.

However, more often than not, too much emphasis is placed on the anterior and middle deltoid. As a result, these sections develop well but the posterior delt is neglected.

The reason for this is that the majority of pushing and pressing exercises primarily require effort from the front and middle delt.

Considering all of these points, the importance of performing posterior delt focused exercises, such as the face pull, should be clear. 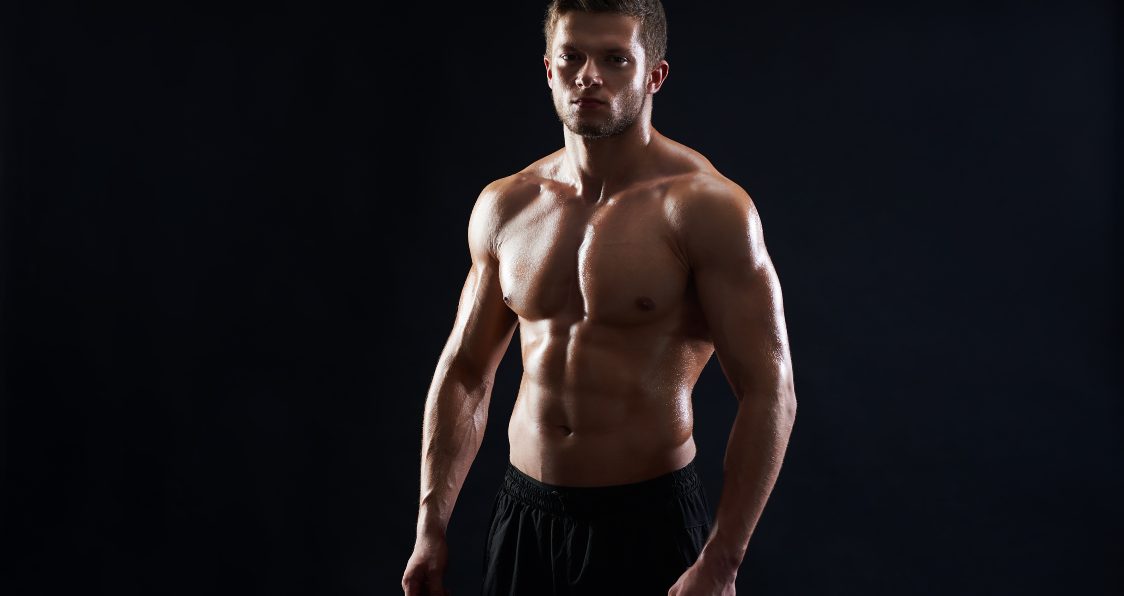 There are 2 errors which are most commonly seen with the face pull exercise and they are often connected to each other.

It’s important to remember that the purpose of this exercise is to work the rear delts, therefore, if you fail to feel these muscles working, assess your form.

Ideally, you should feel fatigue building in the backs of the shoulder and into the upper back between the shoulder blades.

If you are feeling it more in the biceps and back, it is likely that you are either pulling too low and letting the elbows point down rather than out or are failing to maintain a neutral grip.

If you are pulling and the arms are not at right angles to the body, you will be performing a pull down rather than a face pull.

The second common error is to use a weight that is simply too heavy. The deltoids are a relatively small muscle and therefore do not have the capacity to pull extremely heavy loads.

If lifting too heavy, it is likely that a number of muscles outwith the rear delts will contract to assist the movement. This will only lessen the stress placed on the rear delts.

Furthermore, attempting to lift an excessively heavy load will likely cause form to deviate significantly or utilize momentum rather than muscular contraction alone.

If form begins to break down, a combination of heavy weight and improper movement may contribute towards injury.

Consider reducing the load if you find that you are using momentum during the pull, are failing to control the weight on the way back down or find that the body is constantly being pulled forward. 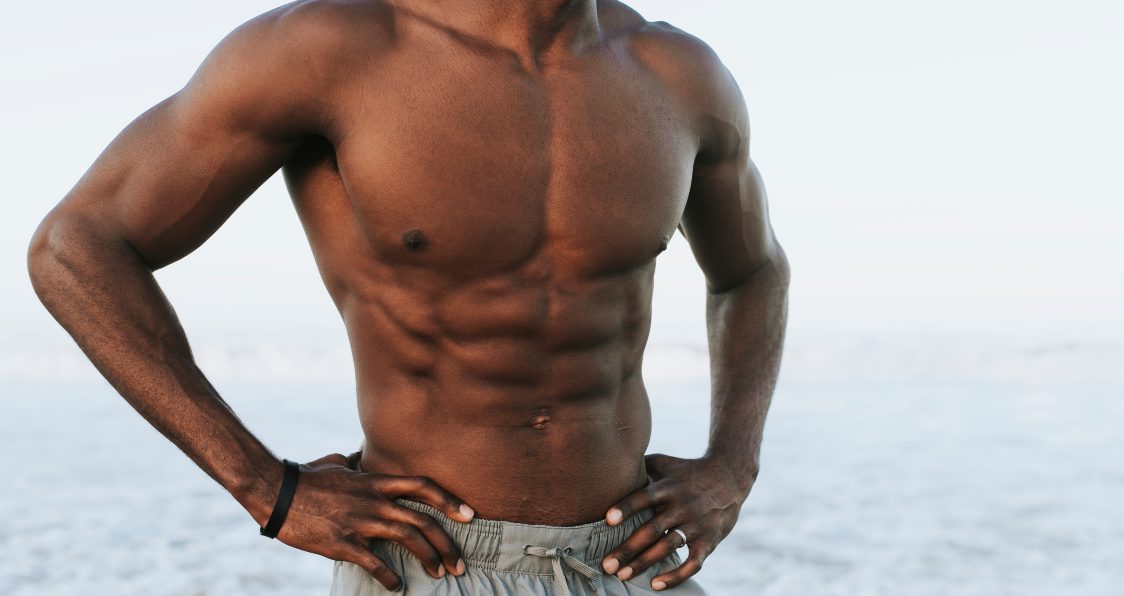 Depending on your level of experience and training goals, it may be necessary to modify the face pull.

If you have limited equipment or have never performed the cable face pull previously, it may be useful to start with a resistance band face pull.

Simply attach the resistance band to a high resistance point (something like a pull-up bar, for example) and complete exactly the same face pull movement as you would with the cable.

Be aware that if you are already highly conditioned or have trained the posterior delts previously, resistance bands may not provide a big enough challenge for you.

If you have access to neither resistance bands or a cable machine, focus on using an array of dumbbell exercises to work the rear delts.

Although not a like-for-like replacement for the face pull, exercises like the banded and dumbbell rear delt fly are highly effective for rear delt development (4).

Changing the grip to underhand can present a new proposition and increase the challenge of the exercise. As a result, when using this progression, ensure you stick with lighter weights and promote control.

If it is your goal to build muscle size, consider completing this modified face pull in a seated position.

Being seated will keep the trunk more stable, negate lower body involvement and increase the demand on the upper back and shoulders.

Considering the benefits of strengthening the posterior delts, the majority of individuals will profit from programming in rear delt specific exercises into their training.