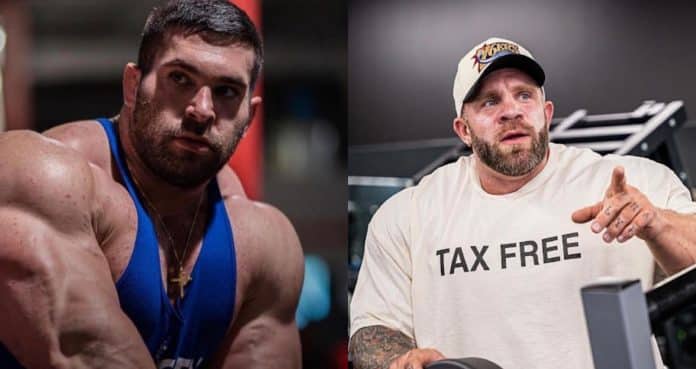 Iain Valliere shared his thoughts on Derek Lunsford receiving a special invitation to the 2022 Olympia.

Derek Lunsford officially received a special invitation to compete in Men’s Open at the 2022 Olympia. Naturally, this decision was going to ruffle some feathers from those who disagree with the decision. Iain Valliere decided to share his opinion and criticize the process claiming that Lunsford could have competed in a show.

On Instagram, Bi’s and Tri’s shared the news of Lunsford receiving an invitation. Valliere appeared in the comments section of the post sharing his thoughts on the decision.

“My main issue with it here is absolutely no effort was made to qualify and go through the proper channels like everyone else competing there, and there is still plenty of shows, so there is really no excuse not to. He was in good shape all the way back in Pittsburgh for the guest posing, he easily could have done a show and qualified, but instead he used the extra time to be better for the O and rely on an invite. Just not a kosher move imo.” 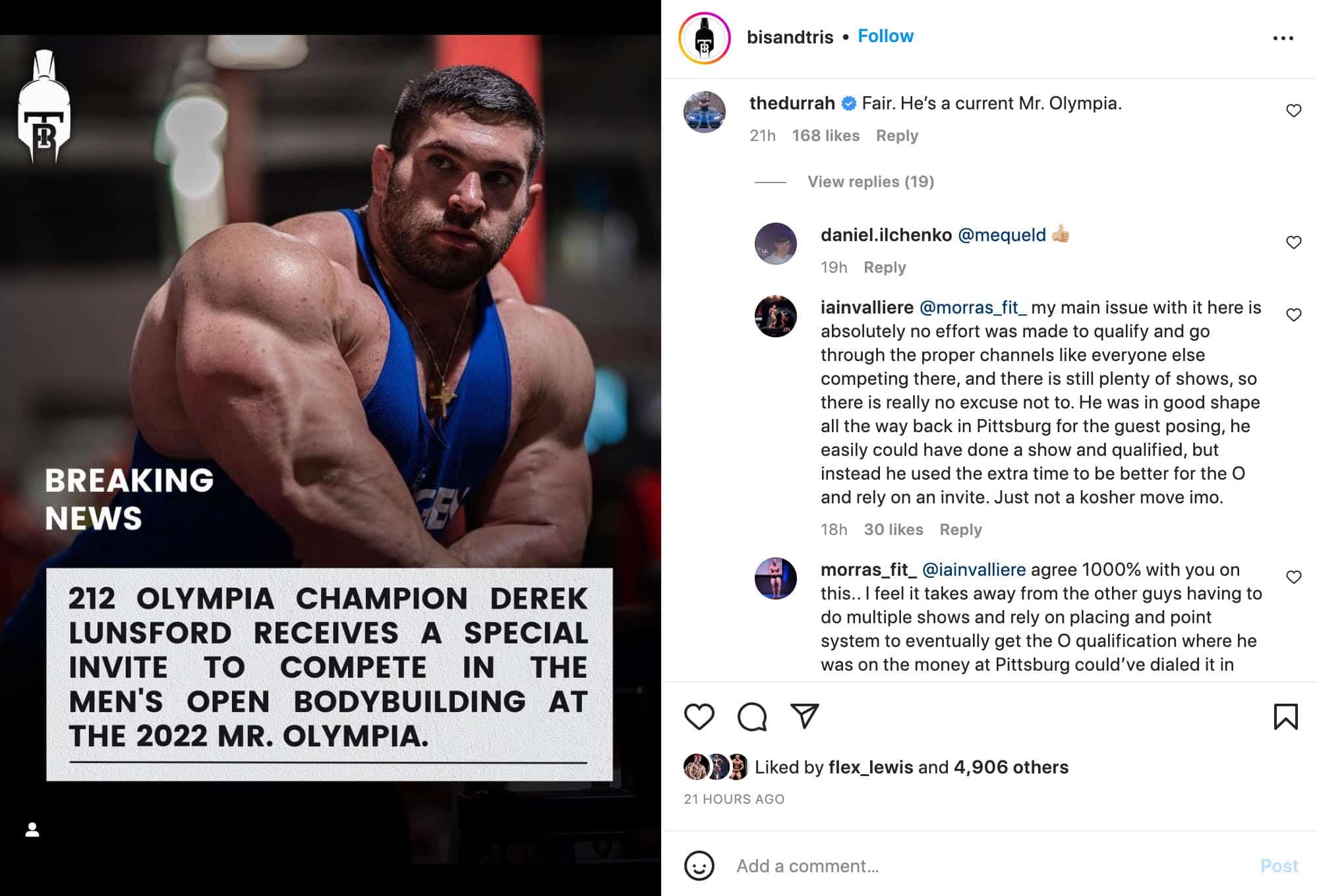 Derek Lunsford and the 2022 Olympia

Derek Lunsford appeared as a guest poser during the 2022 Pittsburgh Pro. This is when he got the initial chance to show off the size that he put on next to other mass monsters in Men’s Open. The event in Pittsburgh took place during the first week of May so Iain Valliere believes Lunsford should have entered a show over the summer to qualify for the Olympia.

Valliere was victorious at the 2021 Texas Pro and Tampa Pro in back-to-back weeks to qualify for the Olympia. This year, he won the Vancouver Pro and will now appear at the biggest show once again. As for Lunsford, he is the reigning 212 Olympia champion and will now have a chance to compete in the biggest division.

There were many who believed that Derek Lunsford would miss the Olympia if he did not receive this invite. The size that he put on would be difficult to lose to get back down to 212. At the same time, he was not qualified for Men’s Open.

Nonetheless, we will see what Derek Lunsford has to offer in Men’s Open come December. Do you believe that Iain Valliere is right to criticize the decision? This will be an added storyline heading into the event.