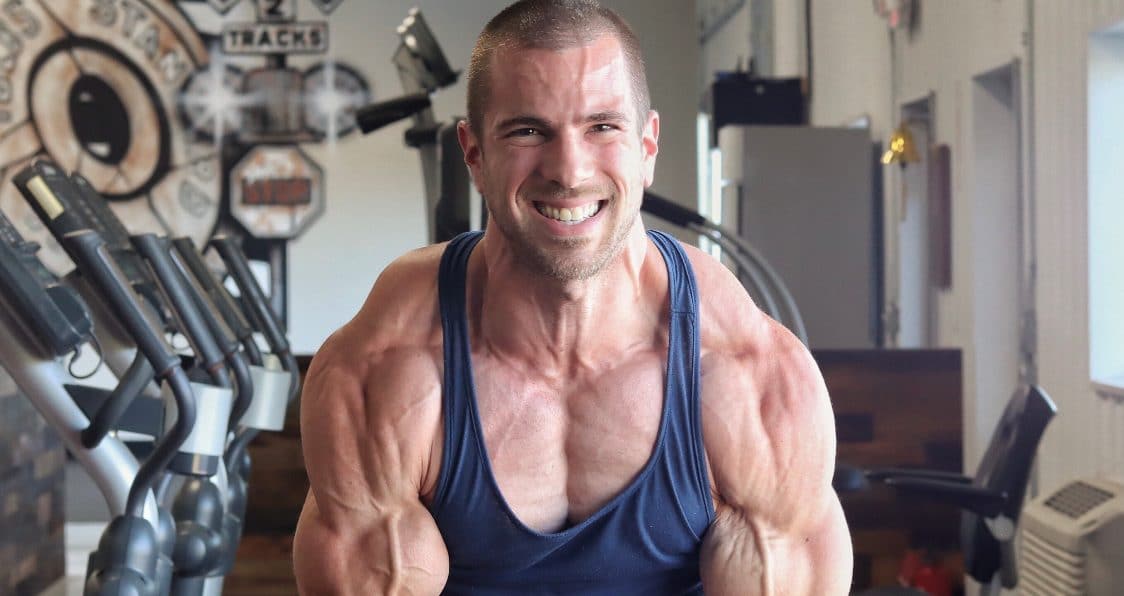 Get to know Brandon Wadas as he prepares for the upcoming Mr. America competition.

Brandon Wadas is from Merrillville, Indiana, located in northwest Indiana near Chicago. As a child, he played baseball from the ages of 4-18. A fairly athletic child, he was never huge, but instead relatively lean. He began lifting at age 13 to build strength and size for baseball, and up until 18-years old, Brandon was set on a baseball career.

But once that career ended at 18, Brandon switched gears to bodybuilding. This journey started when his dad came across an ad in the local paper. It was advertising a bodybuilding show at a local high school. Knowing his son enjoyed working out, and knowing his dedication with whatever he did, Brandon’s father pushed him to give it a try and check it out. Brandon, truly competitive by nature, wasn’t about to show up and not fully embrace the challenge. He crash dieted for three weeks and made his appearance at the local show. The rest is history.

Brandon is an extremely competitive person in everything he does. Whether it be a friendly baseball game, pick-up basketball, or ping pong with friends, he always wants to win. That drive has taken him a long way and he throws everything he can into it to come out on top. 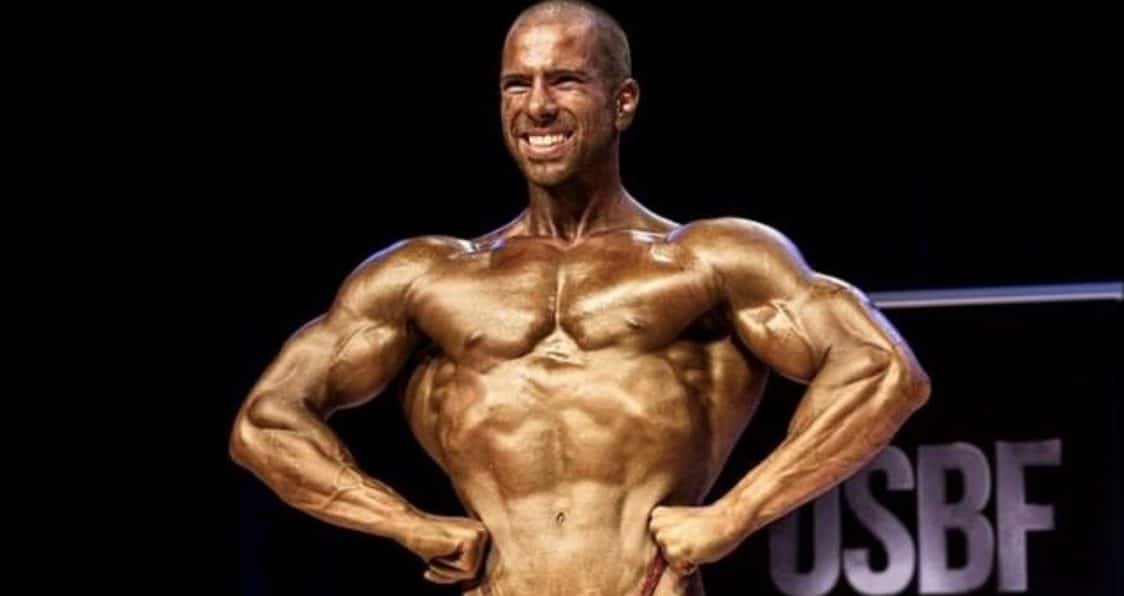 When it comes to training, Brandon has always based it on progressive overload, which is adding more weight or reps over time. But an unfortunate bicep tear recently has changed the course of his exercises, as well as his intensity in order to work around his injury. For right now, his exercises are mostly cable related which allows him special isolation to take pressure off the torn bicep. The benefit is that he can still train shoulders, chest, and back.

With this injury, his general intensity has gone down to give him time to heal, so he did implement some cardio in between his first few shows to get his conditioning on point. For Brandon, cardio is a fat loss tool with his main focus being strength training. For the level he is at, he trains 6 days a week with one rest day, training each muscle group twice per week. 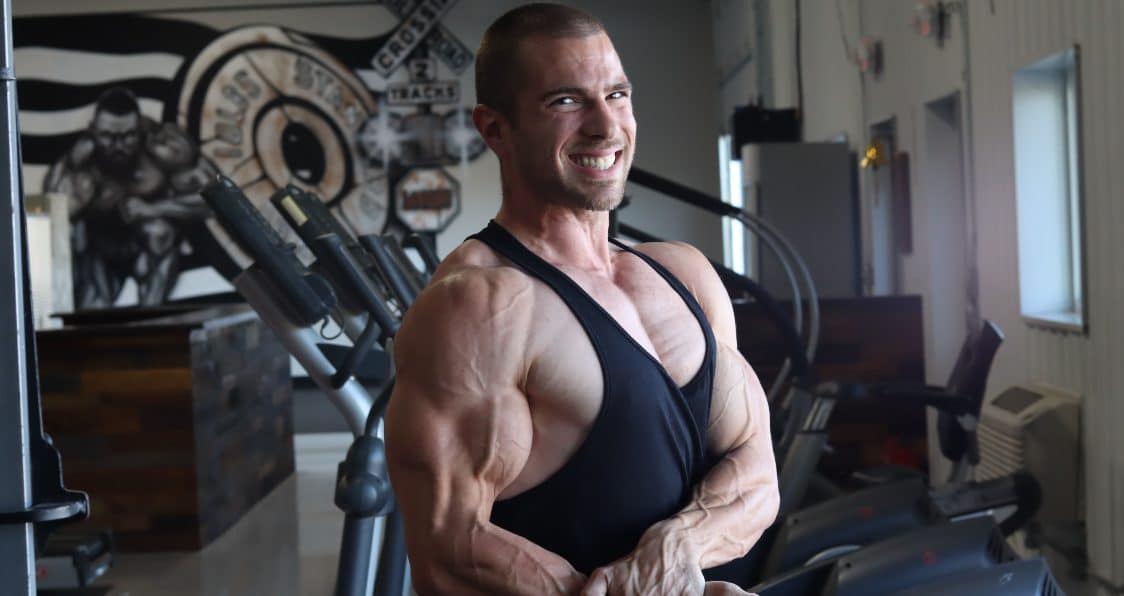 Blessed with a fairly high metabolism, Brandon’s diet is a bit different compared to other bodybuilders since he can get away with certain foods others cannot. For Brandon, fueling his body properly works to maximize performance and recovery and depriving yourself of those vital nutrients can lead to muscle loss which you just don’t want. Believe it or not, for his pre-workout meal Brandon enjoys a BBQ chicken sandwich, pretzels, and 3 cookies. While this isn’t every meal, it gives him the carbs he needs to fuel his workouts.

Over the years, Brandon’s regimen has changed and increased slowly. Starting out, he didn’t take anything, but now that he has been bodybuilding for a decade, he uses Core Nutritionals for all his supplements to really power his health and performance. During contest prep, Brandon uses a multivitamin, joint support, pre-workout, BCAAs, natural testosterone booster, DGA’s, protein powder, HMB, and the occasional fat burner and sleep aid if he feels it necessary. Being a drug tested athlete, everything is up to WADA standards and along with a good diet and training routine, Brandon sees the results he wants most. 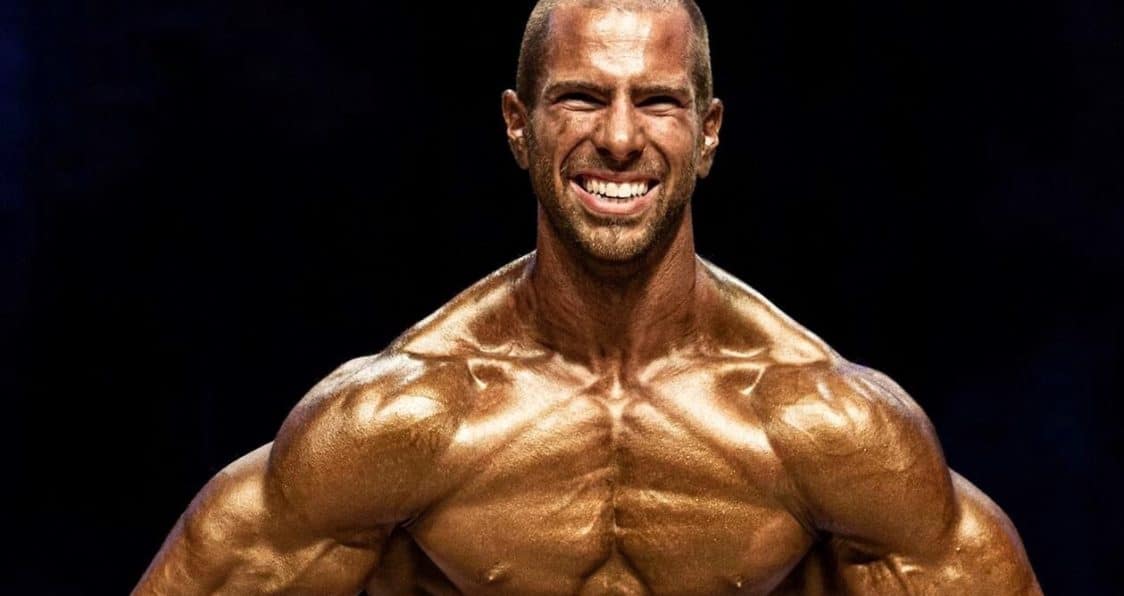 Brandon has been preparing for this event since February of this year and is ready to take Mr. America head on. In the days leading up to the contest, he will start to focus on recovery due to the hard months of training. Unlike some, he will increase his food intake and decrease cardio to really give a more full look on stage. The last few days of prep will see plenty of carbs, lots of water, and the assurance that his sodium levels are higher.

Being the competitive athlete that he is, Brandon wants to win. But more importantly, he wants to be an example for other natural bodybuilders out there, setting the right example that you don’t need harmful substances to accomplish your goals. Brandon takes inspiration from Phillip Ricardo Jr. and Doug Miller and hopes to be same for younger aspiring natural bodybuilders.

With Mr. America being a drug tested competition, and one with a long and storied history, Brandon knew he had to compete. As the event approaches, there is of course a certain level of nervousness but having 10 years of experience under his belt, he is more than ready to take this contest on. The nerves for Brandon are good because it stops any complacency from setting in and really makes him focus on giving it his all. While this is Brandon’s first Mr. America competition, it will definitely not be his last.

Placing 1st and 2nd in his most recent competitions, Brandon enters Mr. America looking for another win to round out his year. Despite his desire to compete in a few more shows after Mr. America, he will undergo surgery the week after Mr. America to handle any issues related to his bicep tear.

When he is not bodybuilding, Brandon loves spending time with his family. Helping his wife with her business and shooting YouTube videos keeps him involved professionally, but outside of that, he loves being around them and having fun. He is expecting another child with his wife and will be doing a live gender reveal at Mr. America! So congratulations are in order after what will be an amazing event for Brandon Wadas.