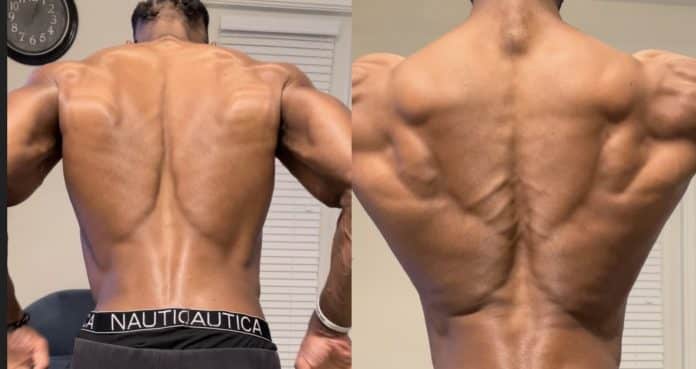 PNBA Danairo Moore shares a physique update of his back 6 weeks out from Natural Olympia.

Your back is an essential muscle in bodybuilding. So Professional Natural Bodybuilding Association (PNBA) athlete Danairo Moore has been training his back hard, with Natural Olympia being about six weeks away. Danairo Moore competes in the Men’s Physique division and has a multi-media contract with Generation Iron, Iron Man Magazine, and the INBA PNBA.

Recently, Danairo Moore injured his back from a deadlifting injury. But after getting in touch with Moore, he informed us that he’s feeling better and has been prepping for Natural Olympia. In addition, he shared a physique update of his back: 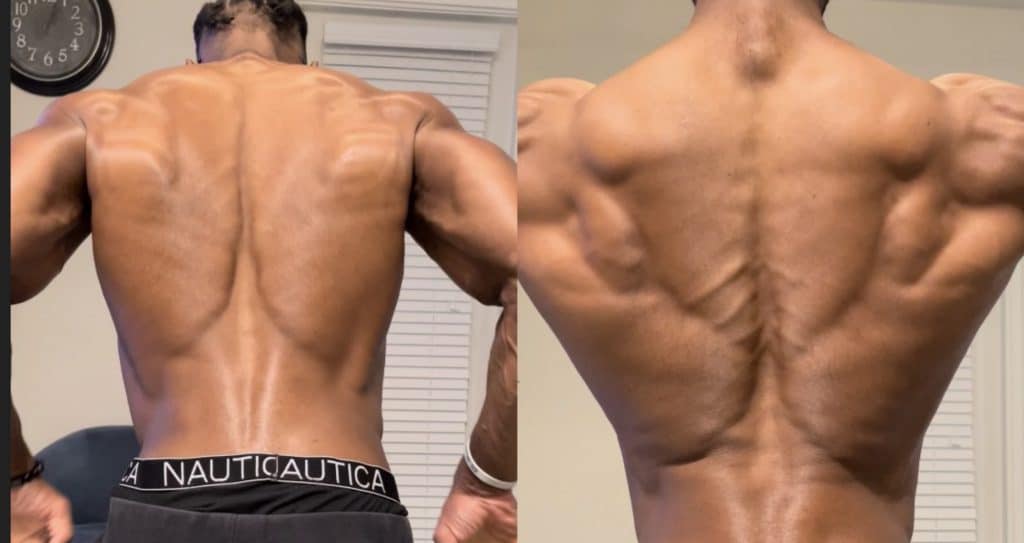 Danairo Moore trains his back fiercely. He says he does 400-600 pull-ups per week. Below is a video of Moore performing pull-ups.

It’s no surprise that Moore has been able to build the back he has. He says his favorite exercises are pull-ups, front squats, and deadlifts. And pull-ups and deadlifts heavily target your back muscles.

For nutrition, Moore combines intermittent fasting with low-carb cycling, known as the anabolic diet. Many people have been able to shred a lot of fat by combining these two dieting strategies. Fasting makes it easier to eat fewer calories, and carb-cycling makes your body burn fat as fuel.

In 2019, Moore placed in the top 10 at Natural Olympia. Danairo Moore believes his rigorous training and nutrition will earn him a strong placing at 2022 Natural Olympia–in the top five or even top two.

Natural Olympia and the INBA PNBA

The INBA PNBA believes in fair and safe competition. Therefore, they only drug screen their athletes through the most rigorous drug testing standards, the World Anti-Doping Agency (WADA).

Many natural bodybuilding legends have competed here and walked away champions in the Men’s Bodybuilding division, including:

Paul Krueger is the reigning champion.

With Natural Olympia closing in, competitors have ramped up their training and nutrition to prepare their physiques for the top-notch competition. Past champions Kiyoshi Moody and Meshack Ochieng will compete at the 2022 Natural Olympia. Philip Ricardo Jr. said this year will be a “dog fight for the top spot.”