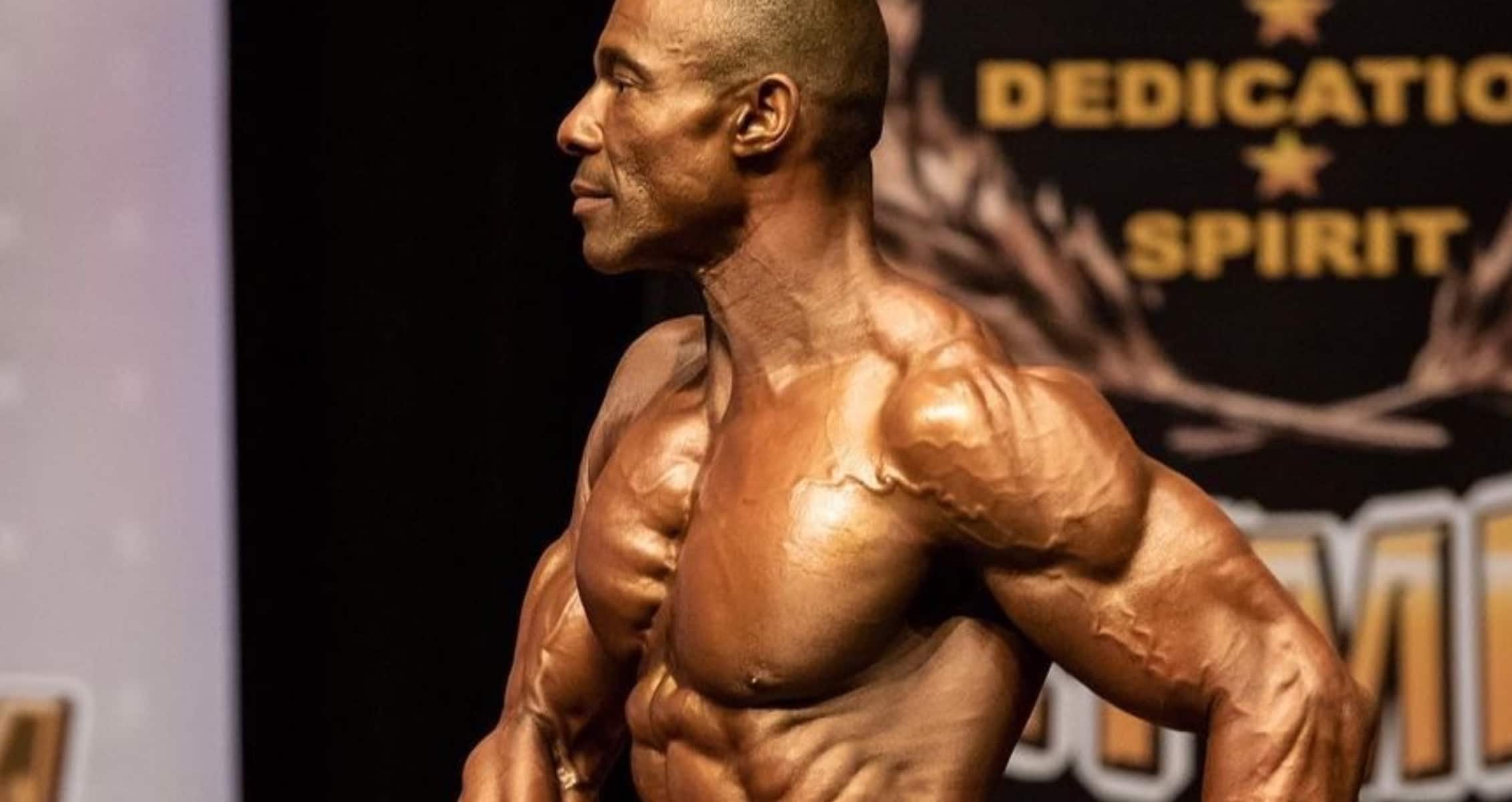 The biography, life, and accomplishments of Philip Ricardo Jr.

Philip Ricardo Jr. is also one of the INBA PNBA athletes who signed a multi-media contract with Generation Iron and Iron Man Magazine.

Below is a complete breakdown of Philip Ricardo Jr.’s profile, stats, biography, training, and diet regimen. 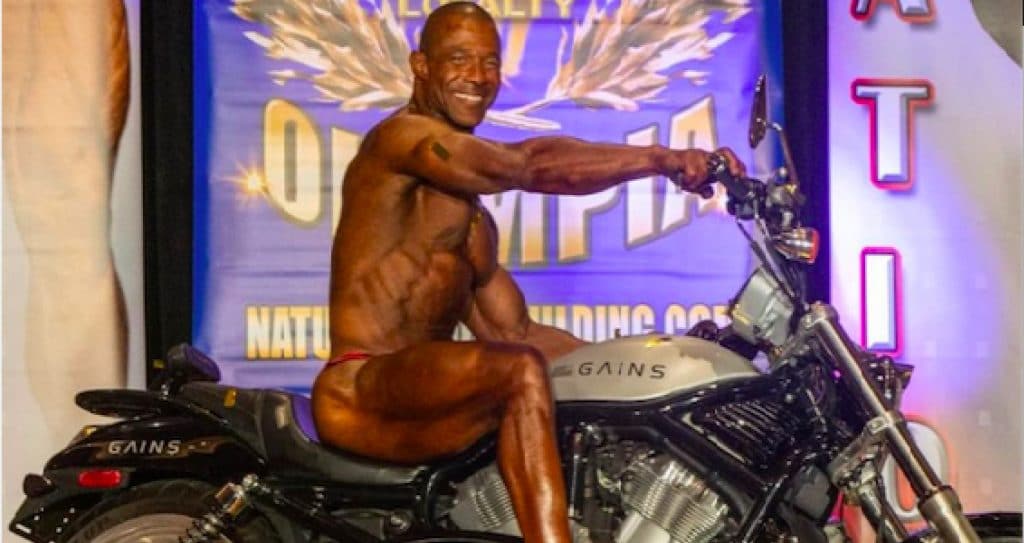 Philip Ricardo Jr. was born in Rochester, New York, on July 29, 1971. He didn’t always have the muscular and shredded physique he has now. As a kid, Ricardo Jr. was skinny and asthmatic. Despite those adversities, he played Pop-Warner football (favorite sport) in Brooklyn, New York. Philip Ricardo Jr. credits physical activity for relieving him of his asthma and allergies.

When Ricardo Jr. was 13 years old, his father introduced him to weightlifting by getting a plastic weight set for their apartment. He mirrored his dad and performed pushups, sit-ups, and other various exercises.

In 1985, his family moved to Illinois, where he played high school football. The weight training program there helped Ricardo Jr. see dramatic changes in his body. He was slim, lean, and muscular throughout high school.

Philip Ricardo Jr. enlisted in the Marine Corps upon graduating high school in 1989. After boot camp, he was stationed overseas in Iwakuni, Japan, where he worked out at the military base gym with veteran marines. Ricardo Jr.’s co-worker signed him up to compete in the Iwakuni Japan Marine Corps Based Bodybuilding Championships without his knowledge his second year overseas.

Despite not knowing how to pose, wearing multicolored speedos, and not shaving his body hair, Philip Ricardo Jr. managed to win his weight class. From that day on, Ricardo Jr. was enthralled with the sport of bodybuilding. He loved the experience of receiving a 1st place trophy and being on stage in front of people.

Ricardo Jr. continued to compete in a few small competitions in Japan, then was stationed in San Diego, California. The NPC held military shows, and he saw success in these events (non-drug tested NPC shows).

Later on, Philip Ricardo Jr. joined the American Bodybuilding Association (ABA) – a drug-free organization that is now known as the INBA PNBA. He competed against the best natural athletes globally with the ABA and had great success. He continued to compete with ABA and other federations to test his limits.

Philip Ricardo Jr. turned pro in 2003 with the PNBA. Since then, he’s competed as a natural bodybuilder for almost 20 years and has won professional titles in five different drug-free organizations. Ricardo Jr. has also been a content promoter for the INBA PNBA since 2014 and hosts the Pro/Am Philip Ricardo International Legends Classic in Virginia annually.

Philip Ricardo Jr.’s training split varies from month to month. Now that he’s 50 years old, he has to be wary of his training style to allow his body adequate recovery time for longevity. First, he rotates with heavier weights from a power hypertrophy upper-lower (PHUL) training style. Next, he does a hypertrophy phase, then a volume phase. Lastly, Ricardo Jr. does a de-load/high rep phase. (Each phase will last 4-6 weeks).

Below is what a typical workout week looks like for Philip Ricardo Jr.

Day 3 – Shoulders and Lower Back

“Since I love training all body parts, my favorite exercises tend to be tailored to my focus areas through the seasons of my career. When I first started training, squats became my favorite because I had to focus on building my legs, which were my weakness at that time.

After my legs became a strength, I wanted a wider back so lat pulldowns and pull-ups were my favorites. My shoulders also needed more development, so side laterals and rear delt movements were my number one exercises.

At this stage in my career, I have seen that my legs are starting to decline compared to my younger years, so I have been focused on step-lunges and straight-legged deadlifts to awaken the dormant muscles in my glutes and hamstrings without injuring my back with heavy squats.”

“My nutrition during the off-season is very relaxed, yet still structured. I do not count calories in the offseason, and I just make sure that I have a healthy protein source (e.g., chicken, turkey, steak, or protein bar/shake) with each meal. Carbohydrate and fat sources can come from any type of food, and I also allow myself sweets, candies, and desserts if I crave them.

Pre-contest is more structured and I avoid sweets, dairy, and high glycemic carbohydrate sources in my nutrition plan 6 out 7 days a week, but allow a relaxed day early in my contest prep. Since I prefer to do a longer contest prep (20-24 weeks) it allows for events like birthdays, holidays, and other special occasions to eat more relaxed meals guilt-free if needed.

My physique responds well to the shock it receives from a higher sugar or sodium meal once a week if I eat very clean during the week.”

“My supplementation is very basic, and I have been blessed to be sponsored by fellow INBA/PNBA Hall of Fame Men’s Physique Champion, Brandon Stewart with Elite Caliber Nutrition (ECN) and New Dawn Nutrition (NDN).

I use Creatine Monohydrate, Whey Isolate Protein, Organic Greens and Red (fruits and Vegetables), BCAA’s, Omega-3,6,9 & CLA, and Multi-vitamin/extra Vitamin D. Pre-contest, I do use a fat burner and L-Carnitine by ECN.”

Philip Ricardo Jr. is a retired marine and uses the skills he learned in the Marine Corps to work as a contractor for the government in the Washington D.C. area. He also has his own online coaching business at Team LEGENDS, where he works with about 15 clients at a time. In addition, Ricardo Jr. is a man of faith who is active at his church, Potomac Valley Church of Christ. Above all, Philip Ricardo Jr. is a husband to his wife Kelly Ricardo, a father to a son and three daughters, and a step-father to a step-daughter.