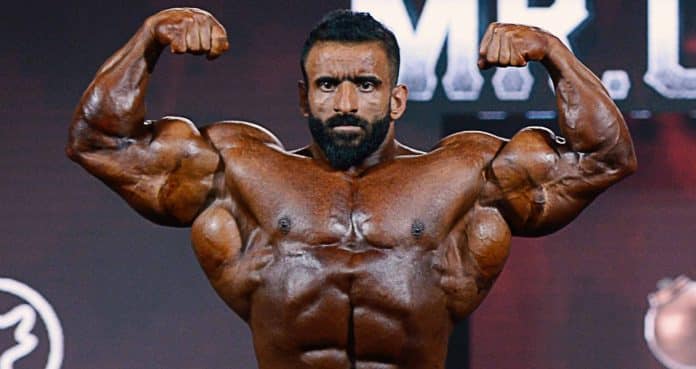 The biography, life, and accomplishments of Hadi Choopan

The 2022 Mr. Olympia contest has just wrapped up, crowning a new competitor has been crowned, dethroning the reigning champ, Big Ramy. Who is it? Hadi Choopan.

Hadi Choopan has gone through trials and tribulations to get where he is at, so let’s dive in to all of the things leading him to where he is today.

Below is a complete breakdown of Hadi Choopan’s profile, stats, biography, training and diet regimens. 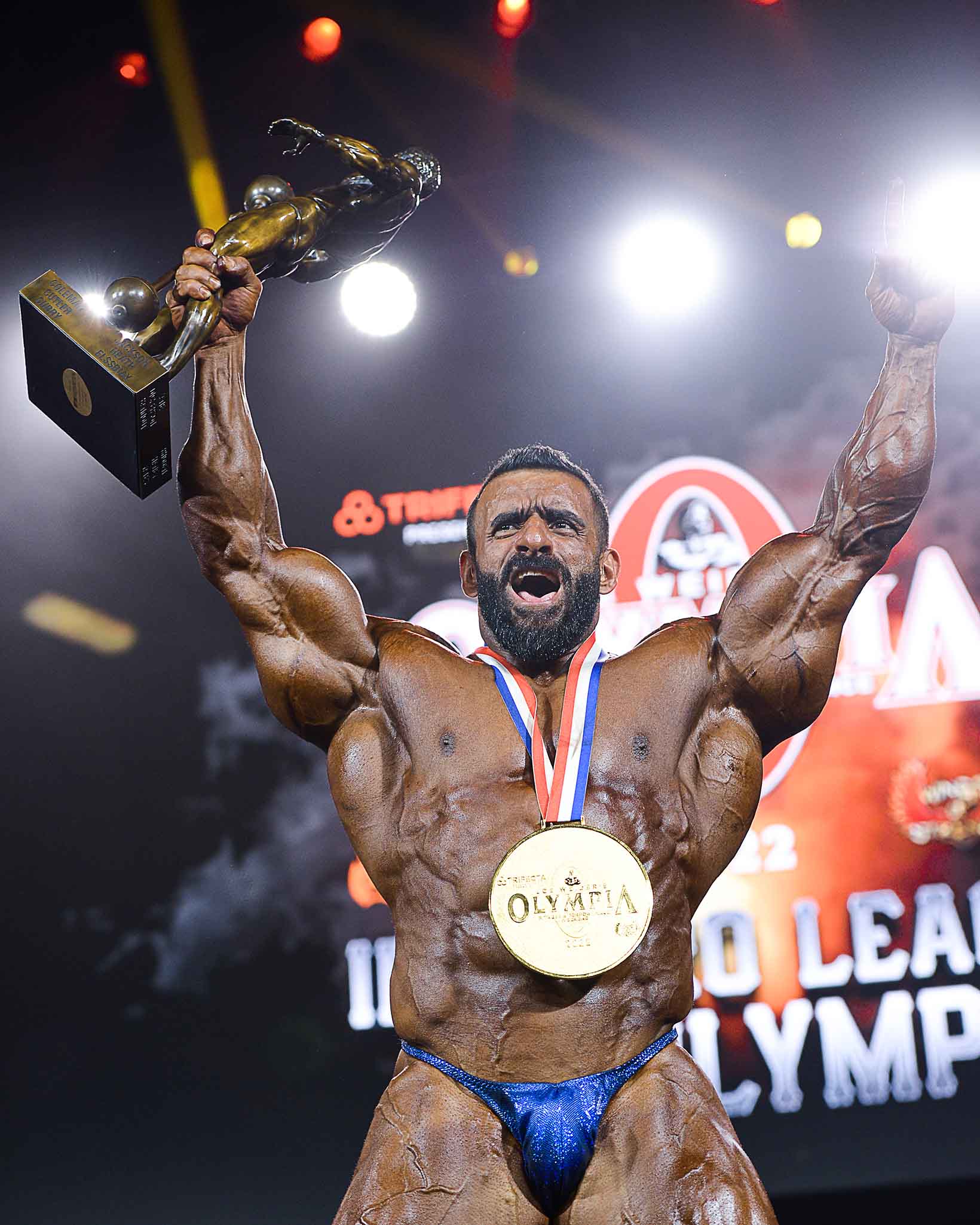 The backstory of Hadi Choopan begins in September of 1987, where he was born in Sepidan County, Fars Province, located in southern Iran. His family was very poor, making him a another product of the financially struggling region they were in. These poor conditions resulted in Hadi having to work at an early age. He would peddle goods alongside working in construction.

Even though he was always working, Choopan still managed to develop an interest in bodybuilding which started in the year 2000, at the age of 13. Hadi began mocking poses of other famous bodybuilders, in front of his family. However at first he was rather undersized, which resulted in jokes and push back from his friends and family.

Hadi Choopan was eventually able to gain some size. His first coach was Jamshid Owji, in 2002. Back then, Jamshid only allowed Hadi to lift 5kg weights, due to his small size. Even though the weights were light, Hadi was still putting on muscle mass.

In only three years of pursuing professional bodybuilding, Hadi Choopan earned a third place in a national competition. Additionally, he won first place in competitions in his native Providence Of Fars. Then in 2005 he won his first national title. This is where people started to take notice of Hadi.

Hadi would stop training with Jamshid Owji in 2008 and spend a few years without a trainer. Even with no trainer, he still managed to win more national titles. One of them was a silver medal at the WBPF World Bodybuilding Championships. Hadi went without a trainer until 2013. However at this point he began training with Ali Ne’mati. Once the two started working together, Hadi’s career as a bodybuilder began to take off.

Hadi Choopan won first place in 2013 at the WBPF Asia Championships. A good start to his professional run. He would return to compete at the WBPF World Bodybuilding Championships, winning gold three years in a row, from 2013 through 2015. He was successful, but only competed in these competitions during those years.

In 2017, Choopan would stop training with Ne’mati and he would go on to train with the one of the best known trainers in the world, Hany Rambod. The duo made even bigger jumps in Hadi’s career. He made his first showing under Rambod at the 2017 Mr. Olympia Amateur, where he managed to securer a gold medal.

Hadi Choopan competed three more times that year. He earned silver medals across the board. One of those being the 2017 Asia Grand Prix to multiple-time 212 Olympia champ Flex Lewis. Many in attendance saw this as controversial, saying it appeared that Choopan had a bigger and better physique than Lewis. However, it was at this point, that “The Persian Wolf” would be known worldwide in the bodybuilding community.

Choopan would unfortunately be met with issues receiving a U.S. Visa, to compete in the big shows stateside. This ruled him out of a few competitions over the years, including the Arnold Classic, and Mr. Olympia in 2018. Thankfully, was able to get the issues resolved for 2019.

Hadi Choopan uses a combination of strength training and hypertrophy training to get the best results. Typically, Hadi will spend one day a week, lifting heavy weights to focus on strength. Then he will then spend another day working for the same muscle groups focusing on volume.

Let’s take a look at an example of Hadi’s workouts and how the strength and hypertrophy aspect:

Hadi is known for his razor-sharp conditioning, so you’d assume that he is hitting the cardio hard. However, as far as cardio training is concerned, Choopan does not individually train cardio. Instead, when he does hypertrophy training, Hadi will only take 30 seconds to a minute between sets. He says this allows for his heart rate to stay up, improving his cardio, and burning fat. He is known to do two or three High-Intensity Training sessions a week, leading up to competitions. Other than that, there is no unique cardio routine he follows.

Hadi is a believer that diet is the most important aspect in crafting the physique you want. He focuses his diet around his desire to grow lean muscle. A lot of what Hadi eats consists of brown rice, avocados, and skinless chicken breast for the majority of the year. This helps him stay lean year round and ease into his contest prep.

Hadi Choopan also uses a variety of supplements alongside his strict diet. Here are some of his main supplements:

Hadi Choopan is someone who came from virtually nothing, but managed to make it work. He worked hard throughout his early years to grow and make a name for himself and have an impact on the sport of bodybuilding. Struggling to get a Visa and not being able to compete at some of the biggest shows in the world, Hadi was almost at a disadvantage in his IFBB career. However, through years and years of hard work, blood, sweat, and tears, Hadi Choopan was crowned the 2022 Mr. Olympia. 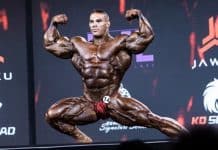